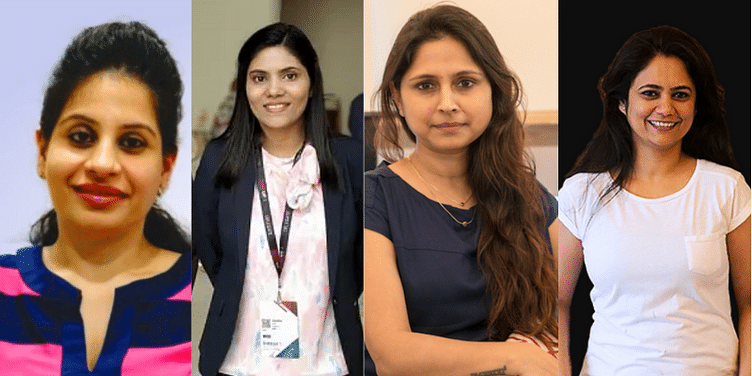 As startups chase to hit their next milestones, what it takes not only a team effort but also astute leadership from the people who make key decisions as well as lead the pack.

Entrepreneurs are on a constant hunt for the ‘right team and people’ and many believe it is the most important asset to any startup. Tracxn estimated that between 2012 and 2016, over Rs 1,000 crore was invested by VCs in HR startups.

While companies like LinkedIn and Oracle have a major foothold in the hiring game, startups are stepping up to solve niche problems in the market.

Here is a look at four women entrepreneurs who are solving various problems faced during hiring, both for companies to job seekers across the country:

Noting that employees often do not get reimbursed for travel cost and have to stay on top of an irregular process, she took the processes online by co-founding cloud-based interviewing platform called Interview Air, along with her husband Rohit Taneja.

Besides doing away with the hassle of long wait hours and expenses, the startup aims to connect talents from Tier II, III, and IV cities with top companies and enables job seekers to apply to multiple companies.

After companies register with IA and have shortlisted candidates, video interviews are conducted on the platform. Founded in 2015, the Mumbai-based startup has connected more than 25,000 job seekers with over 400 brands so far.

Aimed at helping companies hire candidates based on their soft skills, the startup conducts behavioural assessment by looking at candidates’ data points – such as facial expressions, words used, tone and inflexion of voice, micro-gestures, digital behaviour, among other things.

After the candidate completes an online session of 45 to 50 minutes, the algorithm generates a comprehensive BPC profile.

The year it was founded, nTalents received seed grants from Goldman Sachs and IIT Delhi, which it dedicated towards product development. The following year, the startup raised two separate seed grants from the Eklavya Foundation and NITI Aayog through IIM Bangalore’s startup incubator NSRCEL.

Vanishri Deshpande has been in the leadership recruitment space since 2004, and joined Flipkart’s talent acquisition team in 2011. Notably, she also helped core teams of several startups including Practo and Postman, and other portfolio companies of Nexus Venture Partners.

All too familiar with the struggles of finding top talents in startups and fetching the founders the ‘right team’, she started Spottabl (earlier known as ConnectEcho) in August 2017. She was soon joined by former ﻿Flipkart﻿ employee Satheesh KV as Co-founder and Chief Operating Officer.

The talent solutions company started with venture capital firms as its primary clientele and assisted in hiring senior leaders for their portfolio companies.

A strategic consultant in HR functions and talent acquisition, some of Spottabl’s services include talent advisory and solutions, recruitment as a service, talent branding solutions, Chief Human Resource Officer (CHRO) as a service, among others.

Sofia Chand started HRtech startup UpYourGame with co-founders Kishore Chand, Amogh Kamath and Tejas Kamath, all of whom were involved in the HR work for nearly a decade.

Having incorporated its India entity in January 2018, they have said that Sofia and Tejas are the face of the company who would take the lead in making investor pitches.

Speaking with various HR professionals prior to starting out, they noted that the problem lay in lack of data to back various issues employees faced with their managers that would cause them to leave.

The startup has a library of 2,300 goals and key performance indicators that organisations can choose from to keep track of each employee’s performance. The startup promises insights and transparency for both managers and team members.