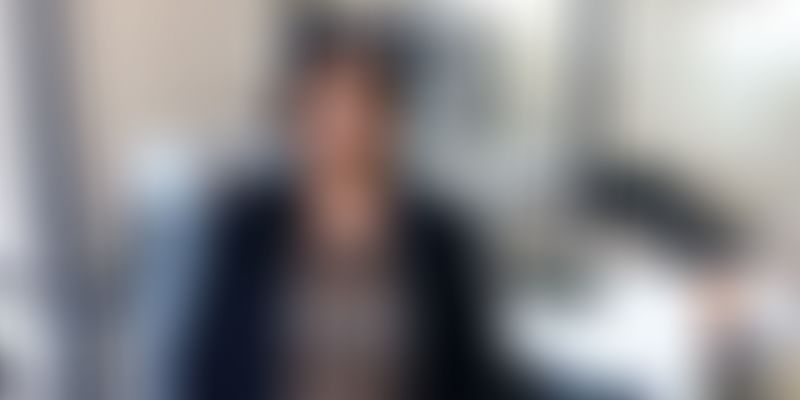 Right from her school days, Vanita Prasad made sure to bag scholarships to continue her education. From fifth grade until she completed her PhD in Biotechnology from the Department of Biotechnology and Central Scientific Industrial Research, Government of India, she gained fellowship.

Growing up in a conservative Punjabi family, she says: “I had to prove my ability at a young age and win scholarships so that my father could convince the rest of the family that I have to go for higher education.”

Today, Vanita is a successful entrepreneur, with more than two decades of experience as an environmental biotechnologist. She co-founded REVY Environmental Solutions in 2017, driven to solve water-related problems in Gujarat.

The Baroda-based startup has developed a cost-effective and indigenous process of treating wastewater, which also releases biogas in the process.

While studying about various allergies and diseases in the human body, Vanita used to collect blood samples.

“As a biotechnologist, I felt I should tackle the root cause of all the diseases - which is poor waste management and sanitation, rather than studying about allergies,” recalls Vanita.

However, Vanita’s priorities changed when she got married and had to move to Gujarat. She took up a full-time job as a lecturer in Vidyanagar College and The Maharaja Sayajirao University of Baroda. However, poor sanitation and lack of drinking water plaguing underprivileged population continued to worry her.

Further, Vanita states that most sewage and industrial effluents goes directly to the river water, untreated. As a mother, I wanted enough clean water for my children and grandchildren, she adds.

While working as the head of research and development at Paramount Limited, an environment consultancy firm, Vanita met with an accident and fractured her spine.

Vanita says, she took the time to study more about water-related issues and management across the world. Soon, she started writing a project on microbial consortia, which can treat wastewater by recovering nutrients as well as energy. The entrepreneur successfully gathered 650 different microbes required for efficient degradation of any biological material into methane, which can be used as a biogas.

Vanita explains, “Our microbial consortia can be added to any anaerobic reactor that wastewater treatment plants have, and it will act as a catalyst to treat the water at a higher loading rate, which allows direct use for irrigation purposes as well as energy recovery along the way.”

Currently operating on a B2B model, the startup caters to the industrial sector, and counts PepsiCo among its clients. It also offers consultancy service regarding feasibility of wastewater management and advises on technology selection and ways of treatment.

In January 2019, REVY raised equity-free seed fund of $10,000 from POWERED accelerator. Moving ahead, it is looking to raise more funds, and plans on commercialising for consumer market in households by 2021.

Notably, the startup’s innovation was recognised as the winning solution under the category of low energy and cost-effective sustainable solutions for wastewater treatment during the India-Israel Innovation Challenge 2017 in the presence of the Prime Ministers of both the countries.

Being a women entrepreneur

Vanita used to suffer from severe headache as a child. The entrepreneur vividly recalls going to AIIMS in Delhi for a CAT scan when she was 8-years-old. “Going through the majestic machine, I wondered what and how the machine could read and tell what was going on inside the brain and diagnose the pain,” recalls Vanita.

She says, that was the moment she fell in love with science and wanted to learn how the human body functions and pursued it with scholarships.

However, entrepreneurship presented its own set of gender biases. When she started working on the project, most people thought the research project was a leisure activity and hobby that Vanita was doing to keep herself occupied.

“People started taking me seriously only when I got two male co-founders with their respective expertise in business development and finance. Only then they saw it as a business,” she adds.

Additionally, while networking with stakeholders in the industry as a woman entrepreneur, many questioned her ability to solve “complicated” problems in the field of waste management.

With numerous awards to her name and having stayed focussed on the problem, Vanita is now letting her work speak for itself.