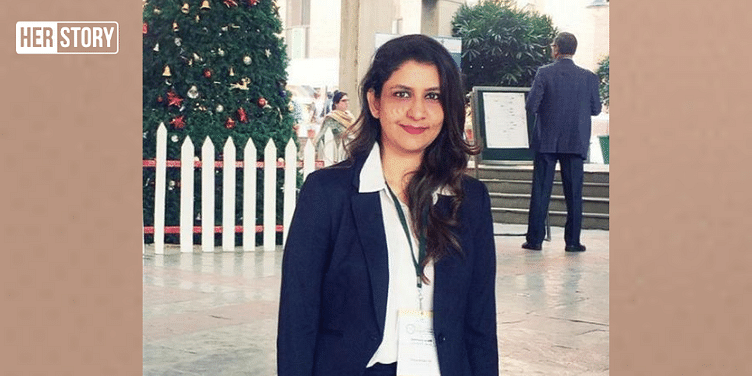 Chennai-based Paterson Energy, founded by Vidya Amarnath in 2016, is on a mission to convert plastic waste into a source of energy.

In a world waking up to the far-reaching impact of climate change, Chennai-based startup ﻿Paterson Energy﻿ is aiming to convert plastics into fuel making it the next big hope in the environmental conservation discourse.

It all began when Vidya Amarnath learnt that most plastic managers and recyclers work only with quality plastic – with quality retained only up to recycling twice or thrice – and dumped the rest into oceans and landfills. That’s when it struck her that a mere segregation of waste was not enough.

A former employee at the Bank of America and ABN Amro Bank, and a newscaster at SunTv at the time, Vidya started looking into plastic waste management as a social initiative before establishing Paterson Energy as a business venture in 2016.

“We started working with IITs and the Central Institute of Plastic Engineering and Technology to find better ways of using a resource like plastic instead of making a “Frankenstein monster” out of it and kicking away the hero element of its benefits and ease of use,” the Founder and Director tells HerStory.

Today, the entrepreneur has pioneered Thermochemical Depolymerisation (TCD), a chemical reaction that uses heat to break down molecules and convert plastic waste into fuel. She had come across TCD technology being applied to tyres to convert into oil and looked at applying the same process for plastic, which is essentially derived from crude oil.

Vidya has been able to perfect this with Paterson Energy’s two TCD plants that has zero effluents and emission and the fuel derived was named as Verte-X. This can be used by client companies in place of furnace oil or diesel variants to save costs. Several allied technologies also provide heating and cooling solutions, generate electricity, and discharge carbon char that can be used by the tyre manufacturing industry.

One of its plants, located in Mathura is backed by Public Sector Undertaking (PSU) Engineers India who funded 60 percent of the project and whetted the plant’s design for tech safety. The project’s collaboration with the Government of India’s Swachch Bharat Abhiyaan, has been a feather in the cap for Vidya and Paterson Energy.

In the future, the startup plans on operating only the existing two plants and focus on setting up such plants for others, provide operational training while taking up the maintenance responsibility of these plants.

Vidya believes one of the biggest misconceptions people have is that plastic waste, raw material for the startup, is easily available. While most companies count on selling plastic as an additional revenue vertical and hence, convincing them to divert the use of such waste plastic is a major challenge.

“Companies do not understand the bigger rewards by aligning with us. For example, a car manufacturing company makes about Rs 1 crore a year by selling plastic waste, which includes spare parts like seat and the deck of the car with lots of plastic elements. Now when I meet them, they’d ask why would I give you my plastic for free of cost or even at a lower price when I am making crores by simply selling them,” Vidya says.

Often, the entrepreneur has had to explain that they could build an eco-conscious automobile brand by constructing a narrative around plastic waste management. “Imagine the publicity and resonance among the public when a car company announces that the plastic waste generated from cars is actually converted into diesel through an eco-friendly process. From just Rs 1 crore, they can end up making a lot more,” she adds.

Vidya believes it’s the government’s responsibility to introduce policy measures to help such companies transition from traditional manufacturing processes and operations to adopting newer technologies. The entrepreneur cites the example of European countries where it is mandatory for advanced fuels like fuel from plastic waste and solar energy to make up 14 to 31 percent of energy consumption.

Bootstrapped so far, the startup is gradually receiving attention from angel investors, most of whom are at higher leadership roles of companies with heavy plastic usage.

Most of the capital is invested in Research and development, a major component of the startup’s function where they study the composition of every new kind of plastic. She explains, “While the world is lauding the environmental rejuvenation due to lockdown, we as a startup are dealing with large amounts of plastic waste from PPEs.”

At present, the startup’s operations has come to a halt since the nationwide lockdown in March due to migration of labourers to their hometowns.

“We're at a standstill at the moment, and capital infusion has been a big problem. I wish more people, instead of talking about encouraging women, actually show it on the ground by putting money in solid projects. When one of the biggest PSUs like Engineers India can back us, what is making venture capital firms doubt the technology? But that's how the real world is.”

She says being a woman entrepreneur makes it doubly hard to have access to funds. “Often, I have to camouflage my existence in the company behind the male co-founders just so that we are not viewed as a sole woman entrepreneur-led startup. Plus, all these questions about how to juggle between the work environment and personal life are never targeted at men. Having said that, you live in this world and you will have to fight those problems.”