The irony of toxic cleaning products led this woman entrepreneur to start a plant-based, eco-friendly alternative 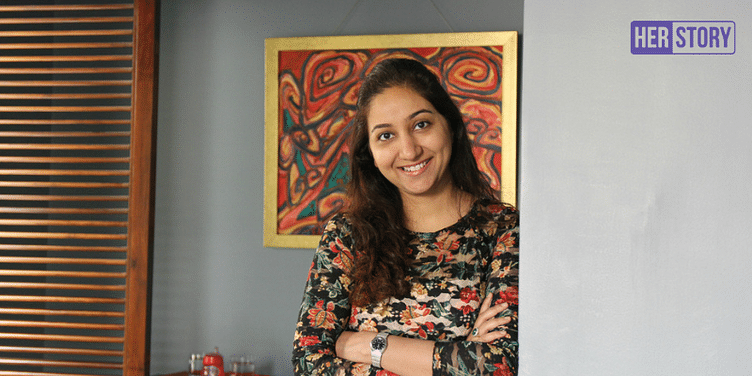 “If in contact with skin or eye, wash cautiously with water. If the irritation persists, seek medical attention.” Nearly all household surface cleaners bear this caution. The companies which make these products often take the leeway of not informing the consumers about the chemicals used to make such agents as there is little to no legislation addressing this. They are not included in the Drugs and Cosmetics Act of 1940.

The irony did not sit well with 38-year-old Simran Khara who is a consumer and mother to a 4-year-old daughter. She tells HerStory, “If the law does not mandate mentioning the ingredients that are so toxic that you may need to see a doctor, then that is a big problem for me.”

This prompted Simran to launch a plant-based home and hygiene brand ﻿Kopraan﻿and made sure that transparency remains the key value.

Founded in November 2019, the Delhi-based startup’s first four products – floor cleaner, dishwashing liquid, hand wash, and all-purpose cleaner – are set to launch by the end of this month. The function and source for each of these products are mentioned on Kopraan’s website so that potential customers aren’t kept in the dark regarding ingredients used.

For example, surfactants such as Lauryl Glucoside and Decyl Glucoside used in the floor cleaner are naturally derived from sugarcane and coconut. Simran also avoids what she calls ‘seven sins of chemicals’ which are – Paraben, Triclosan, Ammonia, Phosphate, EDTA, Phthalates, and Chlorine. The entrepreneur says they are not a necessity and can prepare formulations just as effective without these chemicals.

She says that while the anti-bacterial claim of Triclosan chemical composition (present in most handwashing liquids) might seem promising, its excessive use builds antimicrobial resistance. Further, the Food and Drug Association (FDA) has banned the use of Triclosan in the US.

“Brightly-coloured cleaners or bright yellow dishwashing liquids surely don’t get the colouring due to ‘the power of 1,000 lemons,’ however, the colour can remain on the dishes even after washing. They do not add to your cleaning, fragrance or serve any other purpose,” she explains, adding that Kopraan strictly does not use synthetic dye in their products.

Simran believes in the idea of minimal formulation and says, “If something can be made to function just as well with six ingredients, then I am not going to use 60 because often there is toxicity at the intersection of two chemicals and we want to avoid that.”

Research has shown that such chemicals penetrate the skin in small amounts. While Triclosan affects our immune sytem, Paraben increases the risk of breast cancer.

Starting up amid the pandemic

Working closely with formulators in the lab for six months, Simran made sure the products met international standards. At the same time, they were mindful that what was created in the lab would be suited for manufacturing as well as labs are a very controlled environment.

However, as soon as she set production into motion, the COVID-19 crisis broke out in India.

“Our facility of printing labels went into a severe lockdown, and one of the bottles suppliers fell into the containment zone. I was also getting bottles and tops from a certain place but due to the outrage about China, I had to switch to vendors from a different country,” she recalls some of the challenges.

All this caused her to delay launching the product but the entrepreneur says it also made her realise how one has to be dynamic enough to accommodate change and disruption.

Kopraan’s team of four members came together virtually after the COVID-19-induced lockdown to prepare for the launch. While Simran declines to reveal the price range of the products, she says that they will be available at a premium rate. “There is also going to be a little bit of price discovery,” she quips.

The products will be available on ecommerce platforms like Amazon, Flipkart, Snapdeal, Shopclues, Foxy, Seniority, and Qtrove, besides on Kopraan’s website.

Bootstrapped so far, Simran sees scope in the health and hygiene space to accommodate at least a range of 10 to 12 products from the brand. She is hopeful of tapping the international market, especially in the Southeast Asian countries where she says the per capita spend on home cleaning products is very attractive. Such products have become a daily necessity in the post-COVID-19 world.

Taking into account the business complexities and the state of the economy, Simran hopes to raise funds within a year.

Being your own critic and cheerleader

With Master’s in management from The London School of Economics and Political Science (2002-2003) and MBA from Indian School of Business (2005-2006), Simran’s professional career spanning over two decades were spent in corporates such as McKinsey, entertainment company Star TV network, as well as Juggernaut Books where she led a smaller team as the CEO.

While the corporate jobs made her a better thinker, planner, and more disciplined worker, the last stint at Juggernaut gave her a taste of what it takes to run a company and the thrill of seeing your vision turn into reality. She was her own boss, similar to an entrepreneur.

Hailing from a family of government services, she says that the idea of starting was tolerated as your next idea at best. But as an entrepreneur, the initial challenge was “to find enough gumption when it is a germ of an idea.”

“Half the day you have to believe in your idea and the other half, you have to be your biggest critic and discredit it to the point where you keep all the market challenges in mind. For example, knowing that anybody can sell on Amazon with a low barrier to entry. So, what will make your product special, what will be different about your proposition?” she examines.

The entrepreneur says being your critic at a stage when you are alone and have to draw energy from yourself is a big challenge.

Now, as she readies for launch, Simran says there's a certain sense of calm as the nuts and bolts are in place. However, she is prepared to weather the big storm as the true test of her brand and leadership will come when she starts selling the products and receives consumer feedback.