With nearly three decades of experience, this entrepreneur has designed homes of RP Sanjeev Goenka, the Birla family 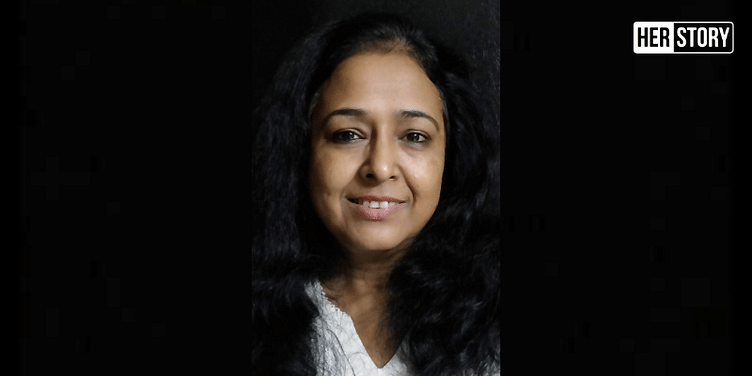 Hailing from Allahabad, interior designer-entrepreneur Sushmita Singh has started up twice and made an average revenue of Rs 10 crore every four to five years.

Sushmita Singh claims to be a perfectionist, taking on life one task at a time. The 22-year-old wanted to earn a name for herself instead of being referred to as her "father's daughter" — a common expression for women in her hometown Allahabad, Uttar Pradesh.

"One of my school friends had pursued commercial designing in Delhi. I heard about the professions in designing for the first time, but I was sure that I did not want to live a nine to five professional life. So I decided to explore the field of designing, and see what happens," Sushmita tells HerStory.

A graduate from the Allahabad University in ancient history, philosophy, and English literature, she pursued a diploma in interior design from South Delhi Polytechnic for Women in 1992. The designer-entrepreneur was never overwhelmed by the national capital and stayed abreast with current trends by reading newspapers and books.

A few weeks into her first job, Sushmita says, there was no looking back. Nearly three decades later, she now knows the ins and out of her profession, and finds the same joy and excitement as if she was starting new.

With clients like Kareena Kapoor and Vidya Balan, Lovetobag is all set to reach Rs 5 Cr in revenue

As most designers aspire, Sushmita, too, knew that she would eventually start her own interior designing business. But before that, she had to learn the trick of the trades. In 1992, she started working as a junior designer at Methodex Systems, and successfully climbed up the professional ladder.

“I wanted to learn the trade and see how it works with staff and employees as well. More importantly, one needs to understand the minor details, and I wanted to learn on the job and to be perfect,” she shares.

While Sushmita left no stones unturned in perfecting her tasks, she is grateful for having worked under her boss Sangeeta Kataria’s guidance, who was also the owner of the Claridges Hotel in Delhi.

“At 23, I learned a lot about managing businesses, and she even encouraged me to give a shot at marketing. She advised that even though I ace my role as a designer, I should know how to market my skills and services when I start on my own,” Sushmita says.

In her combined role as a concept marketer and designer, Sushmita got onboard clients like The Week and the Deccan Herald. The office renovation projects attracted about Rs 8 lakh per office, which Sushmita claims to be a lot at the time.

These projects were designed in such a way that the office space and furniture could be taken down and assembled. “I had worked on this concept before that is gaining popularity as ‘knockout design’ today,” says Sushmita, who spent days working overtime to see the completion of these projects.

In 1994, after working on corporate projects for two years, Sushmita decided to change jobs and joined Raheja Continental — a Delhi-based design firm that catered to private residences and handled projects worth Rs 100 crore. For Sushmita, working for Raheja involved designing the residential spaces of business magnates, including BM Khaitan, RP Sanjeev Goenka, and the Birla family.

Sushmita describes that interior design was considered as a man’s job at the time, but luckily for her, she did not face gender discrimination at her workplace.

Sushmita spent most of her waking hours at work, and naturally, the people she worked with became her friends. When she started her firm ALZ interiors in September 1996, most of the firm’s businesses came through her well-established network of friends. She takes a 25 percent advance from her clients at the beginning of all her projects.

Starting with a zero investment, Sushmita has managed to even set up a manufacturing unit for furniture in Noida. Handling about eight to 10 projects worth crores in a year, Sushmita caters to individual clients, as well as organisations, including UNICEF, Footwear Design and Development Institute (FDDI), Expo mart, private schools, and hospitals.

However, the entrepreneur shut shop in 2011 and took a break to look after her teenage son’s academics. However, she couldn’t sit idle for long and took a plunge at teaching. She taught interior design at the Pearl Academy in New Delhi for two years.

As more people approached her with designing projects, she started a new firm based out of New Delhi called Sushmita Singh Designs.

Through her two firms, Sushmita has clocked a revenue of Rs 10 crore every four to five years. However, the COVID-19 induced lockdown has dampened her business.

Tapping into the Indian interior design market, which is estimated to be valued between $20 billion and $30 billion, Sushmita is handling three projects worth Rs 1 crore at present.

Sushmita says, "At the end of the day, the fact that I can sleep at night, have clients, vendors, and workers working with me for 15 to 20 years, and more, makes me believe that I have made some difference."