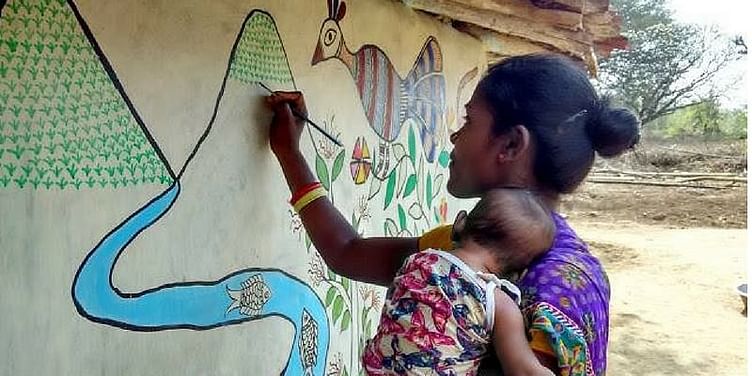 Gender and identity politics is important while discussing the experiences of Dalit women in the country. Here are five women who are taking the conversations forward with their writings.

Despite many developments and rise in the standard of living, India is not too modern to believe and practice equality for all, as enshrined in the constitution of the world's largest democracy. In many parts of India, society does not see lower castes and Dalit people as equals. They are bound by traditional roles they are supposed to play in a society, according to ancient texts.

Discussions around caste-based atrocities became a pressing issue after four upper caste men were accused of raping a 19-year-old Dalit woman who succumbed to her injuries. The victim’s body was cremated by the police without her family’s consent and this created a huge furore.

Many argue that the horror of injustice goes to show a lack of dignity and exploitation of lower caste people, especially women in India.

Here are five feminist writers hailing from the Dalit community who have written about their experiences, voicing the need for a better and kinder world.

Bama Faustina Soosairaj, better known as Bama, is a feminist writer who admired Tamil writers like Jayakantan, Akhilan, Mani, and Parthasarthy early in her life. Working in convents as a teacher and seeing ill-treatment towards Dalit children encouraged her to write.

Her thoughts centred on caste and gender discrimination, and she believed that the act of writing itself was a political act and weapon.

As a social worker, she also took a loan to establish a school for Dalit children in Tamil Nadu. Bama passed away on April 21, 2012.

Babytai Kamble was raised by her maternal grandparents and is part of the Mahar community of Dalit population, where most people lived in poverty. Married as a child to a store owner, working at the store introduced her to the world of words and literature through the newspapers that wrapped up the groceries.

Babytai started writing about the experiences of being a Dalit woman and the exploitation many in her community faced due to gender and caste. She was among the first writers to give this perspective although there were several male Dalit writers. But for 20 years, she kept her writing a secret from her husband and family.

Her work recounts the difficulties women in Mahar faced after bearing many children, and the influence of icon BR Ambedkar who hails from the community.

An Ambedkarite scholar, Kumud Pawade had experienced the dichotomy of Hindu society throughout her life. She was born into a Mahar Dalit family in 1938 and married to upper caste freedom fighter and Ambedkarite, Motiram Pawade.

As a child, she was beaten and ridiculed at school by her classmates and teachers, but topped the class and later completed an MA in Sanskrit with distinction. When schools and universities did not offer her a teaching position, stating they would lose students by appointing a Dalit teacher, she wrote and heard back from PM Jawaharlal Nehru with Rs 250 and advice to meet the Chief Minister of Maharashtra, Yeshwanthrao Chavan.

The appeal fell on deaf ears as the CM helped little with her employment as a Sanskrit teacher and advised her to pursue further studies.

Fortunately or unfortunately, gaining an upper-caste surname after marrying Motiram, who used to teach underprivileged children in her neighbourhood, opened up a lot of opportunities. After decades of teaching and heading the Sanskrit department at the Government College in Amravati, she was declared a Pandita by the Nagpur Mahavidyalaya.

Her book, Anthaspot/Thoughtful Outburst (1981) is a feminist take on the exploitation that Dalit women face due to their gender and caste.

Born an “untouchable” as deemed by society, Sujatha Gilda grew up in a Dalit community in Kakinada in Andhra Pradesh before moving to New York at the age of 26 in 1990.

Her early act of resisting caste-based discrimination includes a protest during her second year of Master’s MSc Physics at the Regional Engineering College, Warangal. She was the only woman participating in the strike against an upper-caste professor who failed lower-caste students. She contracted tuberculosis while the protestors were jailed for three months in an undisclosed location.

In her book, Ants among Elephants: An Untouchable Family and the Making of Modern India, the author shares her account of growing up in poverty and her community’s unacknowledged presence.

The tragic suicide of PhD scholar Rohith Vemula in January 2016 sparked huge discussions around caste-based atrocities. Three days later, it led New-York-based journalist Yeshica Dutt to rip the curtain on her identity as a Dalit woman on Facebook. She penned Coming out as Dalit: A Memoir, recounting her experience of being a Dalit woman, the privilege of hiding the identity and the guilt associated with it.

The writer-activist has been vocal about caste-based violence and equality ever since. She also started a blog, Documents of Dalit Discrimination, where Dalits can freely share their experiences without being judged.