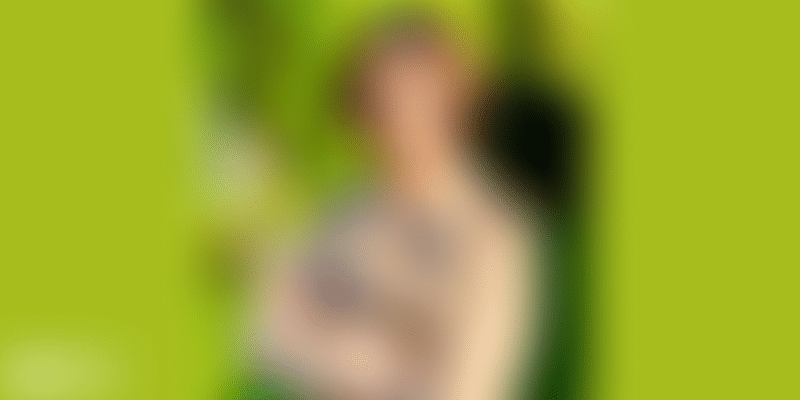 Sonia D’Souza Bhavsar is the Founder of Dropledge, a mobile gamification platform that aims to address social issues and help people make informed decisions through games.

In 2011, Sonia D’Souza-Bhavsar left a flourishing career in the PR and event management industry to move to China with her husband. It was an exciting time as digital and ecommerce were becoming big players and changing the face of the industry.

“Those were the peak years for BAT (Baidu, Tencent, Alibaba), especially Tencent, leveraging the gaming industry,” she recalls. In 2015, Sonia moved to Singapore with her two-and-a-half-year-old son to “experience another side of an advanced nation not just moving forward digitally to bring the convenience to its people but also, the ‘human’ benefits of digitalisation in healthcare, childcare, and adult care”.

By this time, she was determined to find a way to invest all her learnings and exposure into creating a platform that could become the bridge for both worlds – digital and technology helping not just solve business challenges but real human/ issues that the planet is facing. While sharing these thoughts with her friends during a coffee conversation, the idea of Dropledge was born.

In 2019, she moved to London and her resolve started to turn into a reality. “The idea of Dropledge - a mobile gamification platform to address social issues was sighted as a perfect opportunity, given the rising mobile gaming trend globally,” she says.

Sonia also realised that when it came to gaming as an opportunity, over 2.3 billion people played video games worldwide and spent nearly $140 billion on games annually. Also, India ranked #2 with 250 million gamers. And the revenue from video gaming is larger than that from Hollywood, Bollywood, and worldwide recorded music sales combined.

“We decided to develop gamification tech to contribute towards the most alarming issue we are facing today… the climate crisis. If we continue to act the way we do today, we will replace fish with plastic in the sea, magnificent creatures will soon be extinct, we would be breathing poisonous air and polluted waters with no natural resources will be left for coming generations. The issue as big as this cannot be solved with a few handful of activists and NGOs, but needs a lot of us to work towards it. The question was how we can get masses to involve in contributing towards the issue actively,” she explains.

Sonia says she decided to create a platform that creates an experience of making a difference and also enabling physical change by (1) taking pledges – real actions, (2) opting for substitutes than using harmful products, and (3) by supporting genuine NGOs.

“Dropledge is a one-of-a-kind platform that gamifies social challenges to inculcate a behavioural change to lead a sustainable and enriched human life, range/services. We develop games that help its players directly and indirectly contribute towards social issues. Through games, it provides actionable knowledge to its players and bringing in change by influencing the users’ subconscious mind with the aid of technology,” she says.

Its recent successfully launched game, Ocean Heroes, tackles the issue of plastic waste/pollution in the oceans, and has already shown tremendous headway in just two months of its launch. Dropledge is a global team with Sonia based in London, its developers along with the project lead and a business development director based in India. It also banks on a team of advisers who come from social sciences and philanthropy backgrounds.

“Our target audience is people with smartphones and are 15 years+ age, across regions and not just from India. They are casual as well as avid gamers. On the B2B front, our clients include governments as well as CSR initiatives at corporates who are willing to bring in change via using innovative ways and technologies,” Sonia says.

“It’s proven that gaming has an impact on our emotions. We all have seen the recent threat some vicious games brought to us such as Blue-Whale and Momo - targeting children and persuading them to do ‘sui side’. We are trying to reverse engineer the process via Dropledge as there is enough evidence that playing ‘certain type’ of games increases their decision making and emotional positivity,” she adds.

She also cites the example of Dropledge’s recent game Ocean Hero specifically, where third-party research showed massive 4.7 times uplift in users who confirmed to ban the use of single plastic from their daily lives after interacting with the platform - a very promising count.

During the launch of Ocean-Hero in the pre-COVID-19 period, the platform was also able to bring children with special needs, parents, and teachers together to conduct beach cleanups as well as educational drives in schools.

For its upcoming game - Food Drivez, which targets the issue of ‘Hunger’: as part of on-ground activity support, it is looking to raise funds to support 3,000 tribal families in Maharashtra to help them survive the pandemic.

As Dropledge aims to expand with 12 more games targeting social issues in the next 18-24 months, it is planning to raise funds through seed funding. It is part of QWEIN (Qualcomm Women Entrepreneurs India Network) that aims to empower women entrepreneurs in the country.

She believes being part of this cohort has helped her learn and make connections with fellow entrepreneurs and mentors in a similar or new work field. (Virtually) meeting them has surely led to new opportunities, growth, and helped build a network.

Sonia says the growth of the platform has been encouraging.

“For the first game targeted towards plastic pollution, during the test period, it got 60K+ downloads within 10 of the launch. Users came from across five continents and 20+ countries. It achieved 1.2 million+ organic impressions as the media picked up the story. Numerous NGOs and like-minded eco-warriors Jane McGonigal, Dhruv Boruah, Svein Tveidal, and more started supporting the platform,” says Sonia.

In May 2020, Dropledge was chosen by the United Nations with its special accreditation under the Sustainable Development Goals #14, i.e., Life Below Water.

In October 2020, UN’s playing for planet announced its partnership with Dropledge together with select platforms like Sony PlayStation, Google Stadia, and Microsoft Game Studios.

In the future, Dropledge aims to launch 12 new games focussed on hunger and waste management. At the drawing board are also games on a number of subjects like women empowerment, prevention of hate crimes, animal protection, ecological preservation, public health, deforestation, migrant workers, and child protection.

“Our goal is to get 0.7 billion people globally playing Dropledge’s cause-based games in coming three to five years. Today, 21 billion hours are spent on mobile games by 1.5 billion users worldwide. If we get more of them to do one positive act, one habit change, one life saved by each, the scale of that impact will be bigger than ever and will impact positively to each and every species that exists on this planet,” she says.