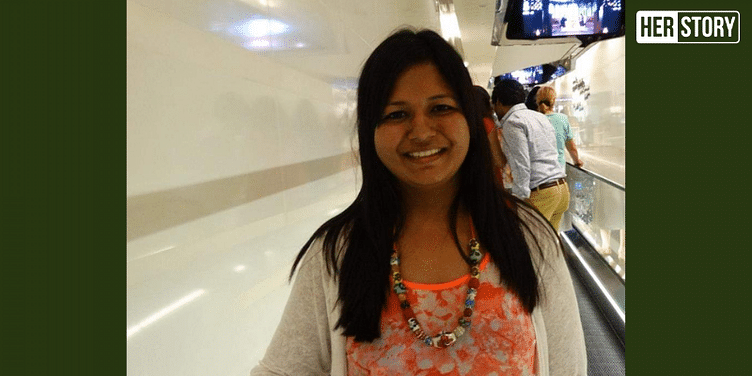 Based in Surat, and started by Shruti Tibrewal, BebeBurp offers a range of organic and healthy food and snacks for babies older than six months.

Wanting the best for her child led former marketing specialist Shruti Tibrewal towards entrepreneurship. After giving birth to her son in 2015, Shruti, along with her husband Bharat Tibrewal and brother Chirag Gupta scoured every supermarket and local store in Surat for healthy and organic baby food.

A working mother, Shruti was looking for organic and healthy yet easy-to-cook options and she turned to her grandmothers who had raised many children at a time in a joint family. When Shruti began preparing mixes for her son, it became a hit with her friends and family members who were parents.

Many conversations with her grandparents and a few courses on baby food later, the trio decided to start BebeBurp in 2017.

Based in Surat, BebeBurp offers a wide range of organic and ready-to-eat baby food like oatmeal mix, khichdi mix, millet mix, barley mix, ragi cookies, and oats and raisin cookies, among others. Priced between Rs 109 and Rs 239, Shruti says the products are based on “traditional food recipes from her grandmothers’ kitchen with a modern twist.”

"More importantly, mothers can feed their little ones free of guilt. They don't have to constantly feel they are being too caught up with work and unable to take care of their babies," she says.

Chirag who takes care of marketing and logistics says making customers switch from popular baby food brands like Nestle and Cerelac to try theirs has been a key challenge. To address this, the founders began focussing on educating the parents on the benefits of ingredients like ragi in boosting immunity and overall health. When in a hurry, Chirag explains that most Indian households are used to feeding Parle-G biscuits dipped in water as a healthy option, unaware of the high content of sugar and glucose that is unhealthy for babies.

BebeBurp has leveraged social media platforms and used posters in Surat to market their products, which caters to babies older than six months. Shruti says that being a mother has helped her understand the needs of customers better.

Starting off as an online marketplace, BebeBurp is also available on platforms like ﻿Flipkart﻿, ﻿FirstCry﻿, Mybabycart, Eazelly, and Babiesbloomstore. They found that most of the sales were coming from Bombay, Pune, Tamil Nadu, and other South Indian states. The entrepreneurs narrowed down their target audience further and ramped up digital marketing activities in these regions.

Some of BebeBurp’s competitors include The Mumum Company and Early Food.

As a home-based business, BebeBurp started with an initial investment of over Rs 1 lakh and clocks Rs 35 lakh in revenue annually. As the market for baby food products in India is expected to grow annually at 9.8 percent between 2021 and 2015, according to Statista, the startup hopes to expand its retail business, which is concentrated only in Gujarat at present, across different cities of India.

Besides several departmental stores, the startup has also tied up with 15 pediatricians in Surat who recommend BebeBurp’s products to parents.

Bharat adds that the startup ventured into the offline market only a few months back and hopes this move will boost revenue in the coming years. During COVID-19, sales took a major hit and the company had to shut down for four months due to logistics-related issues during the nationwide lockdowns. However, it is now active in both markets.

Present in five cities, the bootstrapped startup hopes to enter 12 cities by the end of this year and is looking to raise seed funding for the same.

"We are looking forward to investors not just for infusion of funds but also for strategic help in taking the brand forward and being part of the startup's growth," Bharat adds.