Author Anuja Chauhan’s latest book is a breezy, funny whodunit that keeps you hooked till the end 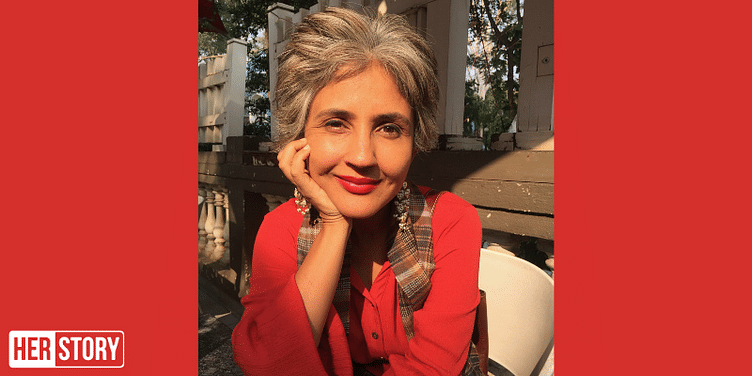 Club You To Death may be a detour from author Anuja Chauhan’s usual writing style, but she brings back the setting of Lutyens’ Delhi and some diverse characters in this interesting murder mystery.

If you are a fan of Anuja Chauhan’s books, her latest will not disappoint you. After a somewhat serious and patriotic Baaz, Anuja returns to Delhi in her latest whodunit, Club You To Death.

Peppered with Delhiisms, with some Hinglish thrown in, the novel’s characters are members of the posh Delhi Turf Club. Their lives are overturned by the death of the hunky personal trainer at its gym.

There are conspiracy theories and ACP Bhavani Singh must get to the bottom of it while Akash ‘Kashi’ Dogra pitches in to help.

It seems like a simple crime, but a complicated series of events makes it difficult to solve, with the characters flitting in and out of the story with their own brand of club politics and mysterious pasts, keeping you hooked till the end.

Club You To Death may not be your usual spine-chilling murder mystery, but all the laughs the characters elicit makes it a fun, breezy read.

In an interview with HerStory, Anuja Chauhan talks about her return to Delhi, and writing a whodunit during the pandemic.

HerStory (HS): You took a detour from your usual Delhi stories with Baaz; your last book was about romance in the face of war. What made you come back to what we call the usual suspects – characters from Lutyens’ Delhi in Club You To Death?

Anuja Chauhan (AC): I guess I just love Delhi and Delhiites, and can’t stay away from them for long!

HS: Why did you think of writing a whodunit this time?

AC: Well, I was starting to feel just a little bit trapped in the classic romance format. I wanted to write about older, riper, or rawer equations between people. But at the same time, I love the propulsive thrust a romance gives to a novel. You can tackle family serious themes like say superstition (The Zoya Factor), toxic patriotism (Baaz), corruption in politics (Battle for Bittora), and you still don't lose a restless reader because they are hanging in there to see the couple get together.

A murder provides a similar propulsive thrust - the reader hangs in there to find out whodunnit - so it seemed like a good structure to attempt. Also, I was really excited to see if I could successfully pull a killer out of a hat!

HS: Tell us about the characters in the book. Any inspirations from real life?

AC: Yes, of course, I always write from life, with a little bit of chopping and changing and embellishing and fine-tuning – a first cousin here, a friend of my papa there, sundry ladies from the various PTA meetings I’ve attended over the last 20 years, beautiful young people based on my children’s friends, a jovial, wizened old garbage collector who picks up our trash daily here in Bengaluru – they’re all there!

HS: Also, like most of your books, there are strong female characters in this one too – Bambi Todi, Urvashi and others… Tell us why most of your strong protagonists are female.

AC: I think I just like writing flawed, deeply individual, often eccentric characters with a very busy interior life. They are not always female – in fact, I would say the ratio is pretty much 50-50. I believe that relationships work out best when they happen between equals, when everything is balanced, and so I always pitch strength against strength, romantically.

HS: Did you write the book during the lockdown? How was the experience like?

AC: Yes. It took me all of five months to write, actually, which is the fastest I've written a book. I usually take a year from start to finish, writing about a thousand words a day when I’m really in the zone. But I'd been thinking a lot about this one before I started, so it was all fairly pre-cooked in my brain.

Actually, writing provided me with a welcome escape from the insanity that gripped our world during the pandemic - it helped me to focus, to just 'stay calm and write on,' and to not panic or get overwhelmed by what was happening all around me.

HS: What was most challenging about writing “Club you to Death”?

AC: In any whodunnit, the revelation is the biggest challenge – you know that whole bit when the sleuth pulls the killer of a hat to gasps of shock and awe from his audience. That was the toughest bit to write.

HS: Were you happy with the way The Zoya Factor turned out on film?

AC: I’m never happy with the movie version of any book I like. They always fall short of the movie that played in my head when I read/write the book!

HS: Would you be open to other books adapting to the screen – movies or web series?

AC: Yes. All my books have been optioned by various studios and are at various stages of pre-production. There’s a lot of interest in Club You To Death as well.

HS: Do you think it was risky releasing the book during the pandemic? Do you miss interactions with readers, book signings, etc?

AC: Well, it was actually supposed to be a Diwali 2020 release. We delayed it by a few months, and then the publishers decided to just go ahead with the release. It was their call, not mine – but I was very happy they took it. There’s nothing worse than a manuscript just sitting around gathering dust.

HS: What are you working on next?

AC: A new commissioned movie screenplay for Ad-Labs. Sardar ka Grandson, a film I wrote for Emmay Entertainment, starring Neena Gupta, Arjun Kapoor, and John Abraham. It releases on Netflix this summer. The Hotstar Disney Adaptation of Those Pricey Thakur Girls, directed by Habib Faisal, is being shot as we speak. And of course, if people like him and want more of him, ACP Bhavani Singh will go hunting for killers again.