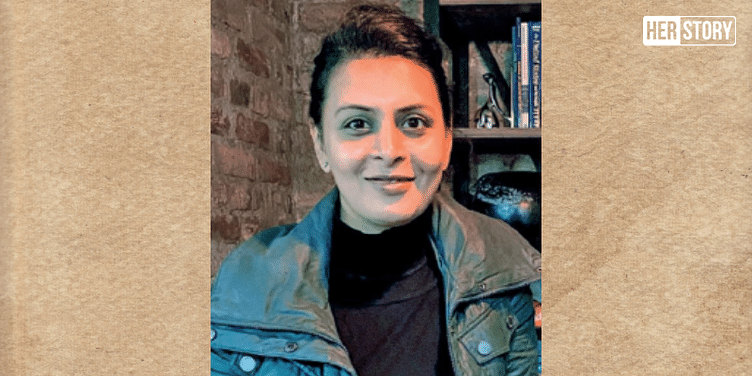 Mona Gandhi, who was the first female engineer at Airbnb, is now building upskilling edtech platform Upraised, which is backed by Kunal Shah, Vijay Shekhar Sharma, and Airbnb’s Nate Blecharcyzk, as well as Lightspeed and South Park Commons.

Ace product managers are sought-after by almost every other founder in the Indian startup ecosystem, regardless of the sector they operate in. After all, they are consequential to determining whether a startup stands out in the market with its products.

After over a decade of building consumer tech products in the Silicon Valley, Mona Gandhi found herself validating the problem with her former boss Nate Blecharcyzk (Co-founder and CTO of ﻿Airbnb﻿) and high-growth startup founders in India like Kunal Shah (Founder of ﻿CRED﻿) and Vijay Shekhar Sharma (Founder of ﻿Paytm﻿).

This universal problem led Mona to start Upraised, an upskilling edtech platform that offers industry-relevant and practical training for becoming product managers in 16 weeks. It claims to be the first startup offering a job-guaranteed programme, otherwise ensuring refunds.

“As I shared the idea with Vijay Shekhar Sharma, Kunal Shah, and Nate, they said that they had definitely felt the challenge many times and were super excited to join as angel investors to help solve the problem of hiring needs in India, especially for high-growth startups,” Mona tells HerStory.

The skilling platform’s flagship product is the 16-week-long Career Accelerator Programme (CAP) which prepares learners to transition to product management roles, regardless of their background.

They are first required to undergo a Know Yourself Test (KYS) which assesses their skills, based on which Upraised invites the user to sign up for CAP. After completing the programme, if the student does not land a product management job, the startup refunds the fee amount of Rs 1,25,000, minus two percent payment gateway fee.

Priced at Rs 20,000, Preppa is another paid service offered by the startup that helps professionals with interview preparations for product management roles and offers three mock interviews.

It also helps college students and recent graduates to make educated decisions about their internship opportunities through Embark, which is a free programme. More than 11,500 students from 50 colleges have signed up for the internship programme this year.

As an edtech platform, Upraised is outcome-driven with a focus on getting the learners employed in the end.

“We really can't be hiding under the rug of teaching them some content but have to really teach them what gets them employed and that is our differentiator,” Mona adds.

Building from the candidate’s perspective

Ahead of home-sharing company Airbnb’s official launch in India in 2016, Mona moved to India in 2015 and began consulting various startups on their growth plans.

Interactions with startup founders brought her close to a universal problem that all entrepreneurs face: hiring. “I saw that first hand and it didn't matter whether the person was a serial entrepreneur and had access to good investors and capital,” she recalls.

She ventured to the other side of this problem, interacting with about 127 candidates looking for a job in startups, and identified the “employability gap.”

“I saw a similar pattern in all the candidates; what they study in colleges and the skills they acquire are very different from what the high-growth startups need today. There was a massive skill and employability gap,” she shares her eureka moment that resonated with founders like Nate, Kunal Shah, and Vijay Shekhar Sharma, all of whom have successfully scaled their consumer tech startups.

Meet 8 women entrepreneurs taking Bharat by storm with their startups

In June 2019, the startup raised a funding of $1.3 million from these founders, along with venture capitalists like Lightspeed and South Park Commons.

Mona felt the most efficient way would be to solve the problem from a candidate’s perspective by providing them relevant skills from industry professionals, placing 79 candidates and having a placement rate of 96 percent.

Further, she says the platform helps startups to recruit talent hailing from lower-tier cities, and who may not have gone to premier institutions but possess the necessary skills like problem-solving and agile thinking. Case in point Kumari Geeta, who is an economics graduate with MBA from Patna who is now an associate product manager at Zeta.

“If you look at the market, there are three million people graduating every year, 1.7 million of them are engineers. While approximately 40 percent continue to be engineers, the remaining 60 percent are looking for a career change. That is the market we are focusing on,” Mona shares.

The full-stack platform not just gives users the information material and certificate but focuses on getting them the jobs.

Despite the booming edtech market, Mona views social media platforms like Instagram, Snapchat, WhatsApp, and Twitter as their biggest competitions because most “people are wasting their time on social media rather than looking to upskilling.”

A team of 22 people, Upraised is on a hiring and scaling spree.

Looking beyond IITs and IIMs

Mona was also the first woman engineer at Airbnb when she joined the company in its early stage in 2011. She believes there is scope in India to build many “painkiller products” to solve real, India-specific problems.

Her other firm belief is that a startup’s ultimate asset is its team. “Startups, especially those in the early stage, should know that what you end up achieving is directly proportional to the strength of your team.”

It is also the reason she urges fellow entrepreneurs to look for talent beyond the resume and the pedigree of IIT, IIM, and focus on the skills.

“There is talent everywhere and stellar candidates coming from Tier II and III cities are doing phenomenally well,” she adds.

Mother of autistic child, and warrior of cancer, Gowri Ramesh and her beautiful school for the mentally challenged