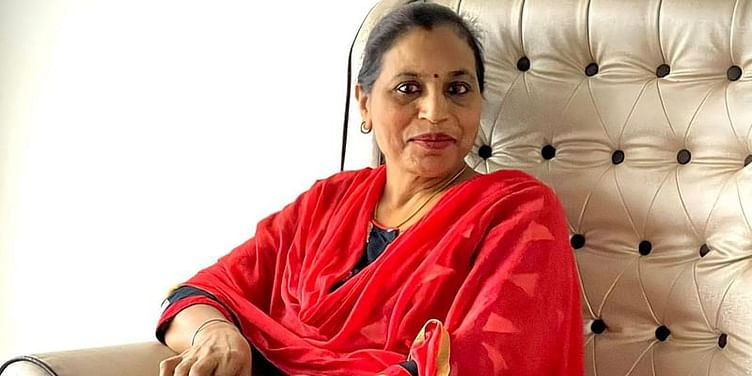 Kamaljit Kaur launched Kimmu's Kitchen In January, to sell fresh ghee made using the traditional Bilona method at her farm in a Punjab village.

Born and raised in Jahangir, a small village in Ludhiana, Punjab, Kamaljit Kaur aka Kimmu moved to the bustling metropolis of Mumbai after her wedding.

However, the memories of the lush mustard and wheat fields, homegrown vegetables, and fresh milk and ghee from the buffaloes at their farm remained with her. But it was not until she turned 50 that Kimmu thought of bringing the “freshness” of ghee from her village to cities all over India.

Call it serendipity or fortuitousness, but after Kimmu recovered from a bad bout of COVID-19 last year, she felt she had been given a “second chance” in life – one she did not want to waste.

So, the 50-year-old woman with no formal education, but plenty of support from her husband and children, decided to start ﻿Kimmu's Kitchen﻿, a startup that specialises in farm-fresh ghee, free of additives, preservatives or chemicals – and made by the traditional Bilona method, straight from her village.

“I have grown up seeing my mother and aunts making ghee. Agriculture was the main occupation. I was inquisitive about how it was made manually every day. After I got married, I saw my in-laws doing the same,” Kimmu says.

The entrepreneur lives in Mumbra, a dense suburb that stretches over 5 km in Thane and houses a population of 14 lakh people.

After COVID-19 affected her badly, she was thankful to have survived. That’s also when she started thinking of a “side hustle” and what better way than do something she was already good at.

“Initially, I procured milk from Mumbra itself, but I was not satisfied by the ghee. I distributed the excess ghee to friends and family. They loved it, but I kept comparing to the ghee from my village. Maybe the difference in environment, freshness of milk, or the feed contributed to its excellent taste,” she says.

The family added a few more buffaloes to their farm in Jahangir, hired more help, and got the business going. The ghee was then transported to Mumbai from where distribution took place.

Harpreet Singh, Consulting CTO with Kimmu’s Kitchen, pitches in. “The idea took root in December last year and after sampling, we launched the website by January end and started marketing the product. After recovering from COVID-19, Kimmuji wanted to give a healthy product to society.”

Ghee is an important part of an Indian kitchen – and also given to expecting and new mothers. In Kimmu’s Kitchen, the ghee is made by the Bilona method - one of the oldest methods where the milk is first made into curd, which is then churned into cream that is used to make ghee. It is made manually without any form of mechanisation.

Harpreet explains the dynamic nature of the ghee market in India.

“The demand for ghee far outweighs the supply and popular brands have to resort to importing of cream blends to cater to the demand. What you often get is ghee made from a blend of cream from goat’s milk, camel’s milk with buffalo or cow’s milk. But it’s not their fault. Even if milk is sourced from all the farmers in India, it still will not be enough to meet the demand for ghee,” he says.

Kimmu says ghee from her farm is light, non-greasy, has no overpowering aroma, and is easy to digest. It sells at Rs 1,100 a kilo compared to other brands selling the same kind of ghee for Rs 3,500 a kilo.

She explains, “Since we have our own farm and buffaloes, we don’t have to spend much other than the labour involved, which enables us to sell it at a lower rate.”

The team also hit upon a novel method to popularise the ghee from Kimmu’s Kitchen. While relying on Facebook and Instagram ads, they also took up ad spots in a local newspaper and channel in Mumbra. The dense population ensured that the ghee sold here was equal to that sold in the rest of the country.

Harpreet claims that 80 percent of the orders are repeated and the response has been fantastic.

But it’s more than just business for Kimmu. “I wanted to also give back to society. We see a lot of poverty in our area. When we reached our first milestone, we used the revenues to distribute food to the needy during Ramzan. We hope to continue this on a monthly or a quarterly basis,” she says.

Kimmu also experimented with butter and cheese but the shorter shelf life and the wide variety already available in the market led her to focus on ghee alone as a sustainable model.

Presently, ghee from Kimmu’s Kitchen is available through its website.

“We have not thought much about strategisation, but are thinking of a subscription model for repeat customers, according to the frequency they prefer,” Kimmu says.