Tokyo Olympics: Indian women athletes to watch out for in the first-ever “gender-balanced” games 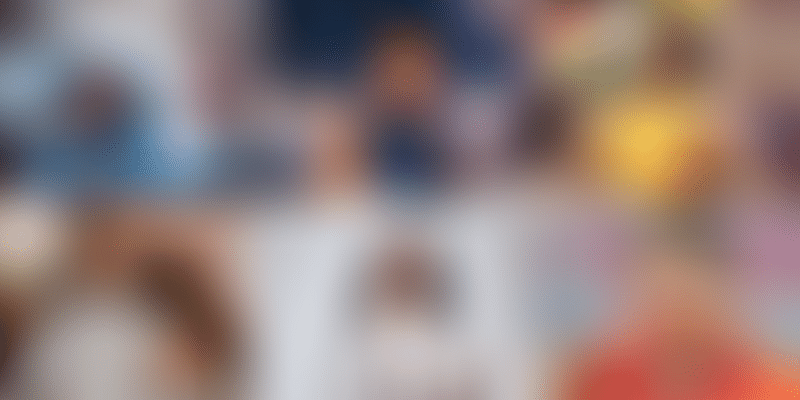 At the 2021 Tokyo Olympics, about 127 Indian sportspeople will compete in 18 sports. Here are six promising women athletes to watch out for.

India has sent a bigger contingent — 127 sportspeople — to compete in 18 sports at the 2021 Tokyo Olympics, which is touted to be the first-ever “gender-balanced” game.

While major countries like the US, China, Canada, and Australia, among others, have more women athletes participating than men, India has a mix of 56 women and 71 men representing the country.

Despite the COVID-19 pandemic disrupting practice schedules, the participants are hopeful of victory and are eyeing trophies.

It is noteworthy that while India has great hopes for the athletes to bring home medals and laurels, it is equally important that people celebrate all the 127 sportspeople's journey of becoming the athlete of their dreams.

As women’s participation increases, here are six players to watch out for:

One of India's most bankable Olympic athletes Mary Kom — also known as "Magnificent Mary" — will participate in women’s 51 kg boxing. A long list of achievements not just in sports but also as a politician makes her an epitome of inspiration for men and women alike.

Born to tenant farmers in rural Manipur, Mary Kom rose against challenges of poverty and gender biases to become an international sports sensation, with a Bollywood biopic starring Priyanka Chopra.

Today, the Padma Vibhushan awardee is the only boxer with eight World Championship medals and many international accolades, including the first AIBA Legends awards for "promising boxing career" to her name.

While she may have been the only woman who qualified for the 2012 Olympic Games — where she bagged a bronze — she has the company of three other Indian women boxers with her during her last Olympic Games in Tokyo.

Meet Aisha Nazia, the only Indian woman among 30 selected for the FIFA Master Programme 2021

As ace badminton player PV Sindhu makes her second appearance at the Olympics, many are banking on the World No 7 player to bring home glory, having bagged a silver at the 2016 Rio Olympics.

“Back in 2016, it was a different atmosphere. I didn’t know anything about the feel of competing at the Olympics. Now, responsibilities are a lot more, but in Tokyo, I just want to go out there and give my 100 percent. There will be expectations, yes, but I have to focus on my game,” she said during a virtual interaction in June.

In the last few years, PV Sindhu has made many strides, including being the first Indian to win World Championships gold after beating Japan’s Nozomi in 2019.

The previous year, she became the first Indian shuttler to win silver and reach the finals of the badminton event at the Asian Games.

The Padma Bhushan awardee was also named BBC Indian Sportsman of the Year in 2020 and was featured in Forbes Magazine as one of the world’s highest-paid female athletes.

Vinesh Phogat of the well-known Phogat family — known for championing wrestling and female sportsmanship in India — is set to take the Tokyo Olympic stage.

According to her personal foreign coach Woller Akos, Vinesh’s game is rather flawless, and the sportswoman, “clear-headed.”

Daughter of wrestler Mahavir Singh Phogat, Vinesh has won several international laurels for the country and became the first Indian to win gold in wrestling at the Asian Games in 2018.

Recently, in 2020, the Arjuna and Rajiv Gandhi Khel Ratna Award winner bagged gold in the 53 kg category at the Matteo Pellicone Ranking Series event in Rome.

Twenty-seven-year-old Bhavana Devi is the first Indian ever to take part in the fencing sports at the Olympic Games.

Bhavana, who started her fencing training with bamboo sticks in 2003, is also the first Indian to win silver at the 2014 Asian Championship in the under-23 category.

The Chennai-based athlete had caught the eye of former Tamil Nadu Chief Minister J Jayalalithaa and received Rs 3 lakh to support her training in the US.

However, her entry to the Tokyo Olympics came against grave challenges as her mother was hospitalised due to COVID-19.

At the time, Bhavana was competing at the Budapest World Cup, where she secured the Olympic quota through the Adjusted Official Ranking (AOR) method.

The journey was also marred by society disapproving of her passion for the sport, but Bhavana stood her ground and believed her parent’s strong support system will help her realise her dream.

Last month, Deepika Kumari regained World No 1 rank in archery after winning a hat-trick of gold medals at the World Cup in Paris. Now, the country is expecting the 27-year-old to end the Olympic drought in archery for India.

Growing up in Ratu Chati town in Ranchi, Deepika Kumari picked up the sport initially to contribute financially to her father Shivnath Mahato — who earns a living as an auto-rickshaw driver — and mother Geeta Mahato, who is a nurse at the Ranchi Medical College.

But grit, gumption, and practice took her to the international stage, and Deepika went on to bag the gold medal at the 2010 Commonwealth Games and participated in the 2012 Summer Olympics.

Ace sprinter Dutee Chand became the first Indian to clinch gold at a 100m event at the 2019 World Universiade in Naples. The national 100m record holder represented India at the Rio Olympics in 2016.

Dutee Chand’s journey of running her way out of poverty to fame continues to inspire all, especially young girls, who are looking at taking up running as a prospective career.

She earlier made news as the first openly gay Indian sportsperson, drawing praise from global icons like Ellen Degeneres.

5 of 2022’s 15 unicorns have at least 1 woman co-founder. Does this signal a more inclusive startup ecosystem?

This social entrepreneur threw away a city life to live in the forest, work with Adivasis and bring tribal art to homes