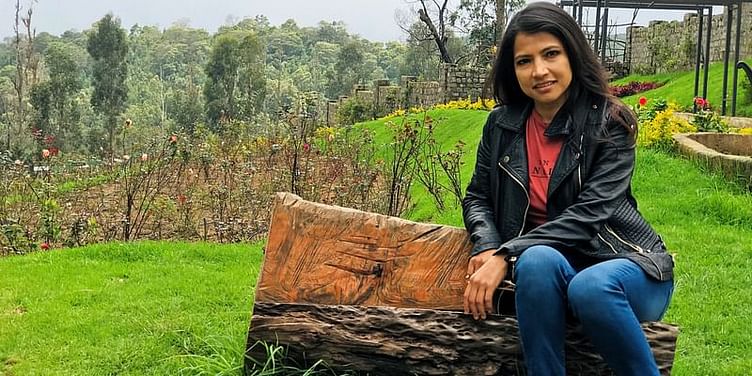 As the founding member of tech platform eSamudaay, Medarisha Lyngdoh wants to develop a network of women tech entrepreneurs to lead ecommerce initiatives in their town, district, or village.

In July 2020, Anup Pai, along with Ravinder Mahori and Ravi Haldipur, started eSamudaay, a tech platform to foster entrepreneurship and create an ecommerce network between sellers and buyers in small towns.

In line with the government’s motto of Aatmanirbhar Bharat (a self-reliant India) and being vocal for local, eSamudaay helps a local entrepreneur digitise the inventory the inventory of the seller using a mobile interface. The platform also helps bring in buyers or consumers besides creating a delivery team to conduct any ecommerce transaction.

One of its founding members and Chief of Core Operations, Medarisha Lyngdoh joined hands with Anup to create a network of local entrepreneurs in the hinterlands of India. Her mission at eSamudaay is to develop women tech entrepreneurs to lead ecommerce initiatives in their town, district, or village.

Reaching women in the hinterlands

After completing her master’s from Banaras Hindu University (BHU), Varanasi, Medarisha embarked on a career that has encompassed both banking and startups.

“When I was approached to be part of eSamudaay, it was almost instinctive that I had to do it. It is a revolutionary movement that enables people to take control of their markets and not be taken over by a monopoly. People in Tier III and Tier IV cities are losing out on so many things because of lack of digital tools and awareness on how to use them to further improve their local economy. Our role is to be enablers and not controllers,” she says.

Launched in Udupi, eSamudaay is helping over 50 local businesses go digital. This circle caters to grocery services, restaurant food deliveries, and soon will have farm products and pharmacy service on its exclusive app.

It is also incubating and digitising small jaggery producers in Chamrajanagar, Mysuru, some of whom are women. It also piloted an LCommerce (local ecommerce) platform for the Banaswadi community in Bengaluru.

Medarisha is at the helm of actively promoting women-owned local digital platforms with the goal of having at least 30 percent of these companies to be woman-owned, though the key objective is 50 percent.

“I see my own transformation from being a sheltered employee into being a first-time entrepreneur as one of the success stories of this model of “collective success” eSamudaay embodies,” she adds.

In her model LCommerce company in Udupi, Medarisha says she is mentoring Srilakshmi Acharya to be the Circle Owner, i.e. the CEO of the locally domiciled company operating the platform.

“We are also running other initiatives with woman entrepreneurs such as Anjali Sharma, Founder of ChhotaBaccha.com; Malini Kochupillai, Founder of Tenaciousbee.com; Roohan Singla, Founder of Ketoroobakes; and Sucheta Baliga, Founder of Jump2PC.com. The objective of these collaborations is to create a network working toward collective success,” Medarisha says.

The platform offers digital tools and support while the management and governance of the digital local marketplace comes from the local community itself. This ensures local accountability and reach, as well as create a self-reliant community. eSamudaay’s software is open source with open APIs, which anyone can use to build and create their own unique brand.

The platform is also running a focused campaign to create “Circles of Success” for Women called Kamaal Ke 10. Currently, it has a batch of 10 and plans to expand the programme with its own resources as well as partnerships with CSR funding. The first batch of 10 are in the process of engaging. We will continue to expand the Kamaal Ke 10 programme both with our own resources as well as partnerships with Corporate CSR funding.

The founders have bootstrapped this venture and are in the process of closing a seed round. In the current year, Medarisha projects over Rs 20 crore in revenue with around Rs 5 crore in net profit. The company’s financial goal is to reach a net profit of Rs 100 crore for the financial year April 2022-March 2023.

“We have made inroads into Vadodara, UP, Nagpur, and Mangaluru. We aim to develop at least 100 LCommerce platforms across India in smaller towns like Warangal, Chamarajanagar, Chandigarh, Nashik, Shillong, Patiala, Indore, and Varanasi in the next 12 months. In the next five years, we aim to empower over 5,000 entrepreneurs to run their own local ecommerce initiatives in the country,” Medarisha says.