This woman entrepreneur’s startup handles everyday problems of the elderly 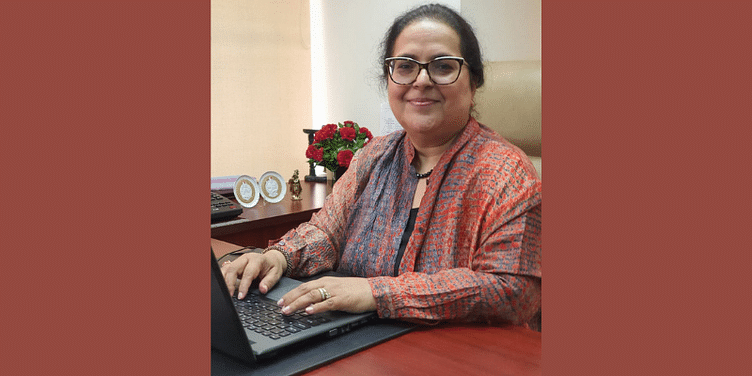 Punita Khatter, the co-founder of senOcare, an elderly care services company, believes that we are either unaware or choose to ignore that India has the second largest elderly population in the world after China.

In a country that preaches the philosophy of respecting seniors and providing them with necessary care and compassion, Punita feels these teachings are rarely practiced.

The second-time entrepreneur also points out that while India has a predominantly young population, it also has the second-largest elderly population in the world after China.

“It appears that our fixation on “young India” has caused us to ignore the aged segment of the nation largely. I was extremely disturbed by this inadequate attention towards the elderly in India. They might not be as large as the Gen Z or millennials, but they too deserve consideration and assistance. Not tending to the elderly population can have adverse social, economic, and psychological outcomes for the country,” she says.

To this end, Punita started senOcare in August 2020, a company that specialises in providing 24-hour personalised elder care services at home across multiple cities, including Delhi, Gurugram and Noida.

Punita's earlier venture was MICE & More Services LLP — a company specialising in corporate travel and event solutions — in 1995, and ran it till 2019 handling corporate accounts for organisations such as Airtel, Philips, and Eureka Forbes.

Helping hand for the elderly

Of the pain point behind security, Punita says, “Given the frailties and problems associated with old age, it’s imperative to provide our senior citizens with the much-needed support for managing day-to-day activities. Someone needs to be there with the elderly in your family at all times. This belief was bolstered even further upon seeing the plight of aged parents and relatives during the COVID-19 pandemic. Stuck at home all alone, with children nowhere in sight due to a plethora of reasons and crippling age-related miseries only adding to the woes - the distress and pain they were enduring hit me hard.”

The team reached out to children staying away from their parents, seniors residing alone and banked on the voluntary support extended for months before the company was registered. This helped them with the informal research to get started.

“The problem was addressing these needs. There were three reasons for this hurdle. First, the list was too exhaustive. Second, no two elders had the same challenges. And finally, what seemed like an easy fix wasn’t a piece of cake when it came to implementation. For example, technology could have solved many of these needs. But the elderly isn’t that comfortable with gadgets and electronics. Rather than assisting, it ends up frustrating them. We had to explore other avenues,” she says.

Before finding the solutions, the team began by asking themselves about the ultimate measure that would determine senOcare’s success.

“The answer? We wanted to see people enjoy the twilight years of their life and look forward to this phase as a second inning. They had fulfilled their duties and responsibilities… old age was all about relaxing with the necessary resources and support at disposal,” she adds.

Delhi NCR was a natural starting base since the team from MICE & More services LLP. (which got absorbed into senOcare), and Sarthak Khanna, her co-founder, was residing there, and were well-versed with doctors, hospitals, other facilities, and the elders who were in dire need of such support in the area.

Based on various inputs received and for ease of operations, senOcare’s services, more than 65 in number, were classified under six verticals, including, health and fitness, forms and filings, home and maintenance, travel and tours, technology and troubleshooting, and memories and milestones.

Besides Sarthak, Punita joined hands with Sanjana Kohli, an IIM-Bangalore graduate and a banking and financial services veteran, to conceptualise and launch senOcare. The duo has been friends for over 20 years. Sarthak Khanna manages client-building and customer relationships.

Practo's Abhinav Lal on redefining healthcare; How India can improve its eldercare services

Its target audience “includes every Indian above the age of 60, whether he/she stays alone or with family.”

senOcare works on a subscription model where customers can opt for either short-term commitment or long-term engagement. Families often go for the short-term offering, and keep extending their registration seeing the value and satisfaction provided.

Since its launch last year, Punita says Indians have approached them across the globe to open offices in other cities to take care of their parents. The founders are also getting alliance calls from other players in the eldercare segment.

While several companies offer excellent medical support to elders in the comfort of their homes, she claims none of them provides a holistic solution in the way senOcare does — by combining compassion and care with accountability.

In less than six months of operations, the startup has had investor inquires.

“Initially, we weren’t too inclined towards accepting funding as we had the required funds to hit the ground running, and our priority was streamlining the services and processes. And now, seeing more than a good response in such a short period, the leadership team strongly believes in establishing senOcare’ s presence in several cities, towns, and not to mention, the rural sections of India. Maybe that’s when you will see external funding come into the picture and speed up our efforts,” she says.

Realising that the plight of the elders in India cannot be addressed or fixed by senOcare alone, the founders have registered the senOcare Pehal India Foundation to create awareness about the lack of attention for eldercare in the country.

“Every family needs to prepare for an ageing parent. Providing handrails, finding alternatives for slippery surfaces, understanding the ailments that senior citizens suffer from, arranging house help... there’s no shortage of measures one can and should take. A burning issue is the lack of qualified attendants and nurses. Without having such a trained army of helping hands, it’s difficult to provide the highest standards of eldercare. senOcare Pehal India Foundation will tackle this obstacle also,” Punita concludes.