International Day of the Girl Child: 4 organisations fighting for girls education and ensuring their social growth 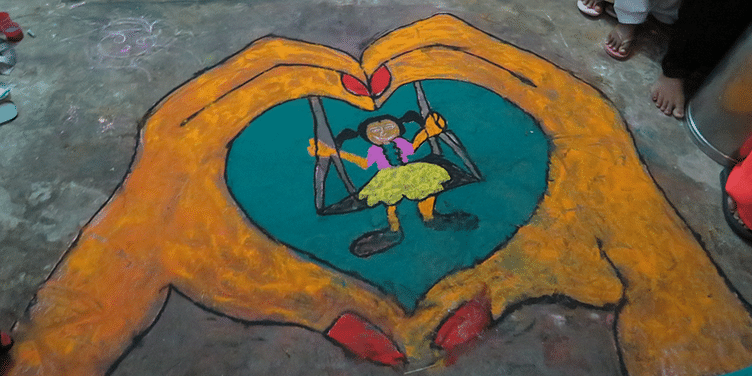 On International Day of the Girl Child, here is a look at organisations fighting for basic rights and opportunities for young girls in India.

India may be gradually shedding conservative societal norms but in many parts of the country, young girls continue to battle customs like child marriage and remain tied to household chores instead of pursuing education.

However, ensuring that girls gain access to education and other opportunities can lead to social and economic growth.

On International Day of the Girl Child, here’s a look at four non-profit organisations working for the rights and opportunities of young girls and the issues they face today.

Harish Kumar hails from a family of six siblings. During a peculiar get together at one of their brother’s places in Gurugram, they noted that several children in the neighbourhood had never gone to school.

The siblings then made arrangements to support the education of around five to 10 students. But as more children enrolled, Harish formally registered the NGO Dream Girl Foundation in 2013 to focus on the education and health of girls.

Now operating a total of three centres, the NGO identifies children from backward areas who never went to school or are involved in child labour, and offers them elementary education before admitting them to government schools.

“We rent three to four huts (jhopdis) within the slum areas and redesign them into classrooms to make sure classes are within reach and also counsel the parents to send the children for at least two hours every day,” Harish explains.

He adds that the students are given elementary education so that overage students can catch up in schools without feeling inferior to their peers. Dream Girl Foundation also helps raise funds for children with life-threatening diseases such as cancer and congenital heart defects, as most families are not able to continue treatment as their savings are exhausted after spending Rs 5-6 lakh.

According to Harish, the most pressing issue is the lack of support from parents and family members for girls to pursue higher studies and get greater opportunities outside their hometowns. It is mainly due to their fear over the safety of the girls.

In Yelahanka, Bengaluru, Aruna Diwakar, along with two caretakers, acts as an interim mother to about 13 girls between the ages of seven and 15. Since NGO Kritigyata was founded in 2015, Aruna has been identifying young girls who are semi-orphaned or abandoned and provide food, shelter, and education.

Although Aruna does not see gender to support education, she says there is an emphasis on the female child because girls and women are more vulnerable in most social settings.

Aruna says literacy is the most urgent issue facing the girl child today, adding, “When a woman is literate, not just a family but the society is taken care of. In most rural areas, I noticed that when women are not educated, they are completely dependent on the man of the house. Further, they don't know how to fight for themselves for a healthy family and society.”

The NGO’s programme Swechha also emphasises awareness around menstruation in rural areas and engages with local ASHA workers about the use and disposal of sanitary napkins, and provides resources for over 300 women.

Can fintech be the game-changer for women’s empowerment in India?

After a brief nine-month-long stint at the Silicon Valley, Safeena Hussain pivoted to the development sector, specifically focusing on the health and social justice space while working with organisations such as International Development Exchange and Child Family Health International.

Her personal experience with using education as a tool to overcome challenges like poverty and violence led her to focus on girls’ education in India. Three years after returning to India, she founded Educate Girls in 2007.

The NGO began its journey in the eye of the storm in Rajasthan, which had the most districts with a critical gender gap.

“The underlying factor working against girls’ education was patriarchy – it was a mindset issue and since mindsets feed off each other, it was not enough to work in a subset of villages; we had to work in all the villages. Only then would mindsets change, and the entire district shifted to a different equilibrium,” she had told YourStory.

The non-profit now operates in over 20,000 villages in Rajasthan, Madhya Pradesh, and Uttar Pradesh where they support the education of young boys and girls.

Where they earlier relied heavily on government data, the organisation now boasts of household-level data from its over a decade-long journey to determine next hotspots and targets. It also leverages modern tools like Artificial Intelligence (AI) for the same. In the next five years, it hopes to impact 16 million children.

Kriti Bharti grew up in Jodhpur, Rajasthan – a dominantly patriarchal state with one of the highest rates of child marriages in India. The abundance of child marriage also shaped her life’s course as a rehabilitation psychologist and social activist.

In 2011, she founded Saarthi Trust and has been working towards preventing and annulling child marriages in India and rehabilitating the victims. In fact, she is also known as the first annuler of child marriage in India. It also spreads awareness about the ill effects of child marriage among village communities.

The activist believes that the pandemic and consequent lockdowns have halted the process of annulment and significantly reversed the progress made in preventing child marriages in the country. In fact, the non-profit organisation Save The Children revealed 2.5 million girls are at risk of early marriage by 2025, only because of the pandemic.