Why more women need to get behind the wheel 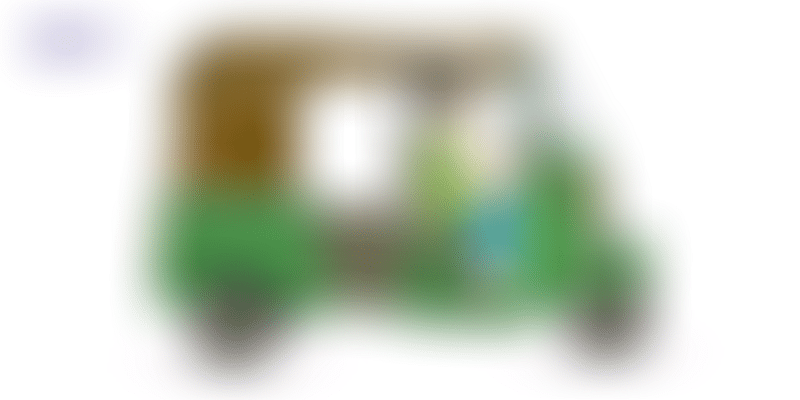 Shipra Nayyar, Business Development Advisor, Shell Foundation, says only 11 percent of all drivers in the country are women. But that is changing as a number of social enterprises have started focusing on women - both as passengers as well as owner-drivers of commercial vehicles.

The year Bollywood blockbuster Dilwale Dulhania Le Jayenge (DDLJ) first hit the screens, Windows 95 was entering households. We are talking 1995, and there was another history in the making the same year - Chennai saw its first woman auto driver in Meenakshi.

Twenty-six years later, she’s not only still driving around her favourite beaches in Mahabalipuram near Chennai but has also trained over 150 women to become independent like her. She believes in the philosophy of women supporting women, and leads from the front every day.

However, when we zoom out to the bigger picture, the situation in India looks bleak when it comes to the women behind the wheels - they make up only 11 percent of all drivers in the country. Women hold only ~1 percent of the commercial driving licenses issued in India.

The South Asian region, including India, has one of the lowest shares of women workers in the transport sector across the globe, and is only marginally higher than in the Middle East, where legal norms prevented women from driving in some countries until recently.

Overall, safety is a basic requirement for women on the move. Gendered comparison of census data (2011) reveals that, on an average, in Bangalore, 43 percent of women walked to work compared to 24 percent of men, whereas in Chennai, twice the number of women (34 percent) walked to work than men (16 percent).

Studies from around the world show that women depend more on public transport than men, especially when they are part of the lower income strata. In the absence of a safe and reliable last mile transportation, either they struggle daily or make a trade off by limiting their job avenues within close vicinity of their homes.

The visible presence of more women in public spaces has been linked to greater women’s safety. Women feel safer, for instance, in buses or train coaches reserved for women. Similarly, they are more comfortable with women cab drivers over men at any time of the day.

Moreover, increased visibility of women as commercial drivers, be it of public transport or other services like taxis and auto rickshaws, normalises their presence in the profession and helps counter stereotypes of ‘men’s work’ vs. ‘women’s work’.

From vulnerability to empowerment: how women are driving change through unconventional occupations

There are various structural issues which make it very difficult for a woman seeking employment in a traditionally male dominated workforce like the transportation sector.

Across the country, a number of social enterprises have started focusing on women both as passengers as well as owner-drivers of commercial vehicles. They work with women from low-income backgrounds to encourage them to learn driving and address their families to overcome socio-cultural barriers and concerns around safety.

These enterprises are creating a new generation of women micro-entrepreneurs amongst the low-income families.

Take Even Cargo for example, a women only last mile ecommerce logistics company based in Delhi, which is training women to become delivery agents by teaching them how to drive and has trained over 500 women and placed over 250 women as delivery associates across India.

Another initiate, Moving Women Social Initiatives Foundation (MoWo), has trained over 1500 women in Hyderabad in riding two-wheelers. As a welcome move, Telangana has become the first state in India to launch a “Women Motor Training Centre” in Hyderabad, exclusively for women and partnered with MOWO to train the women. Along with providing these women with a life skill and a safe avenue to earn a livelihood, these enterprises also enable them to own their electric vehicles through affordable financing.

India must make the most of its demographic dividend, but it is unlikely to fully harness its power unless significant efforts are made to collectively enable over half a billion women of this nation, feel safe in accessing better education, healthcare and jobs. Because when she moves, the nation moves forward.