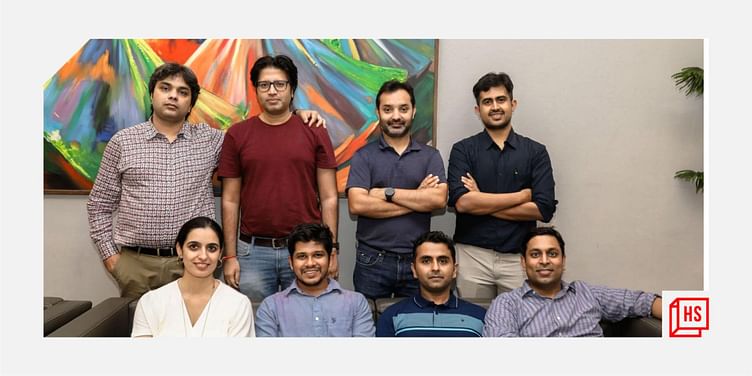 In a conversation with HerStory, Ruchi Kalra, one of the few women unicorn founders in India, talks about what it takes to reach the scale that the team at Oxyzo has created.

Now valued at $1 billion, Oxyzo started as the B2B unicorn OfBusiness Group’s financing platform. It provided working capital financing matched with the cash flow for buying raw materials for SMEs in the traditional sectors of the economy such as manufacturing and sub-contracting.

“It is tough to take credit for something that was the job of the entire team. The titles and who is the CEO wasn’t the question internally, the roles were clear and it was all a team effort. The success and growth of Oxyzo isn’t led by one person. It works both ways, and it is important to have a team that is strong and powerful.”

She adds the team never looked at Oxyzo as a business that would support or help OfBusiness. “In the value chain we operate, this was a strong need and needed a separate kind of focus,” says Ruchi.

OfBusiness was launched in January 2016 by Asish Mohapatra, Vasant Sridhar, Ruchi Kalra, Bhuvan Gupta, and Nitin Jain, along with the extended founding team of Lokesh Garg, Dhruva Shree Aggarwal, and Pratyush Nalla, who have a collective work experience across McKinsey and Co, Religare, Royal Bank of Scotland, ITC, and Snapdeal.

“We are proud to congratulate Ruchi on becoming the first female founder in India of a profitable, fintech unicorn!”

The team does it all

There are only a few women-founded startups that have turned unicorn. An IIT Delhi alum, Ruchi has been with McKinsey and Co for nine years, managing financial services. When the team founded Oxyzo, Ruchi was nine months pregnant.

In 2015, the founding team was in different stages of putting their papers down and were looking to start something of their own. They felt that SMBs need to be fixed, which form the backbone of the Indian economy.

“All of us had gained several years of corporate life and experiences, and were done with it. That is when we thought of doing something different. We wanted to be capital efficient and focus on profitability — and a combination of a great founding team and a deep market got us all excited,” explains Ruchi.

She adds that it is important for the company to onboard people who respect the team and understand the goals in terms of growth.

“It isn’t about just going and meeting the SMEs, but about raising capital and setting a direction. We as women ourselves introduce the biases in our minds by choosing the sector. The processes need to be set for any business and different people have different strengths,” explains Ruchi.

Ruchi also notes the financial services sector has seen the emergence of a significantly high number of women leaders, such as ﻿MobiKwik﻿ and ﻿Zaakpay﻿ co-founder Upasana Taku, LXME’s Priti Rathi Gupta, SALT Co-founder Udita Pal, and many others.

According to YourStory Research data, in the last 12 odd years, close to 214 fintech and financial services startups have been founded by women as founders and co-founders. One of them is also an IPO-bound startup – ﻿MobiKwik﻿.

The data further reveals that between 2015 and 2021, women-led fintech startups closed approximately 22 deals, amounting to $40.34 million in funding. During the same time, there were 130 deals by startups that had one woman co-founder and other male founders, amounting to $2.38 billion.

The stark contrast in numbers reveals a discrepancy between startups with solo women founders versus those with women as co-founders raising funding.

This is why Oxyzo turning unicorn is an important moment for women founders and entrepreneurs. But Ruchi credits the success to her team.

“It is important to trust your team. When we started, I was expecting, and the reason I was able to do what I could do was because of the founding team who showed great empathy and support. Sometimes we undermine the help we can get from the ecosystem, and also as women, we sometimes do not call out and ask for help. Many people are open to support, and we need to open up too,” adds Ruchi.

Oxyzo has grown to an AUM (asset under management) of $350 million, with a 100 percent Y-o-Y growth while maintaining its GNPA (gross non-performing assets) at 1.2 percent, even during the pandemic.

The unicorn has leveraged proprietary tech systems to ensure proactive monitoring and operating efficiencies at scale, resulting in the business having an opex (operating expenses) of 2.5 percent.

Further, Oxyzo’s recently launched fixed income and securities business line has achieved a cumulative market volume of $16 billion in the last six months. Oxyzo has been profitable since its inception, and is currently at a 5.5 percent pre-tax RoA (return on assets).

“What helps is focusing on the financial services business at large and understanding how it needs to pan out, and how can we, in turn, help the SMEs. We, as an organization, has it in our DNA to value skills. Each skill is important and one isn’t above the other,” says Ruchi.

Oxyzo has leveraged these skills to increase its loan appetite to Rs 2,600 crore in the financial year 2022 from Rs 900 crore in FY2020 - registering a 2.8X growth in its AUM. And all this while managing to control its loan assets ratio — 1 percent in FY20, 1.2 percent the next year, and 1.25 percent currently.

Advising all women entrepreneurs, Ruchi says that all biases may not be external, and some may just be inherent.

“Just look at the mirror and say, ‘I am good enough’. Don’t let your personal biases become the biggest bias in your head. There is no harm in seeking help. You can’t and don’t need to be perfect at everything. Seek help from parents, spouse, and everybody around. Asish (Group CEO, OfBusiness and Ruchi’s husband) has been a significant support, and my six-year-old daughter has been a strong pillar as well… I owe everything to many.”