Decoding evil: Inside the stereotypical wicked women of fairy tales 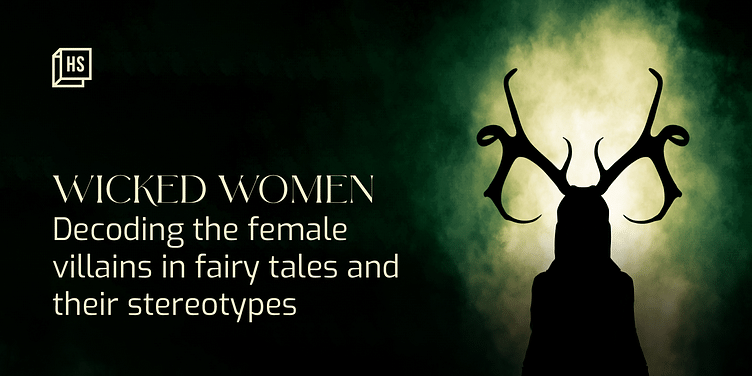 From Ursula in The Little Mermaid and Sleeping Beauty’s Maleficent to Cinderella’s wicked stepmother and others, fairy tales showed us terrifying wicked women. But are they really evil?

We’ve all grown up reading or listening to different fairy tales that had wicked witches, cruel queens, and scary stepmothers. Why does the face of evil usually belong to a woman?

Is it because fairy tales are based on a patriarchal setup where women with an agency are looked at as the ‘wrong’ kind? Maria Tatar, who teaches a course on folklore and mythology at Harvard, points out that these women are powerful—often the ones who can work magic.

This is something that does not sit right with the patriarchal system. That’s why, even in a land of endless possibilities, only the men are the powerful, ‘good’ souls who arrive just in time to save the damsel in distress and defeat the evil.

But why do these tales matter? The problem lies in the fact that these stories are significant even beyond the realm of fantasy. They influence choices and decisions in real life, even today.

The idea of fairy tales is to tell children that good trumps evil and that justice finally prevails. But the issue at hand is the identity of this evil, usually represented by a woman, in the form of an old hag, a stepmother, or a witch.

In Snow White and the Seven Dwarfs, the queen poisons Snow White so that she’ll sleep forever. In The Little Mermaid, the witch Ursula cuts off Ariel’s tongue, and, in Hansel and Gretel, the old witch tries to roast children in her oven. Perhaps the easiest to spot is ‘the wicked stepmother’, present in Cinderella and many other stories, where the wicked woman only wants to get rid of her stepchildren.

In fact, Indian fairy tale Punchkin goes beyond, showing us the perfect evil stepmother, who wants her husband to murder his seven daughters to ‘cure’ her. The youngest of the king’s daughters is also hampered by her intelligence, getting into trouble all the time, and is finally saved by her son. In other words, a woman who can think for herself invites trouble and must be rescued by a male character.

In The Son of Seven Queens, a popular Bengali fairy tale, the king is so bewitched by the beauty of an ogress that he gives her the eyes of his queens to win her over. Here the king is depicted as the victim.

The plots may change but the bottom line remains the same. A man can always save himself and others from evil because he is the hero. Stepsisters can never get along and stepmothers are always heartless characters.

The ramifications on women

Usually, the most impactful person in a child’s life is a parent, especially a mother. But what happens when the child listens to repeated tales of how evil stepmothers are? In I Could Not Call Her Mother: The Stepmother in American Popular Culture, 1750-1960, historian Leslie Lindenauer points out that the stepmother found her origin in the witch. She argues that the attributes are the same in both. “Both were examples of women who, against God and nature, perverted the most essential qualities of the virtuous mother,” she says.

That’s why, even in 2022, stepmothers are treated with caution. You never know when she may have a change of heart. When you look at stories that talk about women using their beauty to seduce and hoodwink men, you’ll realise that it’s a familiar storyline even to date. Ever heard someone’s parents say “she has used her beauty to trap my son”?

Women marrying older men can only be gold diggers. Women as each other’s enemies instead of allies were the norm too.

All of these stereotypes originate from fairy tales that are set in the typical structure of patriarchy where a woman with authority is viewed as evil. These stories teach society, and, more importantly, children, things like gender bias and that people who don’t meet conventional beauty standards are ugly.

Look at some of the evil women in these fairy tales—Cinderella’s stepmother keeps her busy with chores while focusing on her biological daughters and trying to become rich, the evil queen in Snow White and the Seven Dwarfs wants to kill her stepdaughter, and the witch in Hansel and Gretel lives alone and eats children. The heroines in these tales are usually silent, without agency, fighting these ‘evil’ women and are guided or rescued by a male figure. More often than not, the woman with agency is defeated.

If you turn off the patriarchal lens, you get a different story altogether. The evil queen was artistic and generous to give Snow White the tools that a mother might give her daughter. The witch lived comfortably in a house where there was no shortage of food and fed even poor children who passed by. Cinderella’s stepmother takes strides to move up in society because she thinks that is best for the future of the girls.

If this is how the stories read, we’d be applauding these women instead of hating on them. There are a few fairy tales that break away from the norm. In one story from Iceland, a woman named Himinbjorg helps her stepson, a prince, fulfil a prophecy that his mother asks of him. While he disappears to do so, Himinbjorg is blamed and called a witch and she is ready to be burned at the stake so her stepson can go ahead. In Snow Queen, the tale on which Frozen is based, the girl Gerda manages to save Kai, a male figure, from the evil Snow Queen. In another story, Kiranmala, a story of three siblings, the sister saves her brothers and the rest of the people.

This means that it is possible to write women as brave characters with a mind of their own. Fairy tales haven’t been kind to women but, moving forward, it is necessary to create narratives where female characters break these stereotypes. A story where they don’t have to be an evil stepmother or the damsel in distress.