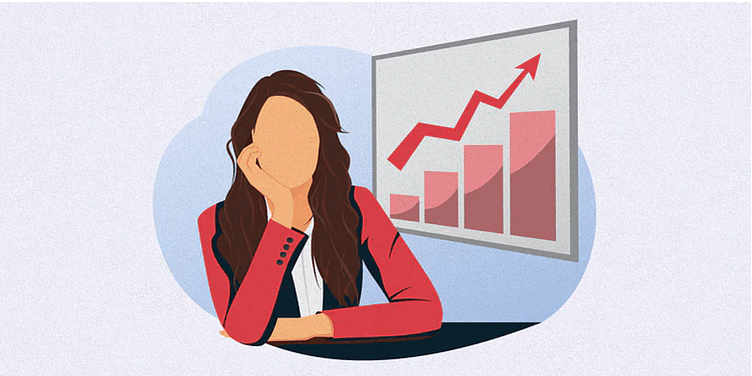 While women entrepreneurs have displayed their potential, the truth is that they are competent in facilitating far more than what they have already contributed.

Women entrepreneurs are gaining ground in India, and their contributions to national economic expansion and development are noticeable. The percentage of female entrepreneurs has increased significantly over time, particularly since globalisation in the 1990s.

Women entrepreneurs in India associate primarily with micro, small, and medium enterprises due to specific push and pull variables that stimulate women to have an independent profession and compete on their legs.

According to a Bain & Company study, women currently own 13.5-15.7 million businesses in India, making up 20% of all businesses. Despite their relative size, these are predominantly business initiatives led by one person, which effectively employ an estimated 22 to 27 million individuals.

As per industry analysts, there has been a nine-fold spike in the volume of investors and a seven-fold rise in financing over the last five years and India is projected to have 150 unicorns by 2025. In such an atmosphere, women can further contribute to economic growth not only by enabling a medium of employment generation but as job applicants as well.

Additionally, women entrepreneurs face subtle biases on client queries and in meet-ups on a frequent basis. A large percentage of men use he/him as the default pronouns for customers, employees, and coworkers in these interactions. Adding to the bias, women are habitually patronised, ignored, or interrupted by their male colleagues or investors. It’s therefore important to normalise an extensive mix of female and male entrepreneurs to shatter stereotypes and foster gender-balanced entrepreneurialism. This is validated by the McKinsey Global Institute analysis which revealed that strengthening women’s equality could add $12 trillion to the global economy by 2025. In an optimal outcome that figure could rise to 28 trillion dollars.

At this stage, impactful measures must be driven by micro, small, and medium-sized business incubation institutions, various government developmental corporations, commercial banks, and even non-governmental organisations (NGOs) which include conducting frequent programmes, including Entrepreneurship Development Programmes (EDPs), to fulfill the requirements of potential female entrepreneurs who may lack appropriate learning skills and experience. Moreover, women-focused financing initiatives, such as tailored pitch days, can encourage female entrepreneurs to develop affiliation and trust with the investor community, as well as assist them in finding like-minded mentors.

While women entrepreneurs have displayed their potential, the truth stands that they are competent in facilitating far more than what they have already contributed. The presence of women in the entrepreneurial culture is better equipped to comprehend the broader requirements of their communities and to become the voice for those who are silenced. It is thus important to recognise and combat the potential bottlenecks which women entrepreneurs confront on a daily basis.