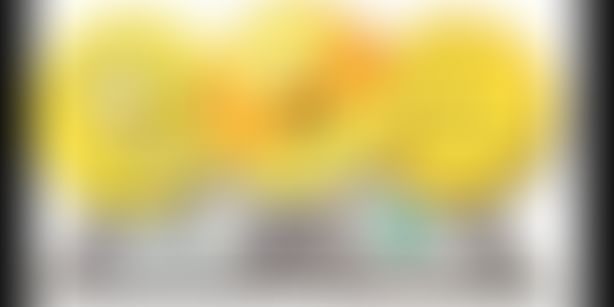 A shady currency based on an even shadier technology?? Maybe not. Bitcoin might be the most revolutionary idea after the 'Concept of Money' itself!

"BITCOIN" -Many of you might have been hearing this word a lot nowadays. The 'Wannacry' Ransomware has brought Bitcoin into a more focussed limelight than before. Some say that Bitcoin is a currency used for criminal or illegal activities. But of late, Japan legalised it, Russia is thinking of legalising it. To top it all, just recently, Bitcoin became more valuable than gold.

What is Bitcoin? And why has it suddenly become a hot topic of discussion? We will now look into these aspects.

First, let us examine the transactions as they are today.

This is a Physical Material transaction.

A third party is not needed to confirm that the Rupee was given by Suresh toRamesh. The Rupee is with Ramesh now. Suresh doesn’t have it and cannot give to somebody else. Ramesh can give it to Ram if he wants, and then Ram to Sita, and so on. This is the physical exchange that we are used to in our daily lives.

Now, imagine Suresh has one digital Rupee. He can give it to Ramesh by digital transfer, through a computer and the Internet, of course. There is a difference between physical exchange and this digital transfer.

How do we know that the digital Rupee that was Suresh’s, is now Ramesh’s and Ramesh’s only?

How do we know that Suresh didn’t make a copy of that digital Rupee in his computer and give it to Ravi or Ram also?

Sending digital Rupees is not the same as giving physical Rupees.This act of giving the same money to many people [cheating!] is known as Double-spending.

To avoid Double Spending, these digital Rupees should be tracked through a ledger by a reliable party. A ledger is an accounting book where we can track all dealings.

Generally, Banks keep such ledgers and guarantee the authenticity of digital transactions.

But Banks have their own rules. They charge a fee for every transaction. They have to spend on man power to keep track of all the transactions. Thus banks have a great burden of maintaining records and account ledgers.Imagine maintaining the accounts of 125 crore Indians with more than 10 crore transactions per day. The servers will be overwhelmed. No wonder the quickest high volume bank transactions take a few hours.. and YOU will be charged for it!

Now what if we gave this Account Register to everybody? Instead of the ledger existing on a Bank’s computer, make it available on everybody’s computers. All the transactions that ever occurred, in digital Rupees, will be recorded in it.

It is impossible to cheat it. Suresh can’t send others digital Rupees that he doesn’t have, because then, it would appear in every computer in the system. It’d be a hard system to beat. More so if it grew really big. Plus, it’s not controlled by one person. So Suresh knows he cannot give himself more Rupees that he does not have, even by bribing someone.

Now, instead of regular Rupees, imagine that a separate unit of money is created. Every unit of this digital money is given a separate digital ID like the numbers on Rupees, so that the movement of each unit can be traced in the digital world, starting from its origin.

[Please Note that the digital Rupee or Bitcoin is not the same as PayTM (or such similar) cash. PayTM and other such systems are 'Payment systems' which compulsorily need banks to maintain their records and conduct transactions. Bitcoin is a currency like Rupee or Dollar, in the digital world. It doesn't needs any bank to conduct transactions or keep records. It is much more difficult to duplicate or counterfeit Bitcoin than the Dollar].

There are several advantages of Bitcoin. For starters, Transaction costs are zero or minimal. If you transfer Rs 1 lakh worth of Bitcoins to your brother, he will get Rs 1 Lakh only, not a rupee less. Because Bitcoin bypasses many intermediaries, it is touted as the next version of money, i.e Money 2.0.

The Bitcoin and Cryptocurrency Market is today worth more than a staggering $110 Billion (Rs 7.1 Lakh Crore Rupees- bigger than many multi-national companies) - from just $4 or 5 Billion a year ago.

Due to a lack of intermediaries, Bitcoin has not been regulated so far. Because of this, a 'wrong' notion is propagated that it is used for illegal activities. But it is not so. Protocols like the K-Y Protocol have been designed to regulate Bitcoins. The K-Y protocol also allows creation of NationCoins, the actual digital avatar of the Rupee. This sits well with the Digital India Initiative- what better way than to digitize the money in your pocket! Bitcoin Companies in India also appear to be following Know-Your-Customer (KYC) norms compliant with the finance industry regulations.

It therefore remains to be seen how India leverages its economic strength in a world where the concept of money is undergoing a radical change.