Long-awaited 20 rupee note is here... YES, RBI to introduce new Rs 20 note in New Year is HERE a little before.

Hurrah, the movement is here...

Certainly, movements after movements are here -- #New Note Movement, #Article 370, 35A Removing Movement, and what not.

Don't you think so that they are creating new movements, a day after.

An address to this, reserve bank of India announced to introduce the new 20 rupee denomination banknotes in April, 2019.

Wherein, the series didn't changed that much and the new series of also contained; Mahatma Gandhi pick as well.

but, the change was for sure, that change was reflected in the signature.

Yes, the new 20 rupee note this time was bearing a signature of “Governor -- Shaktikant Das".

Moreover, on the backside, of the new denomination has a pattern of Ellora Caves which represents the cultural heritage of India. The base color of the new 20 rupee note is yellowish-green.

Also, the new 20 rupee note has other design geometric patterns from both  sides. The dimensions of the note will be 63mm*129 mm. However. RBI in the earlier series will continue to be legal tender.

A few more things to know about the new 20 rupee note are as follows:

Colour: The colour is to you #Mangoes.

Design: The design contained the Ellora Caves -- which are symbols of our pride and much more to India. "2019; 0 Years Ago"

Predictions are to be putted no where, it is completely different.

Literally, the versions of note is not a bit same.

Well, Bappu (Mahatma Gandhi) seems to be gone no where but the backside of the note along with the colour is complete changed.

Being continued, additional features are here...

Feature involvement is the best thing to carry with. And they did with that --

Well, here the features are subsumed to only the changes in comparison of the old 20 rupee note.

Let's conclude each side to sustain the features of the note; have a look...

This was somewhat all about the new 20 rupee note.

Well, the royal credit goes to LeadingFile, they helped me a lot in evaluating all the information about the mentioned topic. A big thank to them, they are really a supportive innovation. Right back, they also started a board on Pinterest over -- Jammu and Kashmir: If there is haven on earth, it is here, it is here, it is here...!!! 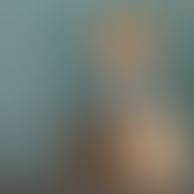