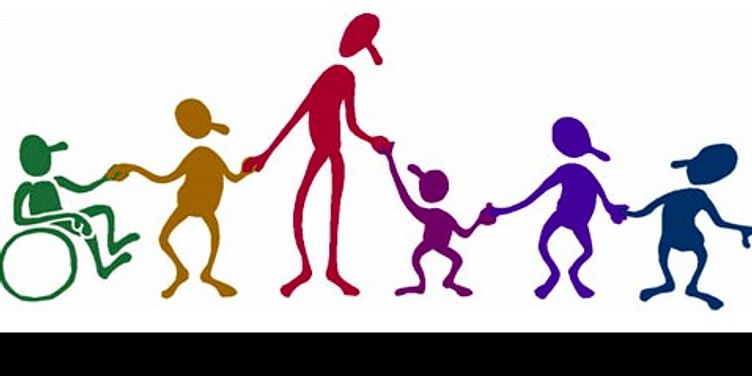 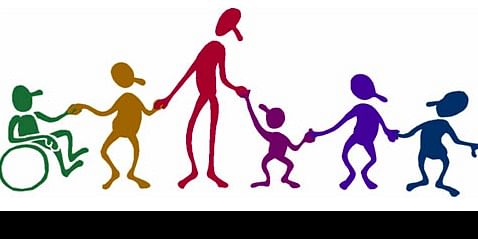 If One is physically handicapped it doesn't mean that he or she cannot be proven as assets for the country. In some cases a handicapped person works much more efficiently than a normal Human being for e.g. Stephen Hawkins He is a person of great knowledge and is a great scientist and also physically handicapped. Despite of being in such a condition, he proposed several theories using his genius mind using which todays modern science is developing.

Let me share my experiences with you..yesterday i visited KFC Dwarka New Delhi Branch there i was shocked to see that the company has given job to people who can't hear or talk, they can just understand the sign language. They were hired for taking orders from customers on the billing counters. Seeing this initiative of the company ...I personally contacted the Branch Manager and appreciated him for his decision of employing them

In this case these handicapped people are also proved to be an asset for the economy and they also earn money for their living.

These banners are being pasted in/Outside some KFC Outlets in India.

Nowadays the rule is such that if a company cancels a job application of a deaf person then the company might go under severe circumstances.

after canceling interview for deaf job-seeker.

These are only 2 examples but nowadays there are so many examples of deaf people being hired for jobs.  Lets see some examples notable musicians who are deaf and hard of hearing!!!!

Even Bill Clinton,Former President of the United States was deaf and hard of hearing but still he wrote his name in the palms of history and proved to be an asset for his economy.

All these musicians are famous and still are the inspirations of many young and budding musicians.

As nowadays the government is also strict in giving opportunities to them similarly we should also take an initiative.

For Social Videos Watch Here- My Channel To Bring a Change In The Society ...Videos Audience can watch the videos here you will find many informative videos here.