The biggest technology lessons I learned from my grandfather

Don’t let anything overwhelm your life to that extent that you can’t imagine yourself without it. 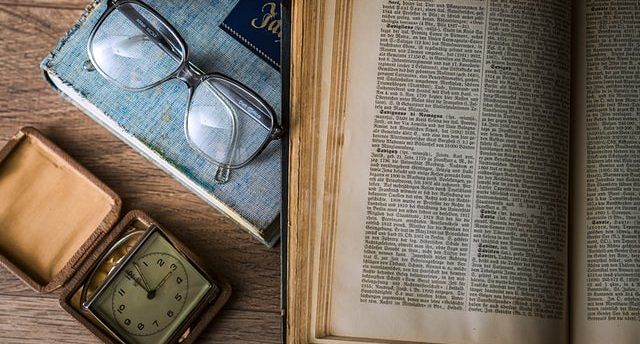 Remember those annoyingly-high-pitched-ring-toned Nokia phones? Despite its ear-piercing technology, it was by far the most loyal phone I ever had. It had suffered the torture of my countless mishandling. My motor skills generally succumb when it comes to supervise cell phones. I keep dropping it every other step, but Nokia my friend, it bounced back with the same sturdy physique – stronger every time.

Gradually, with the constantly evolving technologies, unfaithful I got lured to Gen-Y phones. I still remember the day when I walked on the road with inflated pride and high head after buying the iGotYourWalletPhone (name changed). I wasn’t even done with unpacking the box, I got to know that it was already launched with a newer version in the market. The very next day, my other friend was carrying the higher version and I was looked down as if I came straight from the pre-historic period. Optimistic me didn’t want to believe on my poor trading skill so I did the basic trade-off analysis: a) What I lost – all my money; b) What I got – what I didn’t want. I felt nothing but a dumb because my extravagant phone failed to deliver my basic needs – a radio and some provision to store my fav songs.

Hearing my requirements, people’s only reaction used to be “you are so medieval”. I was constantly reminded of my ineptitude to realise the beauty of an ingenuity-of-technical-masterpiece which although not meeting my needs for A and B was offering various other capabilities from C to Z.

That was the moment when I decided to upgrade my knowledge of technical advancements. As a token of appreciation for technology, I bought some touch-screen phones for my parents. But since then I observed that our telephonic conversations were interrupted. Their calls were dropped after every sentence (sometimes even in the middle of the sentence).

Few days later, on face-to-face conversation, my mother made me aware of the root cause “I don’t know how that red button gets touched while talking. Phone bills are also rising nowadays. I don’t know how many unwanted calls I’ve already made through this phone. I want to switch back to my old phone. Pressing buttons were lot easier than touching screens. Also, I miss the lovely tunes they made whenever I typed.” Well, I could never understand how pressing buttons could ever be easier than touching screen.

Anyway, that was just home. Let me tell you that in my circle, all my colleagues, friends, BFFs live in a world which is at least a decade ahead than mine in terms of technology – latest games, latest gadgets, latest apps, latest-of-the-latest. Just 2 days ago, I was sitting in a conference room. Beside me was my BFF from office. In break-time, I got a whatsapp from her saying “Coffee?” (with a coffee mug photo). I looked at her. She was entirely glued to her small-screened-world. I jolter her and threw a quizzed look “I am here, right?” and she is like “Oh…just forgot. It comes habitually.” On the coffee table, she was multitasking – chatting verbally with me and on social media with others. Quite multitasking and advanced. Isn’t it?

On another fine bustling day, one of my highly innovative and geek colleague dropped at my desk and in between the conversation, he jumped after looking at my computer screen “I hate the way this cursor blinks. I’ll change it.” He announced.

“I am sorry?” I demanded some elaboration “This cursor?”

“Yes. I’ll change it. You see, it should blink only when I want.” He evaporated immediately to implement his freshly brewed super-innovative idea. He later won the award also – “The Most Sparkling Idea of the Year” The business justification mentioned in his proposal was “Incessant blinking of the mouse cursor hampers one’s visual consciousness which in turn distracts one’s deep logical thinking. Controlling the cursor-blinking is controlling one’s thought.”

You see how deep-rooted innovation is in our generation. It runs in our blood, veins, brains…

Depressed, I started getting a feeling that my IQ could find a place in stone-era and my that physical presence was a blotch in tech-era. I kept wondering why I wasn’t that “nerdy” or “geeky” type. Why I was never interested in shoving my head into my phone to dig for newer apps. Why I couldn’t make my keyboard intelligent enough that when I typed a letter it could guess the next letter or when I typed a word it could guess the whole sentence. I didn’t give up though. I devoted all my time to learn newer technologies. I subscribed to all the technical magazines even. I didn’t want to lose any stone unturned; I mean ‘any app unclicked’ or ‘any trend unread’.

Then the other day, a robot was roaming around in my workplace to deliver mails. We were jumping enthusiastically like kids – others were jumping in appreciation of the technology and I was jumping simply by seeing that lump of machine walking. That robot, ‘James’ they called him (or ‘it’), became an instant celebrity. But there was someone whose face appeared as if gravity had pulled her smile curve downwards. She happened to be from the facility department. When asked, she revealed her sore point “I hate him. I am supposed to be the ‘mail’ lady. This boy is taking my job.”

On the next bright sunny weekend, my 85 years young grandfather was caught in a bitter mood as his flowers in the terrace garden were withered by naughty pigeons. When he was entering the living room, he saw me sliding the curtain by a remote control.

“What you are doing, may I ask?” he asked as grimly as possible.

“I just wanted to enjoy some sunshine, so thought of sliding the curtain a bit.” My voice was low with the guilt as I was wondering why my act of sliding curtain deserved an explanation.

“Because, I’ve got laptop on the top of my lap.”

“You potatoes. Your generation needs machines for everything. Even for feeding you food. Now even for your curtain? The day will come when you guys will get your organs replaced with machines.”

I took this as an opportunity to bestow my technical-knowledge upon him.

“See grandpa, these machines are for people…especially for your age. Take this TV remote control for example. Imagine yourself getting up 100 times to change the channels. Don’t you think technology has made your life easier than before? Don’t you need this remote? Think about it.” On one side, I was imagining myself next to Einstein having found that “remote control” metaphor, and on the other side, I found that my grandpa’s eyes were looking at me as if they were feeling deeply sorry and pity for me.

He removed his spectacles and told me “Darling, in my time, there weren’t enough channels to switch in first place. Also, I can manage the roof garden even at 85 and you need these “remotes” at 35. So, who is older here? Think about it.”

He then got up to leave. It was his time for a walk in the open garden. He turned to me before exiting the room, “I am not telling you to stop chasing technology. But remember, don’t let anything overwhelm your life to that extent that you can’t imagine yourself without it.” Seeing me lost, he summoned me again “Care to join me for a walk? Or wishing to get a robot to stretch your hands?” 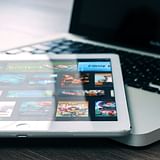 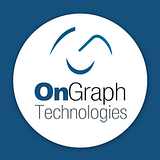