In the Indian smartphone market, Android still remains the market leader. Android smartphones occupy more than 96% of the total market share of the smartphones used and sold in our country. This is why there are more app development companies focusing on Android than on iOS. But the number of iOS app development companies in India has recently started increasing due to the following reasons:

• The number of iPhones users have been increasing.

• Apple’s plans for establishing a manufacturing unit in India means that there might be a significant drop in the iPhone prices. This might lead to the improvement of Apple’s market share in India.

• There are a lot of skilled developers in India who are in demand globally. This is the reason why several global companies are seeking the service of Indian app developers and iOS app development companies in India.

Here are a few quick facts comparing the apps and the app development process of iOS and Android apps:

• Apple has always been particular about design and user interface. This is one reason why in most cases iOS apps look and feel better than Android apps

• As Android is an open source operating system, the depth of access it offers leads to the increased number of apps developed for Android than for iOS.

• The overall cost of development of Android apps is also more than that of the iOS apps.

The scenario of iOS app development companies in India:

There was a time when the best of iOS apps were developed mainly in the US as the penetration of Apple in the US market is the largest. But things have not started changing and India now is also on the list of the renowned iOS app developers of the world.

iOS app codes are relatively shorter and can take comparatively less time to complete than similar Android apps. Talking about Android app development, the longer codes lead to more probability of bugs. Even the emulators are slower for Android than those of the iOS. This lengthens the app development time for Android. Also, when it comes to iOS, there are fewer models to consider and almost all the models receive the latest OS updates. This means that the fragmentation of the iOS market is pretty less and this makes the app development for iOS even simpler. You would have fewer devices to check the compatibility with.

With fewer number of iPhone and iPad models to consider and fewer versions of operating systems to focus on, it is easier to release apps against new APIs and test them. This makes the work of the iOS application development company easier by significantly reducing the testing times.

Though the overall revenue earned from iOS and Android app development would depend on the clientele and several other features, the time taken to make profits is comparatively less with iOS app development. This is, provided you have a team of reliable iOS developers who are up to date in iOS app development techniques and tools. 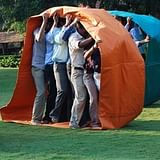 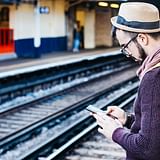 The Best (Free!) Apps for GRE Quantitative and Verbal Practice!