In this first part of a multi-part series, we will try to understand how the Chatter Bots started to come to being. 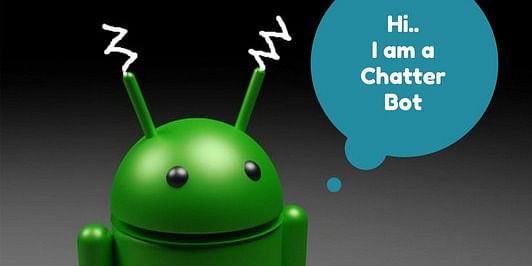 “Hey Siri, how is the weather going to be?”

In this first part of a multi-part series, we will try to understand how the Chatter Bots started to come to being.

When Apple released iPhone 4s in 2011, everybody was made to focus on one feature, Siri. A little voice within your phone, whom you could talk to, make her set reminders, help you book dinner at your favorite restaurant, the things that she could do were amazing. You would have either hated her or you would have loved her.

We have come a lot further since then. Many companies released their own versions of Intelligent Personal Assistant (IPA); Google Now (Google Inc.), Cortana (Microsoft Corp.), Alexa (Amazon Echo, Amazon.com, Inc) to name a few. Many others built what is known as ChatterBots or Chatbots. Bots integrated into their system that responds appropriately to an asked question, a common example, Facebook Messenger Bots (Facebook, Inc). Of late the interest in these Chatbots has increased greatly. A question that comes up now what makes them so special that everybody is suddenly interested in making them?

Why are we seeing a sudden interest in these bots can be simply answered by two words, Artificial Intelligence (AI)? We humans have always been fascinated by AI. A non-human being that acts like a human, but is not, who wouldn’t want to be the first!

Wikipedia defines ‘Chatbots’ as applications which conduct a conversation via textual or auditory methods. Michael Mauldin who created Verbot (Verbal-Robot), was the first to use this term back in the year 1994. The Verbot program is based on Mauldin’s early work in Natural Language Processing (NLP). Before he worked on Verbot, Mauldin had worked on Rog-O-Matic, a program that beat an ASCII-based text game called Rogue. Rogue consisted of a turn-based strategy game where the information is provided to the player via ASCII text.

Rog-O-Matic could be said to be the first program that explored such territories. It worked by identifying the randomly generated terrain and enemies while keeping track of the environment as they occur. The inclusion of Rog-O-Matic here is important to the fact that a program was able to identify and appropriately chose the best response among a given choice. This is how most of the Chatbots work, they identify the important keywords and then throw out the response marked with that particular keyword. He later created ‘Julia’, a prototype chatbot which competed for the Loebner Prize.

Chatbots have been in existence even before Mauldin’s Verbot, Joseph Weizenbaum (ELIZA, 1964-1966) and Kenneth Colby (PARRY, 1972) have already made their own versions which consisted of NLP. ELIZA had become quite famous in the early years due to its Doctor script. This script made the program behave like an empathetic psychologist. Kenneth being a psychiatrist, had deep knowledge about human behavior. He made PARRY behave like a schizophrenia patient.

In 1950, Alan Turing proposed what is now known as the “Turing Test”, a test to find out how intelligent the system is. It was his paper on “Computing Machinery and Intelligence”, where the test was first introduced. Chatbots were then being developed, but there was no check on how intelligent they were. So, after 40 years after his publication, in 1991, Hugh Loebner along with The Cambridge Center for Behavioral Studies held the “Turing Test” at Boston Computer Museum.

The tests’ main goal was to find a chatbot which was indistinguishable from a human and the chatbot could be said to have thinking capabilities. A human questioner will be asked to interact with multiple terminals for a certain time limit where the questioner will try to identify who is not human. This process is repeated with different people interacting with the bot and the human counterpart.

In the end, all the terminals are judged according to the questioners’ correct judgement and the bot with most “human” vote is declared the winner. The first winner of the “Turing Test” was ‘The PC Therapist’ by Joseph Weintraub. He had previously used ELIZA and said that he was bored by it after using it for 10 mins. He wrote his own bot, ‘The PC Therapist’ with a Woody Allen type humor and a helpful tone.

Thus, with the start of the Loebner Prize, started the era of ChatBots.