Patent registration - why you need one for your invention 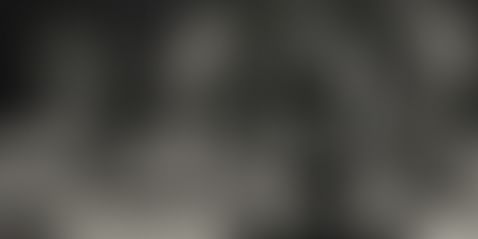 And by everyone, we mean anyone from the closest of friends to a family member through to a good neighbor-turned-eavesdropper. Of course, it is wise to first seek the opinion of the people around you before executing an authentic idea but it’s also worthwhile taking into account the possible consequences of your gullibility.

What we are trying to say here is you should at least have a way of demonstrating you’re the owner of the idea in case a passerby or an ambitious trustee decides to take you to the cleaners. Of course, you have the option of keeping it all under you hat until you’re through with the implementation phase and it becomes apparent you are behind the brainchild, but then how could you know if the idea is worth taking seriously in the first place? That’s where patent registration comes in. A patented invention not only makes you an important part of the history of whichever sphere your product will be contributing to but also gives you peace of mind as you work on your invention.

Read on for reasons why you need one for your invention:

Patents provide the exclusive rights of using and exploiting the invention for up to twenty years without having to worry about the threat of replica developments. Twenty years as a monopoly is nothing to sneeze at.

Opportunity to Sell or License the Invention

The good thing about patented inventions is that if for some reason you can’t commercialize it under your own SME, you can sell the rights to another enterprise at whichever stage of the validity period and at a non-regulated price. Basically very few laws bind how you may wish to handle a patented invention; you could just license the rights to commercialize it to someone else or sell it partly for cash and partly for company shares.

Positive Image of Your Enterprise?

Ever noticed how well-regarded inventors of theories and technological breakthroughs are? You could join the league by patenting your idea and becoming the first one to implement, commercialize and spread it. Also, if your idea looks practical from the beginning and you wish to keep the commercialization rights but don’t have the cash, so you decide to launch a crowdfunding campaign, a patent is likely to attract more investors than if you were just armed with the idea.

Let’s say you went with the quick option of licensing your invention to another company – unlike if you had no proof of authenticity, a patent will grant you a bigger say on the negotiation table. Here’s how: company execs will always be wary of future legal expenses in case someone pops out of the woodwork and sues the enterprise of idea thievery. By then you would have sealed the deal and drowned yourself in a lavish lifestyle somewhere. The only way they can ensure such risks are shared is by making a deduction on your check equivalent to what they estimate the prospect would cost them.

What’s more, your patent also gives the enterprise the confidence that they won’t have to be spending on another patent – something that will most certainly reflect on the payout.

So then, patent registration is the only way to protect and get returns on your idea?

Well, we could only call it the safest way out of possible muggings. The thing is, not everything is worth taking a patent (usually worth thousands of dollars) for. Some ideas may only be a cheaper way of going about production in a generally non-lucrative market or even just a substitute for something already on the market that stakeholders are content with.

Unless you have other motives other than making a killing, investing in an idea that doesn’t promise befitting returns would be a crazy idea. You’re probably aware of the statistic that only about 2 to 3 percent of all patented products make it on the market. Before you find make a decision that could land you in the unfortunate 97 percent, it is only advisable that you first evaluate your invention, the market it’s going to trade in and all facts pertaining the patent you’re looking to secure. Consult patent databases to find out about existing inventions; identify licensing partners, if a technology already exists; and avoid research activity duplication.