The questions that the streaming world faces 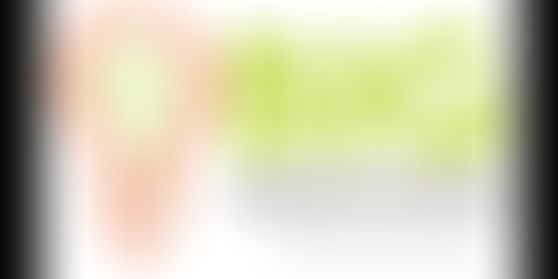 With Streaming Digital entertainment being all the rage right now, we look at the next big question the entire industry will have to deal with in this never ending battle of description.

A few years ago, YouTube became the platform for funny videos. It evolved into a platform that provided informative videos and trailers of upcoming films. In 2017, every media house has embraced YouTube. So, you will see YouTube channels that provide all kinds of news, reviews of almost every product in the world as well as trailers and information about everything under the sun and above it.

YouTube really introduced the Indian audiences to A few years ago, YouTube became the platform for funny videos. It evolved into a platform that provided informative videos and trailers of upcoming films. In 2017, every media house has embraced YouTube. So, you will see YouTube channels that provide all kinds of news, reviews of almost every product in the world as well as trailers and information about everything under the sun and above it.

YouTube really introduced the Indian audiences to streaming digital entertainment. It was just a matter of time that content owners tried to monetize their inventory – film distributors started their channels that streamed films, tv series and recorded performances. But that was just the beginning. Sometime in 2016, the streaming behemoths Netflix and Amazon targeted Indian audiences. So, while Netflix gave us the best of the best in entertainment, Amazon Prime became the munching channel.

Amazon Prime and Netflix has had incredible growth in the Indian media market. Just five years ago, these names weren’t even industry parlance. Today, owners of edgy and alternate content are signing deals with them along with satellite and television deals. Since mid-2017, big budget, tentpole Bollywood films are available on Amazon Prime three months after their wide release.

Around the same time, Facebook decided that it wanted a big part of the pie of streaming revenues. And they had a platform to provide that others could only dream of – a socially engaged one. Facebook became the go to place for content producers to host their videos. All India Bakchod started making posting their videos on Facebook and that started the deluge. Today, we have The Timeliners, Girlyapa, and countless other production houses. Not just that, we have individual content producers like Ashish Chanchlani, Bhuvan Bam and others who connect with the audience like nobody in an entire generation has.

The first question that the streaming world now faces is who among the big three will finally be the place where all go. YouTube has been trying to make create a subscription model for their content, but that hasn’t worked out too well yet. Netflix has amazing content, but the subscription is a bit steep and is only going to be steeper. Amazon Prime is currently content playing jack of all trades.

The world of streaming is still evolving, and the final picture could be quite different. Basically, there are two facts about the streaming market. The first one is where individuals create short films and popular web series that are finally picked up by a media house – like Large Short Films, who have a YouTube channel of their own.

The second is where streaming platforms from Netflix and Amazon Prime commission new short films and web series that then stream exclusively on their platforms. While both have some great content, one important question that the streaming world faces is of identity. Is the indie film made on an iPhone the identity of the short film market or is it the commissioned, produced product that hits our streaming platform accounts every month or so.

While it is all flowery on the business side of it, the picture is not as rosy for individual content makers and film makers who are into making edgy and controversial content. With big money coming in, there is going to be a requirement for big returns. With mainstream films coming into the picture, indie films might may side-lined.

Questionable entertainment like reality television is finding its way into streaming. Our timelines are full of memes poking fun at the followers of celebrity reality shows. With reality shows like those coming onto the streaming platforms soon, will streaming lose its sheen and become home to more run of the mill content?