Shall we call it a truce and is this the end of longest running saga in Indian tax history ???

India–Mauritius treaty aims to bring transparency and to streamline investments.

India will levy capital gains tax on investments routed through Mauritius from April 1 next year, bringing down the curtains on a contentious three decade-old rule that allowed companies to bring in billions of dollars by paying negligible taxes.

The taxes on capital gains will apply to investments made from April 1, 2017 and will be imposed at 50% or half of the domestic rate until March 31, 2019, and at the full rate thereafter.

The government on Tuesday announced that it will amend a three-decade old treaty with Mauritius, which will enable India to impose capital gains tax on investments coming from the African island nation starting next year.

Our endeavor is to simplify the key points as under:

What is India-Mauritius treaty: Signed in 1983, the India-Mauritius Double Taxation Avoidance Agreement (DTAA) mandated that capital gains can only be taxed in Mauritius. The agreement helped Mauritius' rise as a financial centre, and it became the source of the biggest foreign investment into India.

Why are the treaty terms being changed: The treaty with Mauritius was renegotiated because the Indian government believes that a chunk of the funds coming from Mauritius are not real foreign investments, but meant to avoid Indian taxes, a practice known as "round-tripping". [1]

How does round tripping work? Round tripping refers to routing of investments by a resident of one country through another country back to his own country. You get money out of India and transmit it to a tax haven with whom India has a bilateral tax avoidance treaty such as the double-taxation avoidance agreement (DTAA). In the tax haven, this money is treated as capital of a registered corporate entity. You now invest this money back in an Indian company as foreign direct investment (FDI) by buying stakes or invest it in Indian equity markets.

How does this help in avoiding taxes? The entire purpose of this exercise is to window-dress as foreign capital your original money that you had taken out from India. In the entire process, you end up paying zero or negligible taxes. In India, you can claim tax exemption citing the DTAA arguing that you have paid taxes in the source country. In the source country, taxes are negligible since it is a tax haven.

What are the treaty changes: For two years (2017-2019), Mauritius-based companies will have to pay short-term capital gains tax for investment in India. The tax rate will be half the domestic rate of 15-20 per cent; thereafter full rate will apply for all companies.

What happens to other similar treaties: Singapore and Cyprus treaties are co-terminus with Mauritius treaty and will be accordingly negotiated, analysts say. India gets a substantial chunk of foreign investment from Singapore.

Will the new treaty impact investment in India? According to Kotak Securities, the new India-Mauritius tax protocol will result in a more stable and transparent regime and is a positive in the long term for long-term investors. [2]

Why are stock markets nervous? Traders fear that the new tax rules will impact foreign flows into domestic equities and debt markets because many foreign funds had set up base in Mauritius to avoid paying any capital gains taxes in India. Mauritius is an important investment base for India, accounting for a third of the $278 billion in foreign equity investments that India has attracted since 2000.

What about P-Notes?A lot of foreign investment in India comes through participatory notes, used by investors who want to invest in India without registering with the market regulator. P-Notes will get taxed for short-term capital gains from April 1, 2017. Analysts expect investment through P-Notes to drop once the treaty benefits of investing through Mauritius and Singapore go.

How will impact investors? Many foreign investors will have to redraw their strategies. The incentive to route investments through Mauritius will cease to exist once the new rule kicks-in. This could raise their tax outgo.

What about markets? It could hurt short-term foreign investor inflows into India, particularly from companies whose investment strategies are guided by minimising taxes. This could pull down markets initially.

What experts say: Analysts said the new treaty was largely along expected lines. They welcomed the government's move to impose the capital gains taxes only on future investments from Mauritius, not existing ones. Many investors had seen the changes as inevitable as governments around the world get tougher on taxes. [3]

What is the government's stand on fund flows? The finance ministry on Wednesday said India will continue to attract investments because of the inherent strength and the return it offers to investors.

In summary, the renegotiation of the treaty is likely to prove beneficial for both investors and the government. Investors get certainty on the tax front, coupled with a very reasonable mechanism for transitioning into the new regime. The government gets to put a controversial tax issue to rest, and can get on with the task of undertaking more critical reforms in the tax space

On the flip side Experts say the Netherlands may emerge as an alternative destination for FPIs following the changes to the Mauritius treaty. The India-Netherlands treaty is a smart treaty, and it can emerge as a preferred alternative for FIIs especially those in Europe. Lets wait and watch.

To know more about us please feel free to visit us on www.ksaattorneys.com 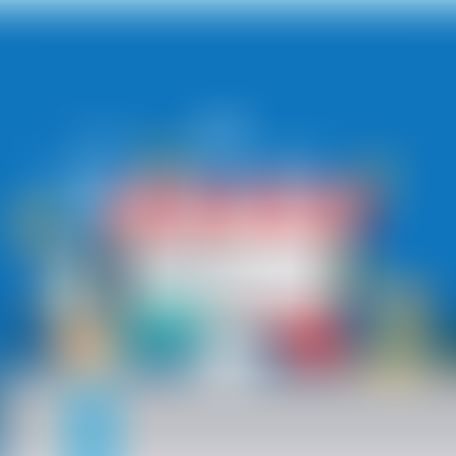