FIFA World Cup 2018 - Which Indian companies are going to be the real winners?

Sony Pictures Network (SPN) India is set for a fantastic year ahead as it has scored the official broadcast partnership for FIFA World Cup 2018 in India. Many of the top Indian brands have already registered with the broadcaster for sponsorships.

Rohit Gupta, the president of SPN, Network Sales, and International Business, said that SPN India company directors have gathered numerous brands for FIFA 2018 tournament. The brands provide an associate sponsorship. These include, he added, Apple, Parle Agro, and others. Hero and Association of Mutual Funds in India however, lie at the highest stage of sponsorship.

Gupta argued that Sony Pictures Network (SPN) had 38 sponsor brands at the time of 2014 World Cup which drives them to target more in FIFA 2018. He further states that where the youth is concerned about FIFA, the degree of their enthusiasm is tremendous.

The sponsoring brands are can be looked upon closely through the help of Tofler. It is a database and a research platform for businesses. It gathers data, from various public domains, company websites and government websites, all in one place.

Through a constant upgrading of information, the accessibility of any business’ information is easier. It allows getting to know the companies before any dealings. Furthermore, choosing dependable sellers that are fitting can be taken advantage of, through Tofler.

June 14-July 15 has been resolved as the final dates to conduct FIFA World Cup 2018. SPN is all ready to facilitate the tournament with six languages-Hindi, English, Telegu, Tamil, Bangla, and Malayalam being broadcasted. Previous FIFA world cup advertisement profits for SPN were estimated close to Rs. 130 crores.

SPN India is considered as the subordinate of Sony Corporation that controls and manages a network of television channels. SPN India company profile, the media company previously popular as SET India and rebranded in 2015, was also the broadcaster for FIFA world cup 2014 and Under-17 world cup. In 2014, they obtained a five year deal with FIFA. This gave them the right to broadcast all FIFA-related affairs in India.

With Indian viewers becoming more and more accustomed to football, this world cup is expected to be a huge success in terms of viewership in India. The brands understand this and are equally enthusiastic about the event.

The president of SPN, Rohit Gupta put forward that since the World Cup is awaited long and is played once every four years, marketers have been highly assuring. He added that their expectation was met when they saw all the big brands ready to sponsor the broadcast, and also they presumed huge brands to show up because of the youngsters and their high spirits. Lastly, the president hoped for more brands to hop on the FIFA sponsoring ride!

Kedar Teny, the marketing head, found information regarding the audience of football in India. After examining, it revealed football to be the second-most renowned sport after cricket in India. But football isn’t represented at a high level, India is still not in the FIFA top 32. Nevertheless, an audience is found for both football and FIFA.

By keeping the company financials a mystery, one of the industry professionals states that based on a brand’s engagement, sponsors lie between Rs 3-7 crores. He mentions that sponsors are difficult to compare because associate sponsor deals are standardized. He also says that on the spot purchasers sponsor Rs 2-3 lakhs.

Many other industry professionals believe the key packaging or the title and sponsorship presenting is varying between Rs 10-15 crore. One media schemer revealed the company revenues to rise up high since in 2014 FIFA tournament a spot cost Rs 50,000 for a 10 sec advertisement approximately. In comparison, he further adds, this year the position costs almost Rs 3 lakhs.

Dinesh Vyas, the vice president, claimed that there may be many sponsorships coming at the last moment. He told that there is a difference between Indian Premier League and FIFA. He said that FIFA is a “male-dominated” sport. Due to that, he also claimed, a young audience is more probable to watch the tournament.

This, the VP insisted, will cause brands to target a younger audience through a lot of categories. Vyas also revealed Sony’s strategy to increase this young viewership. He told that using a suitable time for youth, Sony broadcasted the matches on the “Indian prime time”-5.30pm IST, 8.30pm, and 11.30pm.

The timespan of FIFA is smaller than IPL, and according to the VP, it will add more audience in the tournament who wants to become a part the FIFA craze. He clarified that these additional viewers are those who are occasional football fans and do no watch the matches religiously like other FIFA addicts. In a similar manner, Vyas says, Sony is able to catch hold of many sponsors.

Gupta briefed about Sony having a discrete catalog for television and digital. He stated that for some TV sponsors will remain similar on digital, however, some clients will be selectively for digital. Sony has 5-6 sponsors on digital, but only two of them are for digital, exclusively.

He mentioned, “Various brands are getting associated there as well since football is a friendly sport. On OTT platforms, I don’t think getting sponsors will be a problem.”

FIFA asserts its viewership to be around 1 billion globally in the deciding match between Argentina and Germany in 2014 World Cup.

At that time, FIFA became the most viewed sports event in history as Germany won the tournament. With an expected rise in the audience, SPN India and its sponsors are undeniably going to be the real winners in terms of viewers and sponsorship. 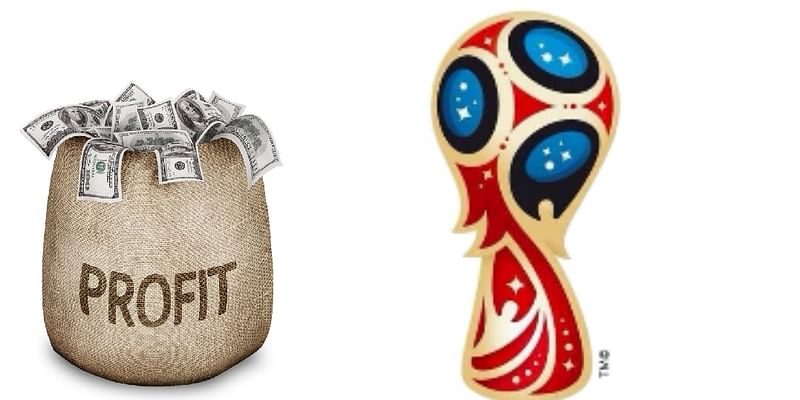 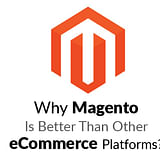 Why Magento is better than Other Ecommerce Platforms?