Given the sheer plethora of media channels, zeroing in on the most useful ones can feel more than a little overwhelming – particularly for B2Bs.

Unlike B2Cs that find it relatively easier to identify and target customers on pretty much any network, B2Bs don’t quite have it that easy.

In overzealousness to expand their footprint on Facebook and LinkedIn, B2B marketers often end up undermining the immense potential of Twitter. 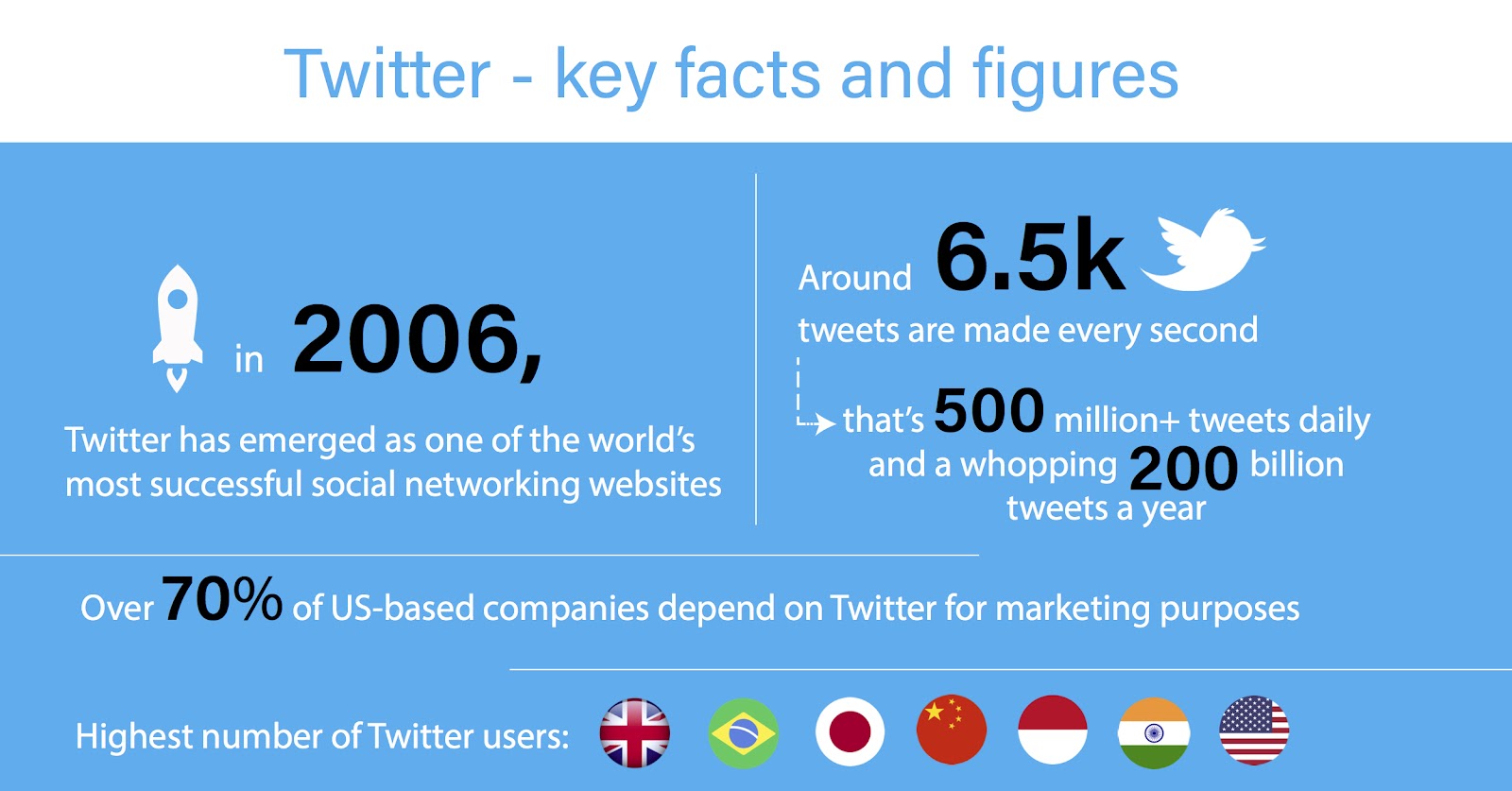 As per recent content marketing trends for B2B (revealed by Content Marketing Institute’s research), LinkedIn remains the preferred social media choice for B2Bs, with nearly 90% of B2B marketers actively using it to share their content.

In this report, Twitter came a close second with 77%, yet, plenty of B2B marketers don’t seem to accord the importance it deserves. 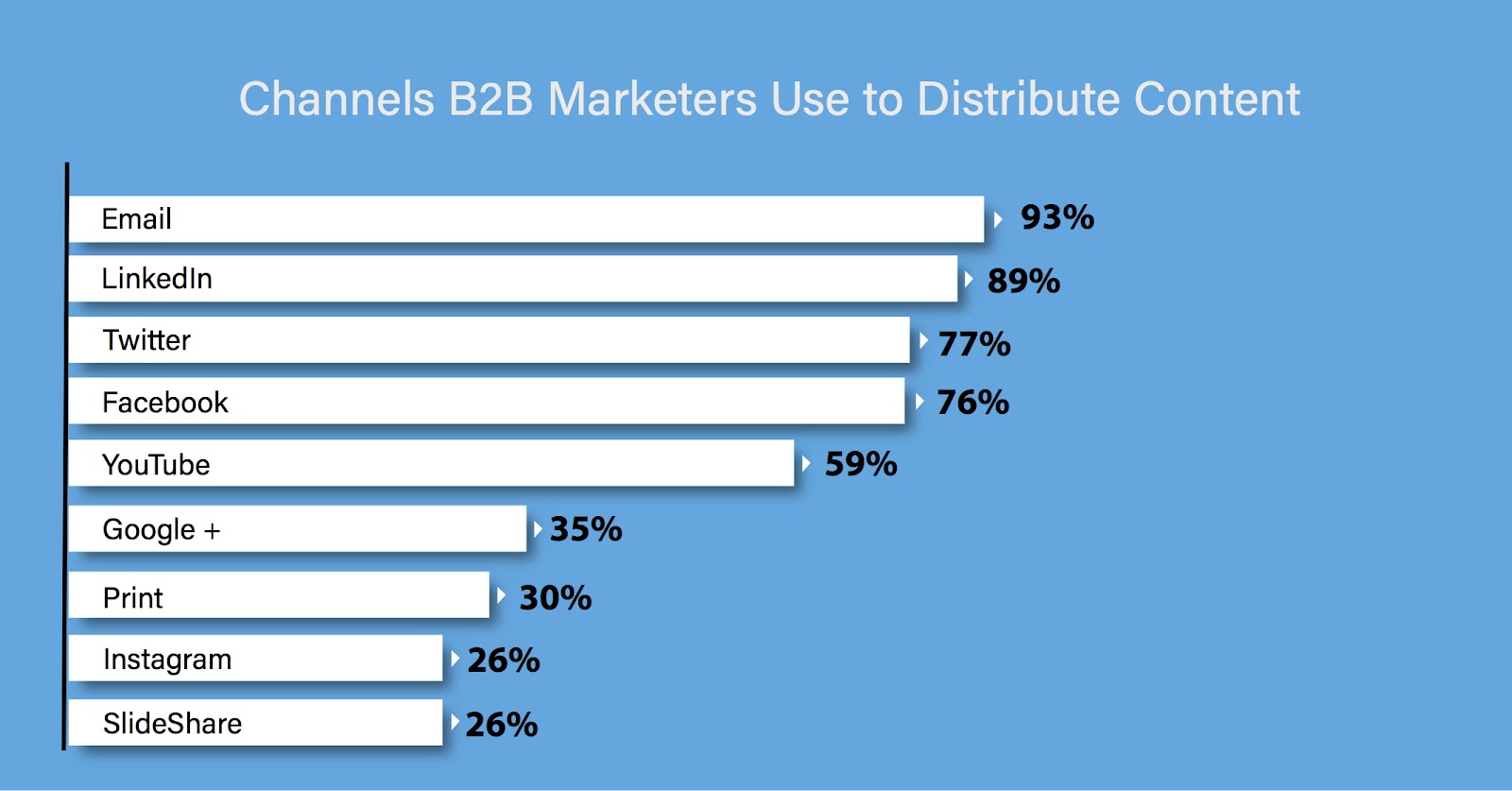 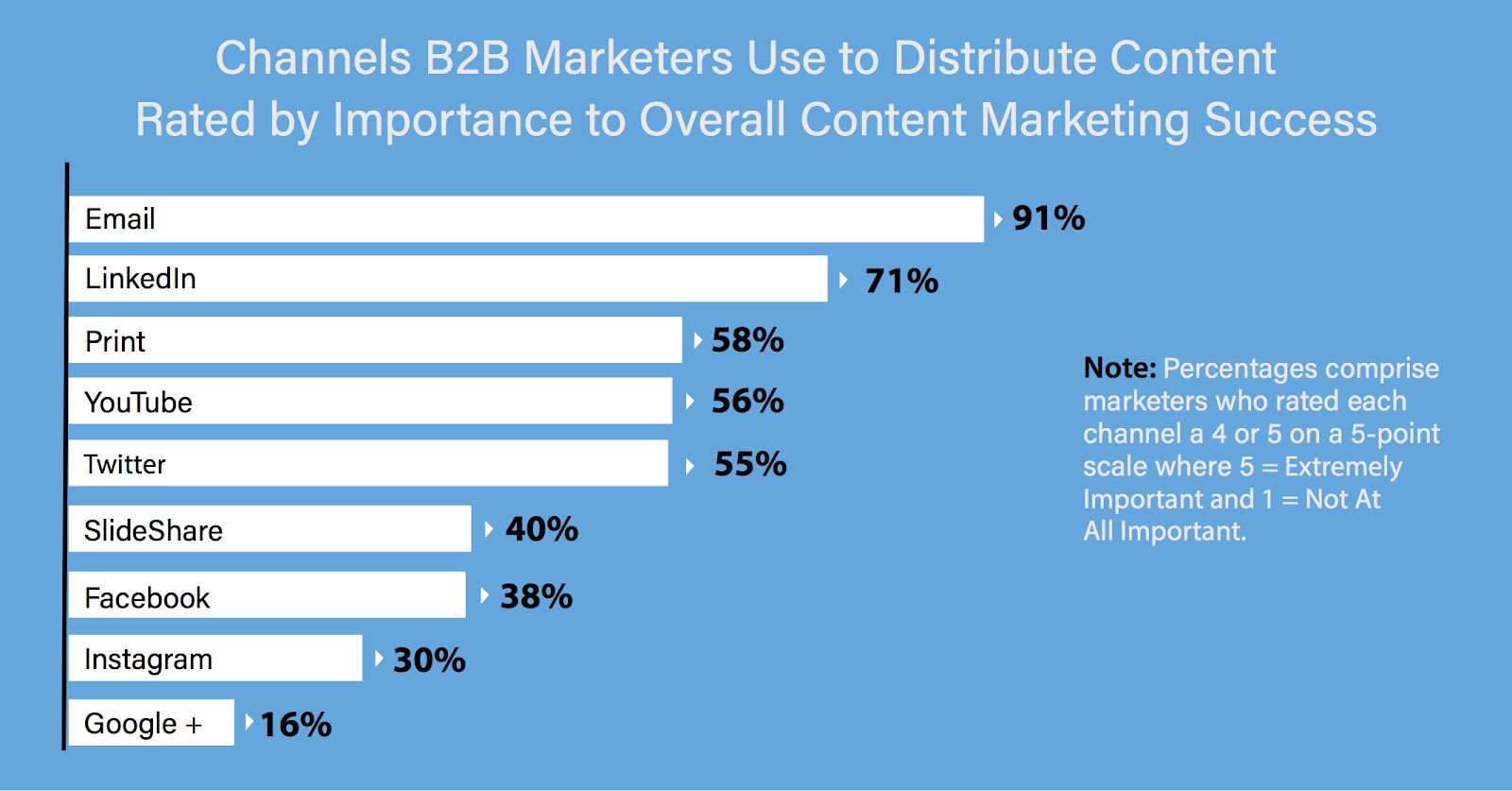 According to the above, 71% B2B marketers consider LinkedIn as a key component in their content marketing strategy. This figure comes down to 55% when Twitter is in consideration.

A closer look into LinkedIn makes it clear as to why it remains the # 1 choice for most B2B companies: targeted audience.

On a surficial level, this makes sense.

After all, why not choose a platform that is tailor-made to effectively target executives & decision makers, influencers and thought-leaders?

Fair enough, but here’s the thing:

So here are tips on effectively leveraging the Twitteratis

As the first step towards consolidating your Twitter strategy, figure out how many of your existing clients are active users on this platform. Find out actionable information about these individuals, companies and brands.

Quick tip: It is also a good idea to target other generic influencers within the B2B industry. This could include vendors or even journalists specializing in your niche. 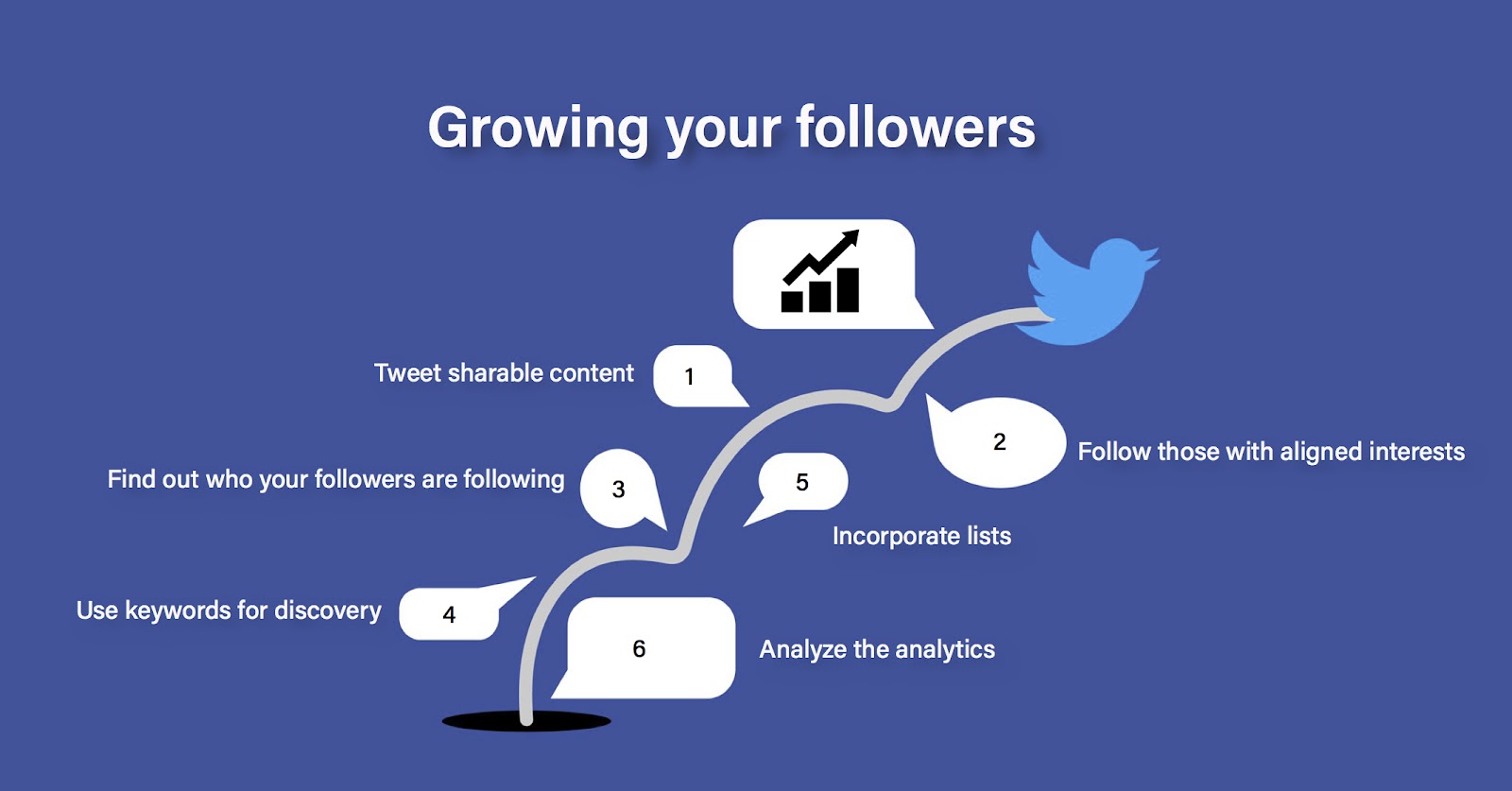 After having done your initial research, it is time to take the plunge. At this stage, your focus should be on

Here’s how you can accomplish these two goals.

The key to growing your Twitter following is to pay attention to what you’re saying. Needless to say, tweeting salubrious, sharable content is paramount to your success – which basically means tweets ticking all the four boxes: informative, inspirational educational and entertaining.

Who you choose to follow says a lot about your B2B brand, just like people who follow you is an accurate reflection of who they are.

By following your target audience and engaging them meaningfully - such as mentioning them every now and then in your tweets or retweeting their tweets - you can expect a follow back at some stage.

Find out who your followers are following

Similarly, take a close look at individuals/companies that are being followed by your followers; it will help draw trends on their indirect areas of interest.

Use keywords for discovery

Relevant keywords help put a brand into perspective. It also helps in being discovered, by relevant audiences. Don’t, however, crowd your 280-characters with endless hashtags, simply in pursuit of getting discovered.

As another must-have in your arsenal, adding lists is a great way of ensuring a relevant following on Twitter. Lists essentially help segment and organise people you interact with - in a manner that makes most sense.

For instance, you may want to have a separate list for the following:

Make it a daily habit to go through the aforementioned lists. Observe any shareable content that you feel is in sync with your B2B goals – and then take action.

To better understand what’s working and what’s not, pay close attention to analytics. While there are tools that can simplify the numbers for you, the free analytics available through Twitter is a good starting point.

You want to figure out what is it that your audience responds best to, so do the following:

When should you be tweeting?

How many times you tweet on a daily basis is an important decision that must not be rushed into. While more tweets will give the kind of interaction you’ve always wanted, that also means spending more time on them.

Do note though that this does not include any interactions or responses that your tweets may involve. 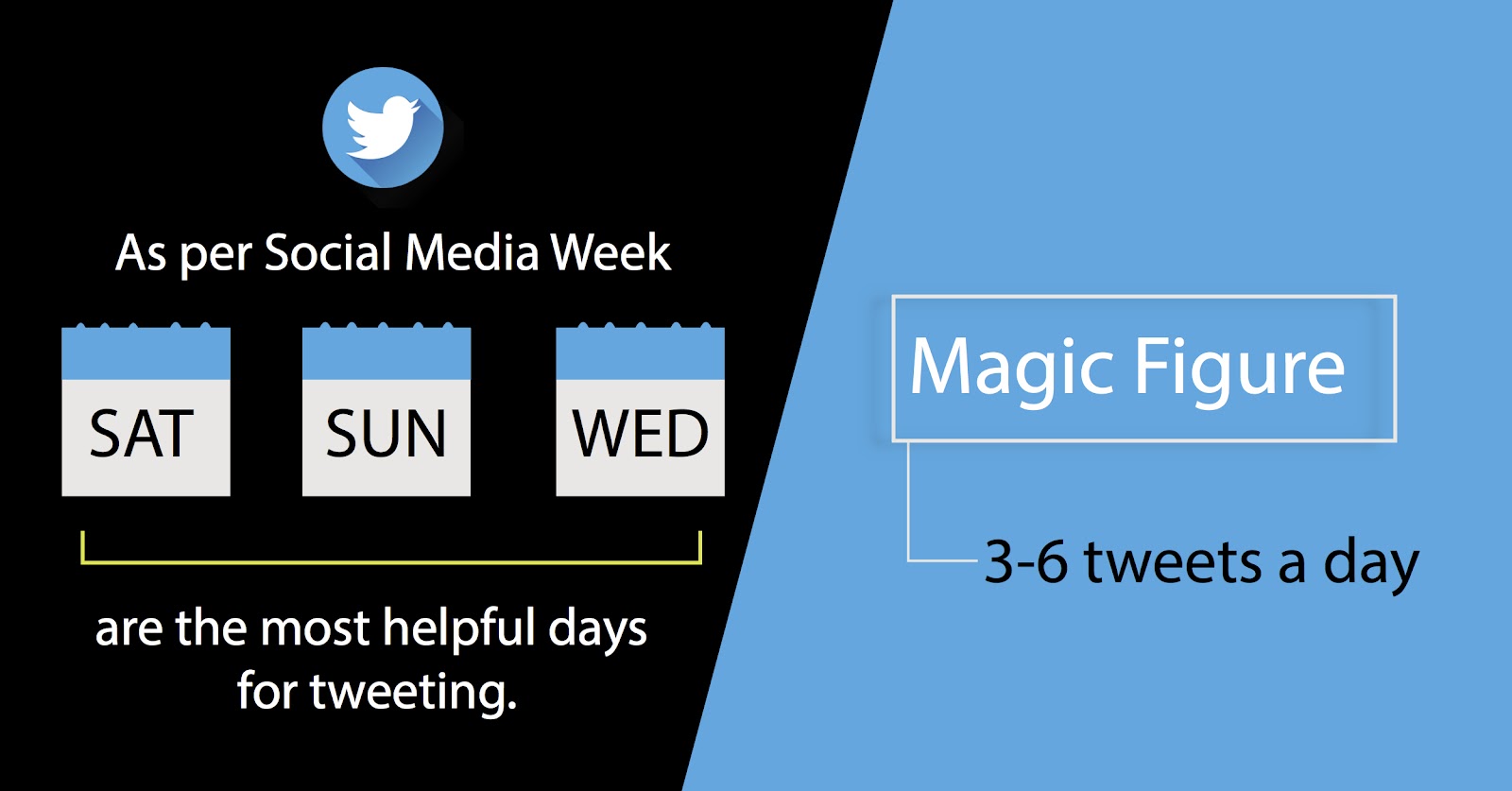 This is a million-dollar question. Despite the relaxation in character restrictions, brevity remains paramount.

Focus on informing, educating and entertaining as succinctly as possible. 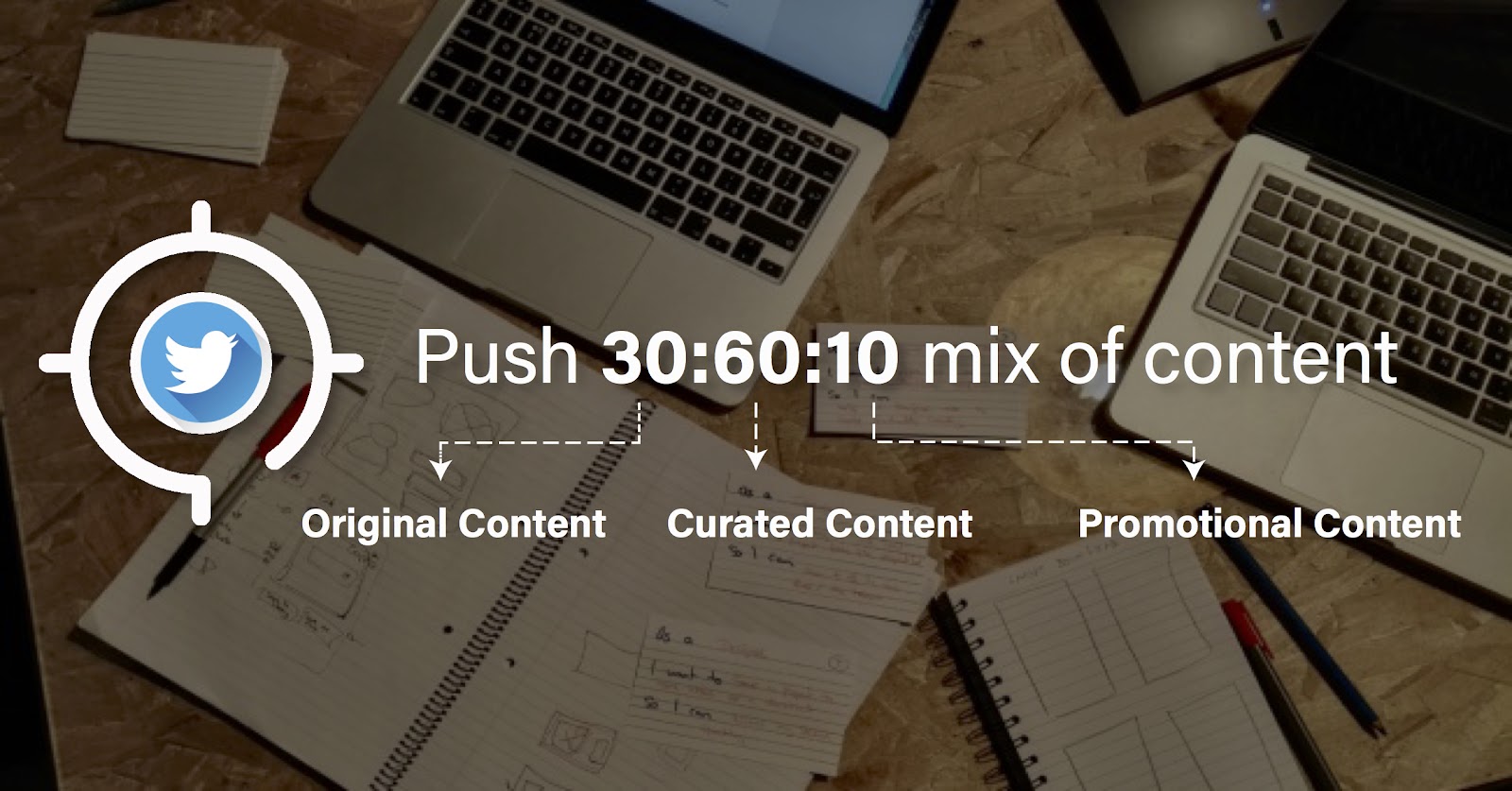 You can do this by:

But as always, there’s a caveat.

In B2B, decision making generally takes longer, so it’s absolutely fine to expose your target audience to your message several times a day. For example, digital intelligence player New Relic took the following approach in 2017 to direct its audiences through the sales funnel: 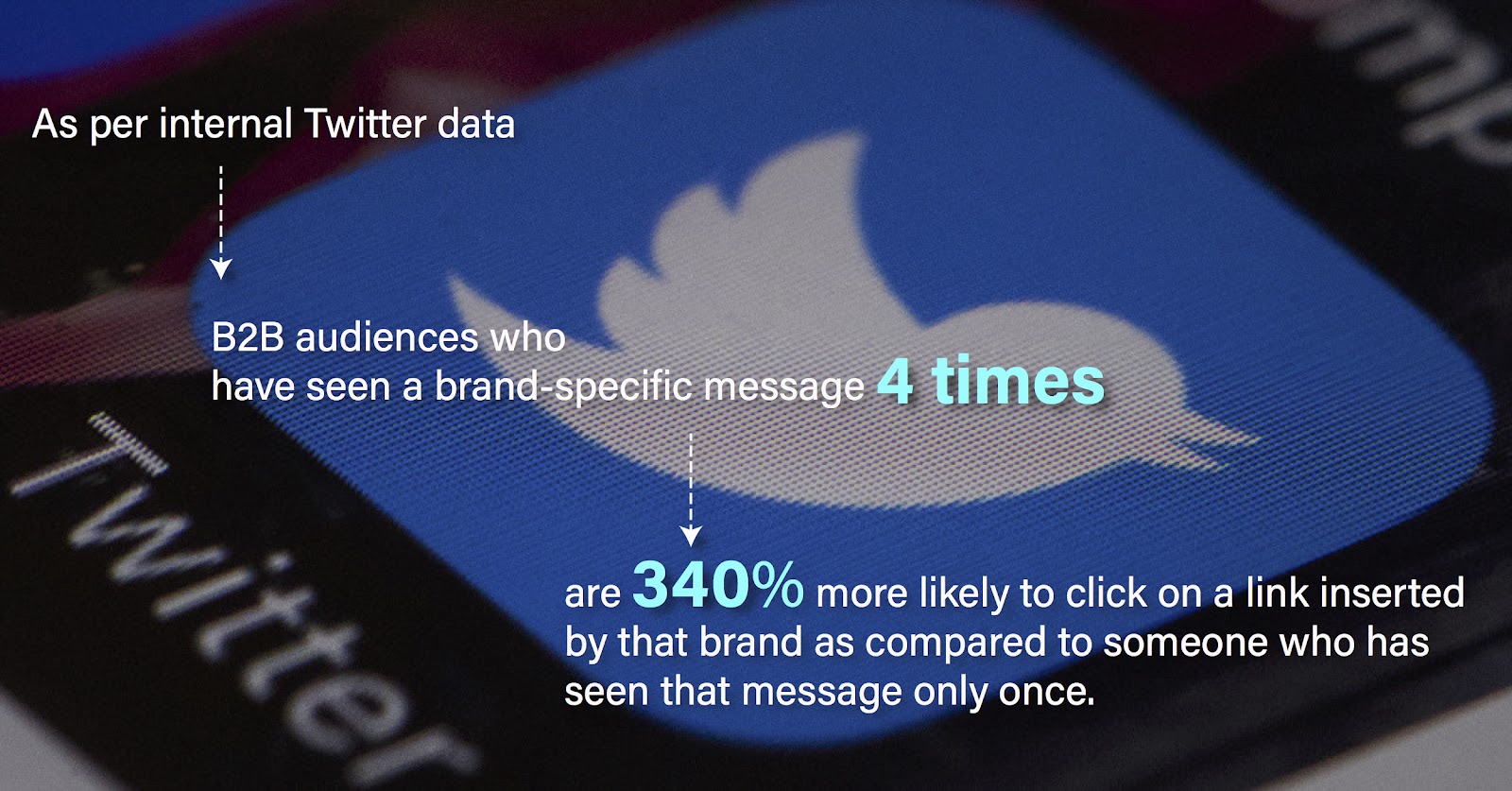 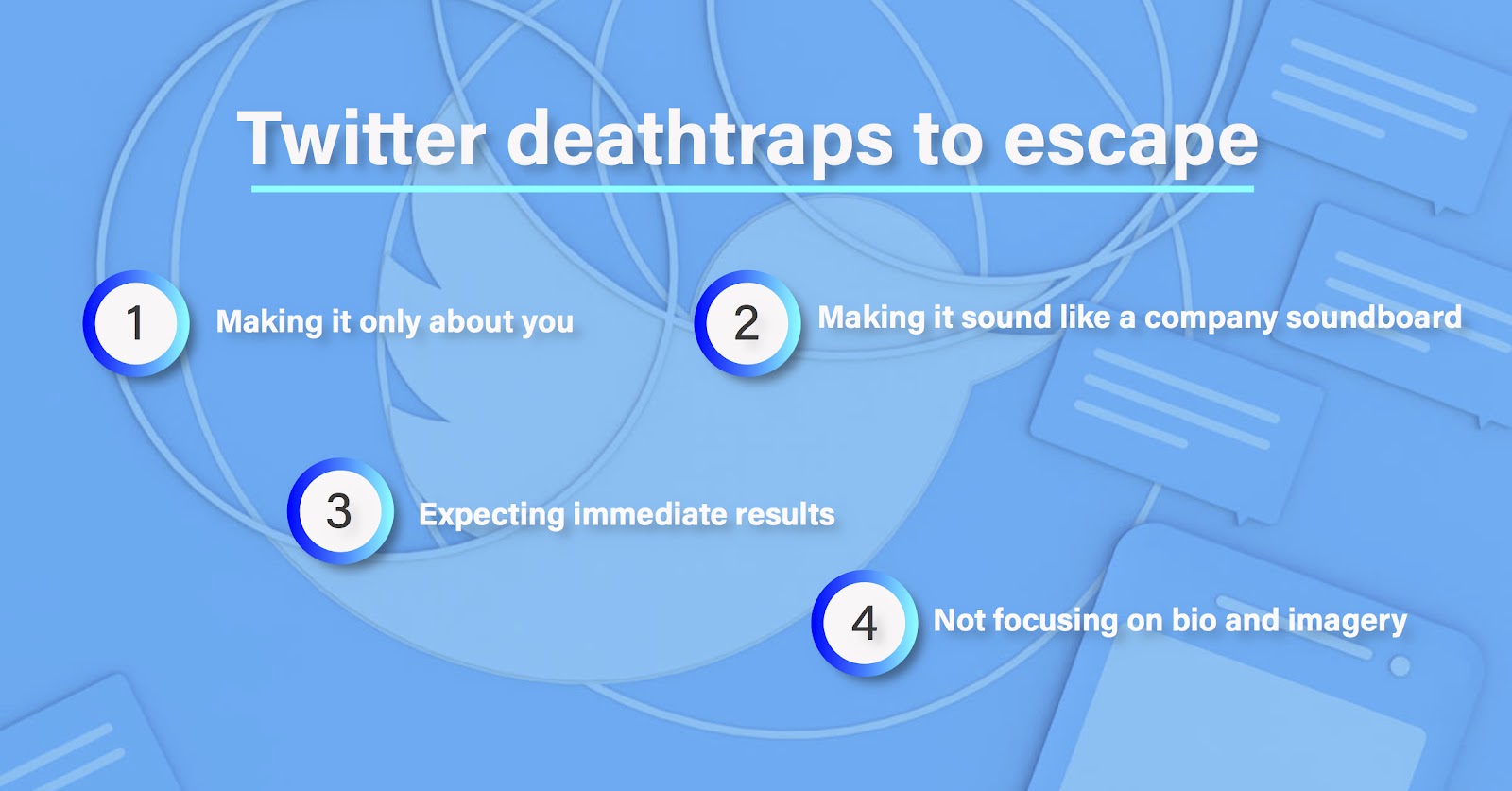 This is a cardinal sin! Twitter is not just about you; it’s about engaging with likeminded people on topics of common interest. 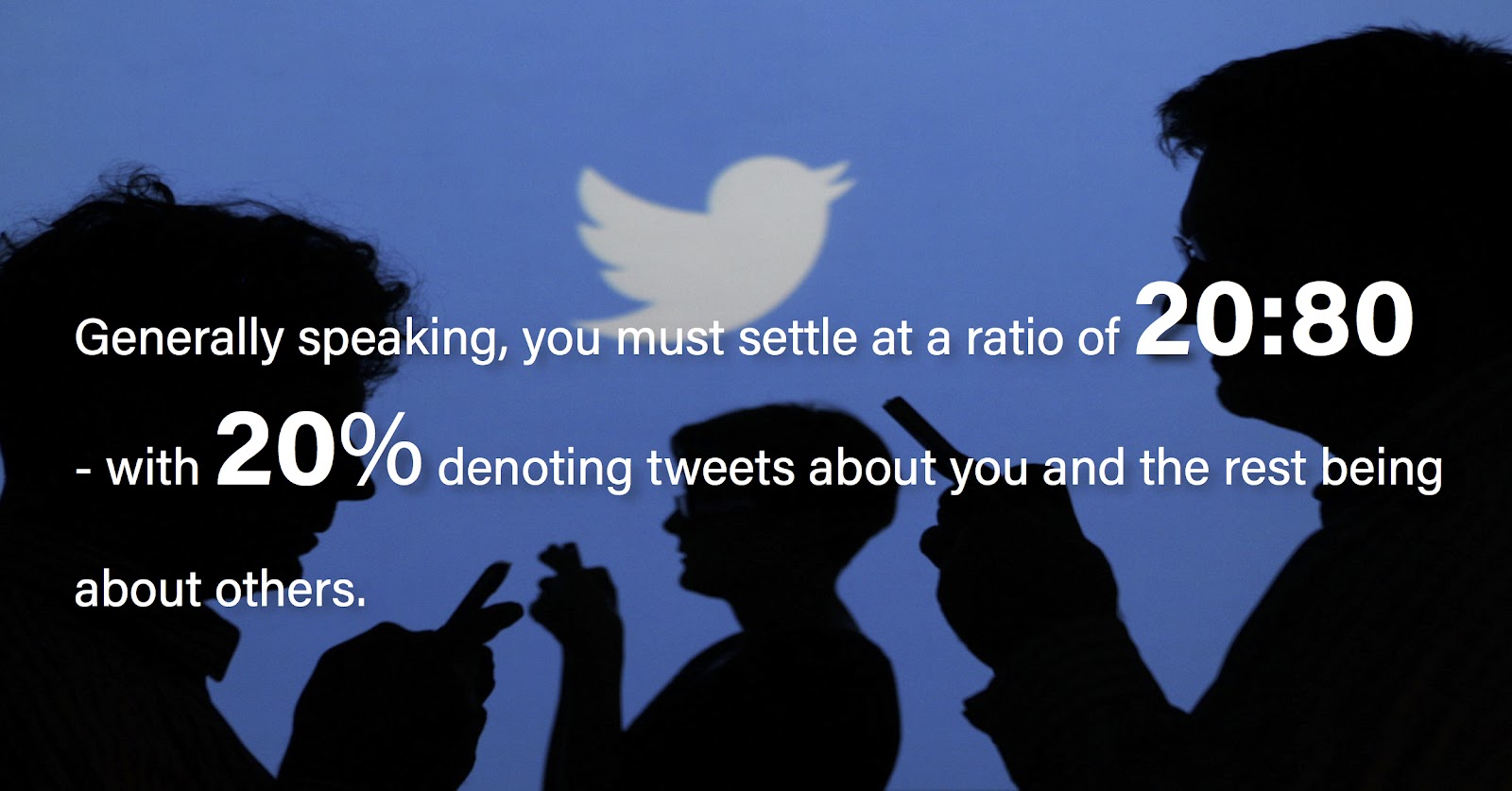 Yes, you can use Twitter to share press releases every now and then. But that’s not the be all and end all of your focus.

Your brand’s tweets need to encapsulate a lot more than just another self-promotional newsfeed because sooner or later, your followers are going to wake up and smell the coffee.

Gaining momentum is definitely possible but it can’t be fast-tracked with a magic wand and over time. The key is to be consistent and regular.

4. Not focusing on bio and imagery

Your Twitter bio is a summary of what your brand represents, so take your time to get it right. How you go about describing yourself can make or break the impression to potential leads.

Similarly, tweets with pictures or infographs are known to attract much greater engagement.

Remember, every aspect of your bio can impact your business prospects, so make every word count.

Not harnessing the reach of Twitter is an egregious mistake, even for B2B players. Apart from helping you make business connections with B2B companies and professionals, Twitter is also an excellent social podium for adding value to existing customers and potential leads. A winning combination of sound content marketing strategy and consistent efforts can supercharge your lead generation efforts – and yield sustainable results.