By Ankan Kumar|30th Mar 2017
A detailed analysis on the start up scene in next super power country.

It begins with the birth of an idea. An idea is all it takes to build a billion-dollar business. For an idea to take off requires a lot of capital, manpower, customer base and skill. Of these resources, the most important asset is capital.

Without money, there is little or no scope of scaling up and this is where the power of investment comes in. Investment is a highly “calculated” faith of an investor in a company. It undoubtedly involves a lot of risks but as they say, the greater the risks the greater the returns. Even a small percentage of investment can multiply folds and turn into an exponentially increased amount of return.

India is a growing hub of startups, and each startup requires funds to sustain the business.

Now, where do these funds come from? Who funds the Indian startups? Who are the major investors? These are the questions I will answer for you.

Before that, we need to know more about investment.

What is the need of investment?

If there are a bunch of investment firms to make investments why is it that companies are making investments? What are the profits made by a company in investing in another company? What do they make additionally?

The answer lies below.

Technology keeps on advancing. There is no stop to it. So, when a company finds another company building a new technology that could benefit its own product, it opens up an avenue for them to invest. This way it could tap on resources to enhance its own product without really investing in manpower to do it for themselves. Thus, a company stays up-to-date with the trends and innovates its own product.

When tech-giant Apple announced its 1 billion dollar investment in SoftBank, a Japenese billion dollar telecommunication business, it had the same motive in mind. Apple has always been the crocodile in a pond, an exception when it comes to business. But this time, the story took a different turn when it decided to invest in another company for its own profit in terms of technology. Read more about it here.

At times, more than the company, investors are interested in the entrepreneur of the company. If they recognize the entrepreneur as particularly visionary or extraordinarily skilled, they opt for investing in the particular company so as to build cordial relationships. This leads to fresh ventures that benefit both the companies and promotes mutual support.

This has been a noticeable ideology amongst most entrepreneurs nowadays. It not only leads to a cognitive mix of thoughts and ideas but also paves the way to collaboration, expansion and innovation.

When a company invests in another company, it is basically acquiring the target customer segment of the company. How this works is, once you make an investment in a company through collaborations you start marketing your own products in the invested companies’ customer segment. Their customers become your customers.

This definitely helps in expanding business and creating more loyal customers over a diversified range of people.

Heard the latest news on the purchase of Reliance’s 1% stake in Paytm by Alibaba which brought Reliance a whopping profit of 2600%?

Reliance, the telecommunications major, invested 10 crores in Paytm, a platform for online transaction and deals in 2010 and within a span of 7 years made a profitable exchange with Alibaba by selling it for a massive 275 crore rupees. As it turns out, an investment can actually turn out to pay some huge dividends. It could be the perfect way to make money and build relationships with contemporaries.

Google has been constantly targeting self-driven cars since the past few years. Besides its own technological development in the self-driven car segment, it has also shown a great interest in collaborating with the global car service giant Uber.

Through this news, we see Google’s unaddressed interest in Uber. This certainly brings us to the conclusion that Google sees some potential in on-demand car services. Also, realizing Uber’s potential in capturing the potent business, it is heavily investing in the same to make profit from it as it is reasonably sure about its success in this segment. Whether Google takes over this business on its own or not, it definitely sees Uber on the boom. By investing in Uber, Google banks itself some big money.

India: The face of investment

India is the upcoming hub of startups. It ranks third to U.S. and U.K. in terms of the country with the most successful startup generation.

Having said that, India has gained a huge amount of popularity in terms of investments made from national and international venture firms. We wonder why.

As we reflect on reasons why companies invest in other companies, we see India checklisting most of the clauses. We see this as the highlighting factor for India attracting investors.

Let’s find out how.

India is a developing nation. With the advancement in technology and growing spirit of innovation, the country has been an incubator and is constantly on the boom. When it comes to innovation and entrepreneurship, India has made some unexpected and extraordinary appearances. Whether it was developing the Ola app which gave direct competition to global cab service Uber, or Flipkart when it came to ecommerce. It has delivered some game-changers and potential competitors.

Thus, investors see the nation as a hub for startups, more like a community of innovation for the interests of the masses. This USP makes India a sought after community to invest in.

There are a bunch of extraordinary entrepreneurs in India who are the highlights of the startup culture in India. From the story of the Bansal brothers of Flipkart to budding young entrepreneurs from small colleges in India, the nation is rich in business and business officers.

India has a population of 7 billion people. It makes for nearly a fifith of the world’s population.

If one entity happens to go viral in the country, it hits a jackpot of atleast a million users. This is the strength of the customer segment in India. The elasticity in finding customer base. This is what attracts investors in funding startups in India. If the startup does scale up, it would strike them like lightning. It hits off like a rocket and reaches the stars in a snap.

There is a whole lot of investors in the business market. Both within the country and without. It is essential to understand and analyse the ownership hierarchy running in the businesses in the control. This is because, at the end of it, there are only a handful companies who control the entire business scenario.

When it comes to India, SoftBank and Tiger Global stand out as the main sources of generating funds for the Indian startups.

SoftBank, a Japenese telecommunications company is one of the biggest investors in Indian startups. It has pledged an investment of $10 billion in India’s IT and communications space. Currently, it holds investments in Snapdeal, Ola and Housing.com, courtesy Nikesh Arora whose brief but eventful stay at SoftBank introduced it to the Indian market.

Also, rumor is SoftBank is in talks to purchase 20% stakes in Indian handset maker Micromax Informatics for upto $1 billion.

And then there is Tiger Global, an investment firm who has been hunting down deals year after year. It is deeply committed to India’s startup ecosystem, where it has investments in startups across a range of verticals and is well-positioned in two of the country’s hottest segments: e-commerce and taxi-booking apps. Its most recent big investments have included participation in Amazon-like Flipkart’s $1 billion round and Uber rival Ola’s $210 million raise, which was led by SoftBank Ventures — both times as an early-investor. (source: here)

Apart from these two, there’s Alibaba which owns around 41% in Paytm E-commerce Pvt. Ltd and close to 3% in Snapdeal. Since Snapdeal’s biggest investor is SoftBank, who also has a substantial stake in Alibaba, it suggests a merger between Snapdeal and Paytm that could prove to be a profitable step for Snapdeal, Paytm as well as Alibaba.

The World is a Web

Companies are running after companies. There is an extensive web network between companies in terms of their ownership of each other.

While Alibaba owns a certain percentage in Paytm, at the same time SoftBank owns stake in Alibaba. Meanwhile SoftBank also holds stake in Snapdeal. This makes for a hierarchy, giving SoftBank a small percentage ownership of Paytm indirectly.

The same is the case with a lot of companies. The company structure worldwide is a complex web-like structure. This is what makes a few companies rule the other companies. 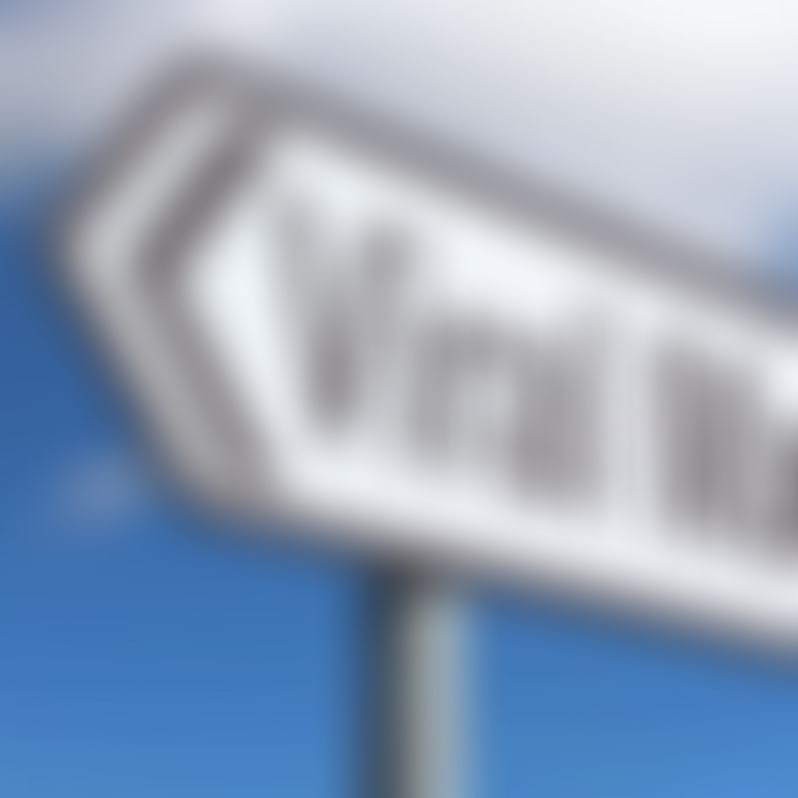 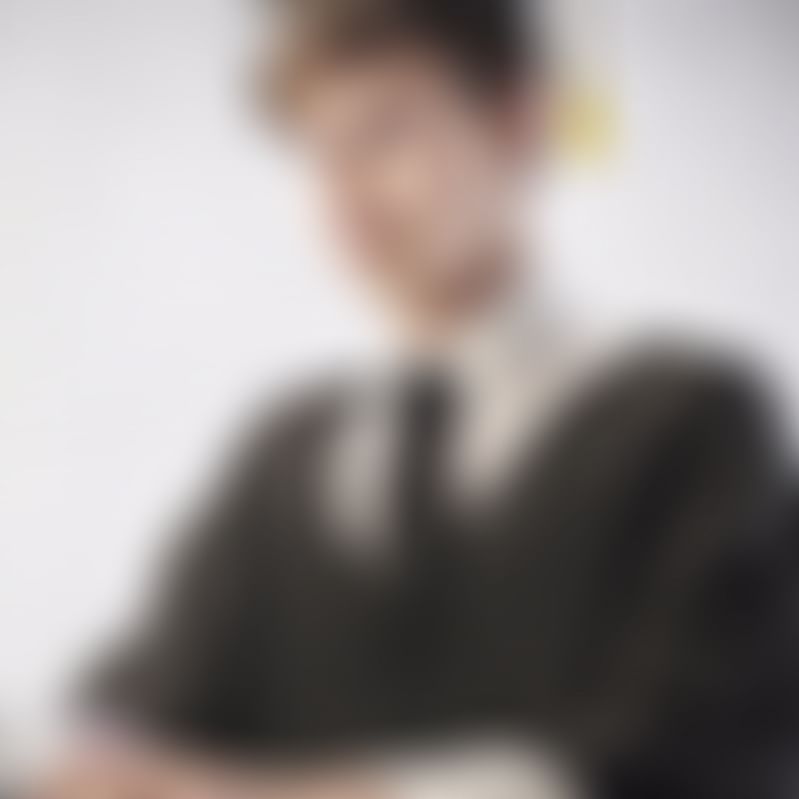 Personal benefits for the students of having a finance degree