Greatest Learning from 2016: How Donald Trump burst bubbles and shook the world. 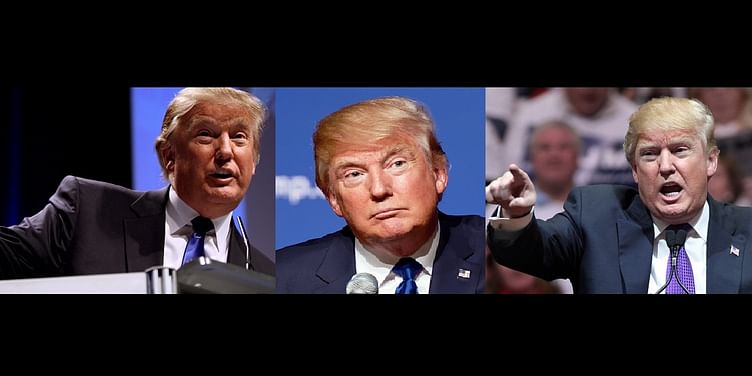 Five Points That Companies Should Learn From Election 2016 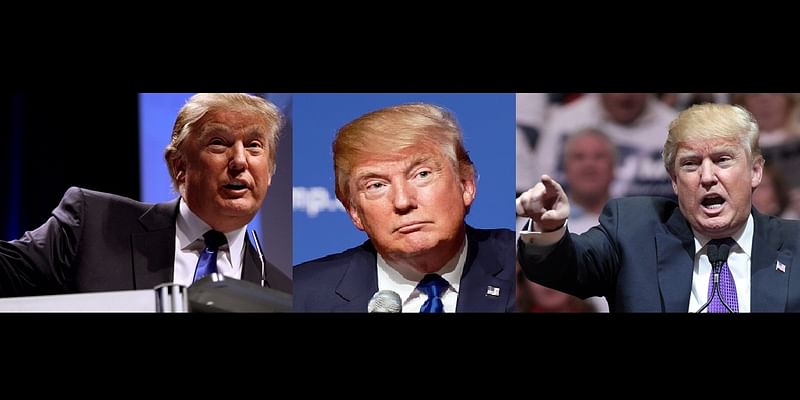 I was secure in my assumption that the world is a sensible and quantifiable place where every emotion can be normalized and generalized over a base line. I thought I knew my audience in-and-out. I thought I knew their hopes and desires. their whims and fancies, and their grievances and pet-peeves. Then came a golden-haired wizard, Donald Trump.

Donald Trump effectively burst the bubbles of all the expert panels across the world. More importantly, it showed everyone a big shiny mirror of where they really stood. The real learning from the Donald Trump episode, the biggest learning of 2016, is that ‘It isn’t over until the fat lady sings’. Now it is not my intention to belittle women, I respect them a lot, clearly much more than what Donald Trump terms as ‘locker room talk’. Nonetheless, the learning is the same, it isn’t over until it’s over.

I told myself, enough is enough. Working with LogiNext, one of the fastest growing enterprise software companies for field service optimization is as involving as it sounds. For the company to grow at the same level and more, I must learn to not just assume things on the behalf of my audience.; I can’t do what Hillary did and celebrate before the ball drops. I have to be sure that I stand on the right side of destiny. To do this, I decided that it Is best to break down the fundamental reasons which led to the biggest upset of our generation, the US Election 2016. As I delved more into the topic I realized that I had to open my mind to the possibility that Donald Trump is not all bad. Then, and only then, could I decode the mystery behind his appeal. I have charted out some key factors that turned our world upside down.

The Republican Dream: How a Wish in the Pipeline for 8 Years Drove an Upset.

Republicans had to make do with a wish and a wonder of how things would be to take back the reins of the country from Barack Obama. They finally thought that they had a winner with Donald Trump when he raced ahead of all other nominations. It was a shock for many but they made their peace with it. They all wanted to realize the bigger dream and reach the White House. Then there were the scandals. Republicans used every trick in their books to realign their faith behind their candidate. Then there were the dropouts. Some republicans just couldn’t take the brazen attitude of Donald Trump. They publicly disassociated themselves from the nominee. There are two psychologies at play, and only one won the election. The first is the ‘Quit while you are ahead’ policy. Some people saw a doomed campaign and they jumped ship. The other psychology is ‘Escalation to Commitment (E2C)’. I accept that some of the republicans were ardent Trump supporters. But for the rest of them, it was a clear case of E2C. The technical definition of E2C is that when a person commits to an idea, and the idea later proves itself to be a bad one, this person would continue to commit to the idea irrespective of all the damning evidence. The reason for this commitment is the fear of ridicule. This person has seen that the idea is flawed but that would mean that they are flawed in their logic, which they assume no one else will see if they don’t show it. The prediction that Donald Trump would fail, became the best kept secret of the Republicans, which their E2C finally turned into a fallacy.

The Business Paradox: How a Capitalist sold Socialism to the Common Working Class.

The other big factor of the shock upset of the election was that it was treated as a ‘shock’. A big chunk of the media and experts underplayed the influence of the disgruntled working class. They assumed that the working class would vote for the apparent greater good of the country. This logic backfired drastically. The problem with this was that they extended their desires and hopes on to their audience. This happens in the business world more often than not. Entrepreneurs and marketers extrapolate the results of their restricted sample sets to the entire market. Right now, this is the only way that such studies are conducted. It is physically and logistically impossible to gather and collate data from each person. The future holds positives for this problem. Big Data Analytics would help us gauge the preferences of a much larger sample set of customers. But unfortunately for the Democrats, that technology is still a few yards away. Donald Trump was spot on to begin with, when he threatened companies against outsourcing. It took a business tycoon to show the liberals how to reach out to the people.

The Terror Trouble: How Terror Phobia Made Way for Assurance of Security.

There is growing insecurity in the US, and the world, over the disturbing reach of terrorists. With ISIS raising its head from the rubble of a long drawn civil war, Americans wanted to feel safe again. This is where Donald Trump outshined Hillary Clinton. Hillary came across as a strategist, which might have been effective, had she won. Trump, on the other hand, came across as a doer. Americans clearly wanted a person who would most likely take although brash, but strong stand against terror. As the election frenzy built up, there was the unfortunate ‘leak of emails’ incident. The sources of the leak are still debated upon, but the effect was clear right away. Trump accused Hillary of putting America at risk by sharing sensitive data through her personal email id. This might have been the final push that took Trump over the edge. Americans chose the ‘lesser evil’, terrorism being the other evil.

The Millennial Problem: How a Generational Conundrum Dethroned Hillary.

Millennials suddenly came front and center of the election campaign. All other voter groups were accounted for other than the millennials. These millennials came under the pre-middle age group, under 34 years of age. It was understood, that beyond that age, people might go for Trump. However, millennials were the biggest population group in the country. According to the US Census Group (i), Millennials population (75.4 million) surpassed that of the Baby Boomers (74.9 million). The only trouble was, only 6 out of 10 Millennials planned to vote (ii). Millennials had a negative opinion about both candidates. Unlike Baby Boomers, they hadn’t really picked an affiliation between Republicans, and Democrats. According to a USA Today Poll the Millennials considered themselves as conservative in terms of foreign and economic policies, and liberals in terms of social policies (ii). Hillary put all her eggs in the Millennial basket and they dropped it.

Donald Trump made twitter his favorite play thing. He chewed out his detractors and tooted his own horn. He became a twitter rage with his off the chart engagement ratio. People trolled him and tried to bog him down, but he kept his juggernaut going. Soon it became a choice between ‘Donald Trump’ and ‘Not Donald Trump’. Hillary was swiftly sidelined from the equation. A lot of Internet bandwidth went into ‘fact-checks’ because they just kept on coming. People like to choose. They chose to give him a chance, because there was no one else in contention. Hillary ‘Not Donald Trump’ Clinton, was seen as stuck up. She failed to connect directly to her audience, again a problem that many businesses do. Such businesses become too big and self-assured that they stop talking to their customers. Slowly, but surely, the customers stop talking to them, and that creates the opportunity for a high flier to swoop in and capture market share. Trump won social media even before a single vote was cast, we just realized it much later.

There are clear learnings that I would definitely utilize in my company. Which ones would you choose to use?

Why do we use spring, Hibernate and Struts in Java