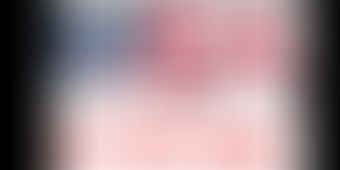 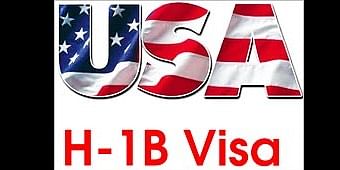 While the whole world tuned into the American Presidential elections, the second most populous country in the world saw their government implement one of the most radical economic reforms made in recent times. But apart from stealing the limelight from the leader of the free world, India and the US have a more cordial understanding when it comes to other administrative aspects, one of which being work visas and permits.

This valued relationship will now face the scrutiny of the President-elect Donald Trump who alongside his attorney general, Senator Jeff Sessions will review the program. The Senator has been a longstanding critic of the program and the review that is to ensue will likely affect the livelihood of numerous Indians.

Technology workers seeking employment in the U.S. will have to go through their main Visa program, the H-1 B. The H-1 B visa program gives out visas to almost 65,000 workers every year. The number of graduates who are also granted an H-1 B visa every year is close to the 20,000 figure. The tech industry in the United States has a large population of Indian workers and all the efforts put in by lobbying fronts of the tech industry will now have to double their efforts to ensure it remains protected.

The scrutiny is spearheaded by Senator Jeff Sessions. Unlike Trump who has given mixed signals of his favour towards the program, sometimes criticising them and other times praising them for their efforts in retaining foreign talent, Senator Sessions has never sugar-coated his criticisms. Sessions has been in a long drawn confrontation with the Visa program and seeks to curtail the program by introducing legislations last year aimed at making the H-1 B Visas less easily available to large outsourcing companies. Companies such as Infosys, who are among the larger outsourcing companies, offer US companies’ cheaper contractor services thereby slashing their Information Technology Costs.

This policy, according to Sessions, results in loss of jobs for thousands of US workers. The H-1 B visa is used in two main ways which are to hire highly specialized and skilled labour and offer them green cards that allow the hired professionals to work permanently in the United States and the other way is to offer visas to employ much lower paid professionals in comparison. These lower pay contractors are seldom offered a green card.

How is the Visa Assigned?

H-1 B visas are offered through a visa lottery once a year. The cap on the maximum number of visas doled out in a year is 85,000 and in the year 2016, 236,000 companies have applied for this. The visas are given out to employers and not employees. The cap on the Visa allotment through lottery is set by the United States Citizenship and Immigration Services or USCIS. The visas awarded are tied to specific positions.

The rules of USCIS may seem like they are set in a way to safeguard the interests of US workers, critics of the policy have claimed that companies such as Infosys and Walt Disney Co use the in-house program to terminate existing US workers such as IT-Employees and hire cheaper foreign contractors. Some critics have argued that companies use easier to obtain business visas rather than the H 1-B visas to import foreign workers.

Reforms to be introduced

Among the call for reforms is the introduction of a more suitable system of allotting visas to companies that offer higher pays for the jobs rather than the existing lottery model.

Another major factor leading to cries for reform is the fact that the current model is only beneficial to the bigger companies and often comes at the cost of not just US workers but immigrant workers as well. On one hand, US workers can lose their jobs to cheaper foreign employees and on the other hand H-1 B workers find it a real struggle to shift jobs without facing the risk of the visa being denied and facing deportation.

It certainly shows that the current system is not working for either US workers or immigrant workers as well.