How big is mobile payment in India? 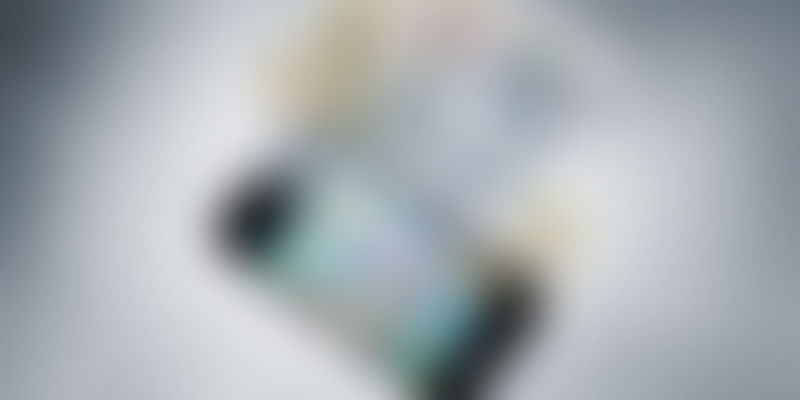 Mobile Payment is being on the trend among people in India. During demonetization when whole India was facing the issue of currency change, at that time mobile payment arrive as the ‘Savior.' Mobile Payment can elaborate in simple words, and the payment makes via mobile for purchasing products or for transferring money to other. 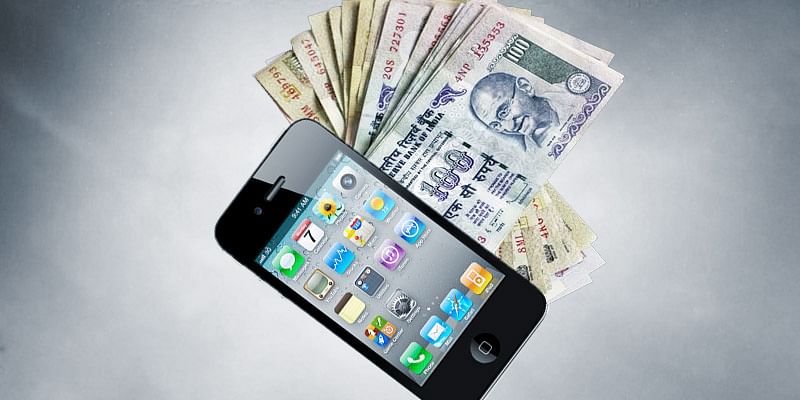 It's foreseen, in India near about 1 billion mobile phone subscribers along 240 million Smartphone users are there. In the recent case study India to have 530M smartphone users in 2018. As per BCG report in July 2016, only 22% of cashless transactions recorded in India that's lags far behind if we compare globally. However, Boston Consulting Group predicted to increase the cashless transactions up to 59% by 2025, as government promoting a digital mode of payment to make India cashless.

Mobile Payment industry continuously is sorting out the people queries and providing the most reliable mode of payment for making India cashless nation. To understand how big mobile payment in India is, first, we need to understand the current status of mobile payment & their growth over time.

India considered as the second largest market in the world, who has 1 billion mobile phone users as discussed earlier. Near about 45% mobile subscribers link from rural areas. However, there is the enormous scope of mobile payment in India.

There are millions of people who are still unbanked, out of which vast population is from rural places. From sources, it surveys that 40% of people are unbanked. Most of the locations are so disconnected from the towns and cities where banking facility can't be within reach of people. But the good thing is these people use mobile phones that will be the excellent source to link them directly with the bank services. It reflects how mobile payment is secure and accessible that's playing a significant role.

Our Honorable Prime Minister Narendra Modi, promoting Digital India to make India cashless country – and appealing to connect with a nearby bank. Now almost every bank welcomes people to open an account in their branch at zero balance that comes under Jan Dhan Yojana introduced by PM Modi. The famous and most trending telecom company Reliance Jio are also supporting Digital India who has millions of subscribers all over India. People from all our country now connected to the internet world and buying the smartphone to take benefits of internet service offered by Jio. It's anticipated that the internet users will set to double in coming five years – at present the internet users recorded to be 300 million which projected to 600 million in 2020. That shows half of the internet users from 600 million will expect to make payment through digital or mobile payment method.

From sources, it's expected the net payment using mobile payment system will hike up to US$ 500 billion by 2020. That tremendously 10x the present status in India.

Last year on November 8, 2016, PM Narendra Modi announced that 500 and 1000 rupee notes would no longer be the legal currency. Only at airports, hospitals, petrol pumps and railways stations, these respective banknotes would accept for a limited interval of time. The step was taken to combat black money, to make nation corruptionfree. The banknotes would exchange until December 30 with new legal notes. The limited availability of fresh currency notes – INR 2000 and INR 500 being arises as the big issue for the people during that time.

This move becomes the new revolution for the payment industry in India:

• The government applied numerous restrictions for changing the banknotes, and only INR 4,500 can be exchanged by the consumer in a day. The ATM's were suspended and restricted for cash withdrawals, long queues from morning to evening formed outside the banks and post offices. These junky situations inhibit people to retrieve the new edition of currency – for exchanging the banknotes people stop accepting the old bills. That tend them to think of other payment methods which they haven't considered before – i.e., mobile wallets & P2P solutions. The unavailability of cash force consumers to opt digital alternatives for making mobile payments.

• Millions of people were unbanked they have no other alternatives except digital payments. Thousands of segments were unbanked in India; they were mostly small retail shop owners, small grocery store owners, drivers, street vendors and labor workers. With the sudden shortage of cash availability, these segments looking for the alternatives – most of them tend towards mobile wallets which quite easier at the time of cash unavailability.

• The Indian government has promoted the digital finance under the eye of PM Modi. On April 11, 2016, RBI (Reserve Bank of India) introduced the United Payments Interface (UPI). UPI gives access to multiple bank accounts as well as merchant payments within a particular mobile app. The government and payment industry trying to aware people about portable payment system which is beneficial – it's easy to run, reduce the unbanked segments, plus overcome financial crime as it is easier to track each detail. More growth of FinTech industry and more use of its products will drive towards the cashless economy one day.

Modes of Mobile Payment in India

The Card Payment Mode includes multiple kinds of cards like a debit card, credit card, prepaid card. The buyer used to purchase or exchange goods and services through these cards. These are pocket size plastic cards that easy to carry as well as easy to forget too. Example – MasterCard, Visa, Rupay, etc.

The Alternative Payments Mode is independent of cards. This mode of payment is standard in India for purchasing goods and services – no card requires based on direct billing. Example: Direct Debits, Online Bank Transfers, Mobile Carrier Billings, etc.

Digital wallet or mobile wallet method allows users to shop and pay online. In this method, m-wallets gives access to the consumer to connect debit/credit card, net banking or another payment method to a digital mobile wallet. The user can load money in their virtual wallets and can shop or transfer money quickly. Example: Paytm Wallet, MobiKwik, Freecharge, etc.

1. Paytm: Paytm need on introduction in the world of virtual wallets. Paytm is the leading and most popular Paytm mobile wallet which promoting mobile payment in India. It allows users to shop and pay online by adding money to their digital wallets linking credit/debit or bank accounts. Near about 200 million users are connected to Paytm and making a mobile payment for various purposes in India.

2. MobiKwik: MobiKwik has the user base of 45 million-plus customers and 50,000 plus merchants. Users feel safe and secure while using this m-wallet. Various special offers and discounts on making mobile transactions offered to the customers. The way of using or adding money in the virtual wallet is similar to Paytm Wallet.

3. Oxigen: Oxigen is the RBI approved mobile payment platform that used for both offline and online transactions. Users can send or transfer money from their wallet to their respective bank accounts. This m-wallet link to almost every bank in India. On each transaction, the user will reward with some points that can be usable. The simple user interface lets any user feel comfortable while making an online payment.

These are some of the best trending mobile payment application that people used widely in India. Every day millions of transaction made through these digital payment apps. Except for these apps you can go to various other approved and reliable mobile payment app.

Where India Stand Among Countries Who Using Mobile Payment Method

The historic decision made by Narendra Modi government to ban two significant banknotes (INR 500 and INR 1000) brings earthquake like the situation in India previous year. On the other hand, that decision pushed people to adopt the digital payment method for making payments. The electronic or e – payment system is not a new concept but country like India it's something different. In fact, the current generation users have their Smartphone's, and they make payment using their mobile wallets. From sources, a result revealed the list of countries that make online payment using mobile phones. There are 200 plus mobile wallet systems across the world.

China – The most popular mobile payment methods which providing online payment platform to the users in China is AliPay, WeChat, and WePay by Tencent. The critical fact behind the growth in Chinese Mobile Wallets market includes the country's fast increase in Internet penetration that driven by the massive adoption of Smartphone's. Talking about another mobile payment app including Apple Pay and Samsung Pay – not getting the customers response in China. The fact is Chinese usually doubt for using this unfamiliar other country payment providers. From sources, it has been analyzing that the average Chinese don't feel safe while making payment through bank or cash in hand. That's why they preferred to opt COD, which makes them verify the purchased product before placing the money. In short, people in China feel safe and secure while making payment using mobile wallets.

Russia – The leading wallet that common among users in Russia is QIWI Wallet, which enables the user to make payment by self via QIWI terminals. Despite there are several mobile payment methods featured by Russian Federation. One of the names is WebMoney, and it's an international payment system method that provides users the online interface for e-commerce. Money enables users to make financial transactions – allow paying and transferring money online in Russian rubles. According to recent analysis more than 50 percent Russian e-commerce customers do not prefer to go purchases online. That's why consumers feel safe and secure while making mobile payment by mobile payment wallets.

Africa – If talking about most popular mobile payment system in Africa is M-Pesa. This mobile wallet offers its users to make transfer money, other financing and micro-financing services. This m-wallet enables users to deposit, transfer, withdraw cash and make payment for goods and services quickly from their mobile handset. Various other alternative mobile payment app is there like Airtel Money and MTN Money which offers online payment and money transfer services. In Africa, millions of people are unbanked only few of them have bank accounts or debit/credit card. However, mobile money reaches to the rural customers by providing small personal payments as well as cash withdrawals. At present, millions of Africans opted mobile payment system to access formal financial system, instead of traditional banking system.

India – There are several mobile payment systems are available for making an online payment using the mobile phone it includes – Paytm, Mobikwik, Oxigen, Freecharge and many others. In India near about 60 percent of people uses the internet service on the mobile phone for the first time. People are now much aware of the online payment methods and eager to make payments via their mobile handsets. In fact, the internet connectivity still lag there, some rural areas disconnected from cities not have internet access. This is one of the significant demerits that restrict mobile payment services growth in some locations in India. However, government and telecom companies planted their tower all over India to create a vast network of mobile payment, people ease, and comfort.