NodeJS is a trending technology that many businesses decided to adopt. It is especially popular for building real-time applications that can be scalable and fast. It has several advantages over other technologies. That is the reason many big players decided to use NodeJS for their applications. Which are those popular companies that trusted NodeJS for creating their apps? How NodeJS proved great for them?  Let's look at the examples, with a brief story about each one of them.

The World's largest Professional Networking Site, trusted NodeJS, despite when it was a young technology. They moved their Mobile App back-end from Ruby on Rails to NodeJS. Although NodeJS was an immature environment then, it proved as a smart move for LinkedIn. The new App built on NodeJS became two to ten times faster than the earlier one. The Engineering team at LinkedIn admired it for its lightweight. In addition, it reduced their development time drastically.

Being the World's largest retailer, when they started making a headway into the online market, they decided on working with NodeJS. This as well was when NodeJS was relatively new. And, moving to this trending technology involved a risk. The company re-engineered their Mobile App to provide sophisticated features on the client side. The IT team at Walmart appreciated the asynchronous I/O of NodeJS. They were also happy about the single-threaded even loop models that efficiently handled the concurrent requests.

Uber is a platform that connects Drivers and people in need of transportation and now, also with food delivery services. They used many tools and programming languages in their App, until they moved to NodeJS. The technology proved more efficient in certain areas. NodeJS has proved as one of the critical cogs in the company's operations. It is also giving them an advantage for scaling up in line with the steadily rising demand of their services.

Medium is an online publishing platform that uses NodeJS for their web services. At the first glance, the web app appears like a simple HTML page. But, there is much more technology involved in the back-end. Medium is a data-driven platform that evolves together with the users and their behavior. NodeJS came in as a great use for them. Also, when it came to running A/B tests to get better comprehension of product changes and experimenting with new ideas, NodeJS did a great job.

Groupon is a popular online deal market place that has its operations in several countries worldwide. They decided on re-building their entire web layer on top of NodeJS. Managing the application with the technology stack that they had been using earlier became complex. This had become more evident with their several acquisitions. This resulted with a bundle of other stacks to manage in different parts of the world. The event finally resulted in unifying the development across all their platforms. It went on as a year-long project and they moved to NodeJS, making it one of the largest production deployment of NodeJS worldwide.

The front end team of Yahoo has been using NodeJS in production to serve web pages for a long time. A lot of their products are single page applications or content sites that are using NodeJS. These applications are handling 25,000 requests per second through NodeJS servers. This confirms that this framework on JavaScript is scalable and high performing.

Eric Ferraiuolo, Principal Software Engineer at Yahoo, reveals that every property they moved over to Node.js stack has seen increase in performance.

EBay is a multinational eCommerce company and they have always been open for new technologies. The company decided to settle with NodeJS for two major reasons. First, they wanted an application as real-time as possible to maintain live connections with the server and next, to have a solution that could organize a huge number of e-bay specific services that display information on the page. NodeJS proved as a perfect fit for them.

Yes, it is true that Nasa also uses NodeJS. The technology became of much greater importance than for anybody else for NASA. That's because they implemented NodeJS for saving lives and to keep astronauts safe during their risky space expeditions. This was actually post an accident in which one of the astronauts almost died because of the ineffective data hosted in many locations. It was definitely not easy for NASA. They faced several challenges while moving data related to the EVA space suits to one cloud database in order to reduce the access times. But, the new system in NodeJS did a great job by reducing the steps in the process from 28 to 7, yes, making it 4 times less easier.

Homemade is a hybrid letting agency. It aims at meeting the quality of service of a top-notch traditional estate agency for a low flat fee. The company focuses on £500,000+ residential properties in London. It is obvious that system has a big and complex database with a significant number of records. As the Founders set app performance as the only priority, the in-house engineering team recommended NodeJS for the back end. The reasons they quoted were that the platform built on NodeJS can serve more traffic.. Also, NodeJS can effectively handle multiple requests at once, while also maintaining high performance and a smooth user experience. And guess what, NodeJS proved all of it.

Suresh Sekar, Founder & CEO of Piccosoft Software Labs says, for building Large Scale Applications, one should adopt a technology that can be reliable and stable for at least next 10 years. An Open source technology like NodeJS, which is empowered by a Community is one such.

The examples mentioned above are only a few and there are more big players, who embrace NodeJS. For example, Microsoft, Google and Mozilla. Technologies create never ending possibilities and Applications built on NodeJS have proved this way beyond expectations for all of them. 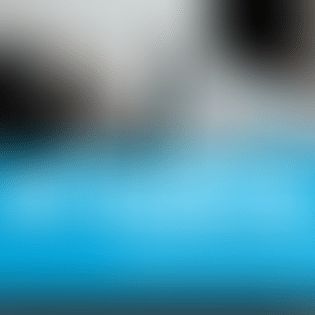 Net Promoter score - Everything a startup should know about