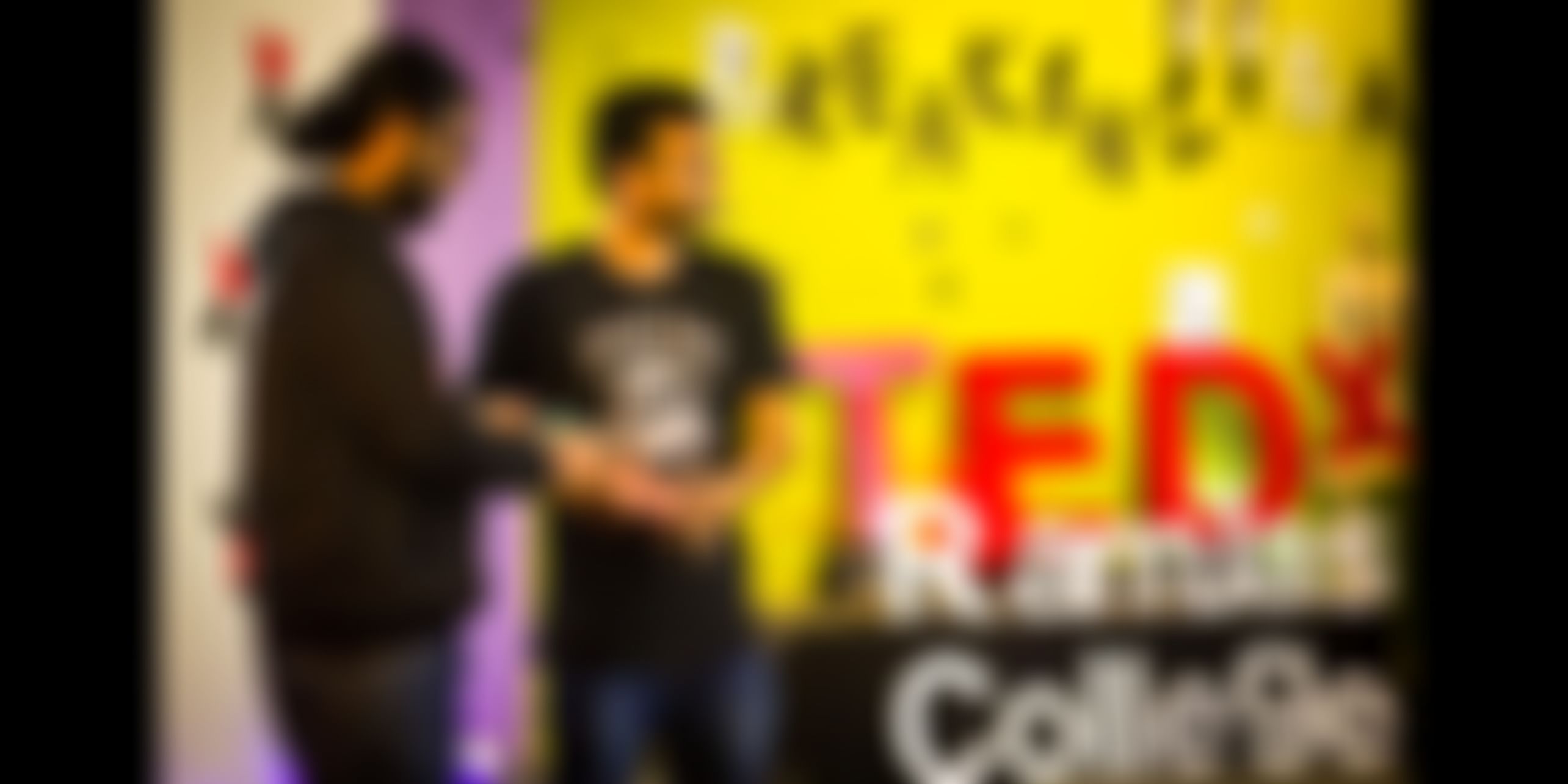 Creating a life that works for you.Excerpts from a TEDx talk 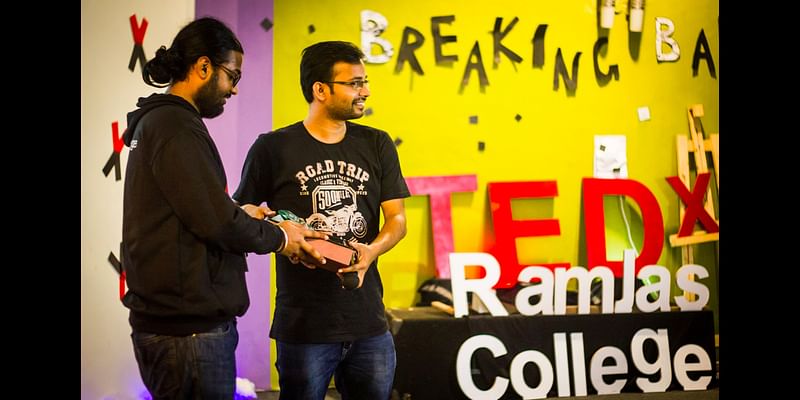 During the recent TEDx talk at Ramjas College, Delhi University

The classic example is the telephone. The more people who own telephones, the more valuable the telephone is to each owner. This creates a positive externality because a user may purchase a telephone without intending to create value for other users, but does so in any case. Online social networks work in the same way, with sites like Twitter and Facebook becoming more attractive as more users join.

Personal network works in a similar way, every person that you build a relationship with adds more value for others to join.

Let me outline the three most important barriers that needs to be broken to become a master networker.

I came to Bangalore in June 2012, just out of college and associated myself with an organization(Headstart Network Foundation) actively involved to build the startup ecosystem. Back then I was a rookie and the only experience I had was building two cars and representing India in international automobile competitions. The desire to understand the world of business and entrepreneurship inspired me to delve deeper and I kept taking my involvement in the ecosystem to the next level, by hosting one of the prime properties around startups. 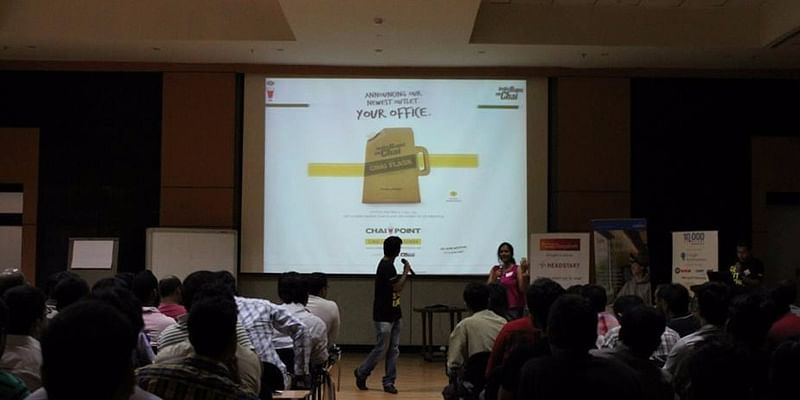 .Over the course of last 4.5 years, I have had the pleasure of doing face to face meetings with over 1000 entrepreneurs and built personal relationships with who’s who in this world. Why is this important to know? It is because there is an underlying reason on why building personal relationships has been possible and how everyone can do it.

When I came to Bangalore, I didn’t have much to offer when meeting fellow entrepreneurs and the big shots. What I did have was tremendous passion, infectious energy and a strong will to give back. A lot of people go out with a selfish attitude of gaining everything possible, without offering anything in return. My experiences have taught me that when you take genuine interest in helping and go out of your way to get other people stuff done, you are winning that person over for a long time. In the time that I was actively involved in playing a small role to build the Indian startup ecosystem, I offered to help at every possible instant. Sometimes through introduction to other people and sometimes just by sharing some useful resources. Almost always there are ways you can help others, no matter where you are in life.

Genuinely helping and giving back to the community where you want to build network is one of the best ways I have known to sow the seeds of network effect in life.

Now let me reverse this and give you an example of how building relationships by giving back will in turn help you.

In 2013, I went for a Harvard University conference in Dubai and then towards the end got selected for Draper University in Silicon Valley. I was able to attend both of them by crowdfunding the expenses and raising the required money from some of the most well known entrepreneurs in India. When I look back and internalize what would have made majority of them to contribute in my personal ambitions, the answer that crosses my mind is probably the honesty and the genuine interest I had taken to give back had come back to me. It was a classic case of Karma and the magic it creates in life. 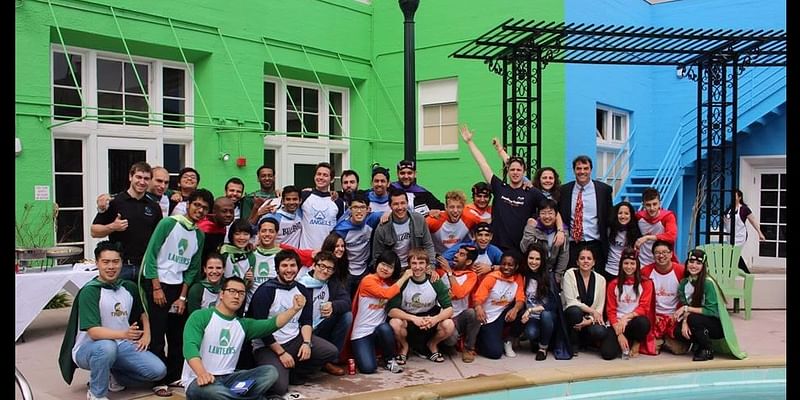 DraperU in Silicon Valley was possible because of the support I got.

The second realization that has constantly sank in when till date I get every possible help whether it is asking for a customer introduction, job referral or seeking a connect; is all of this would have never been possible had I started in 2012 with an intention to be taker than a giver.

There’s personal touch, depth and respect in the relationships that gets built by being a giver and this makes it last long. 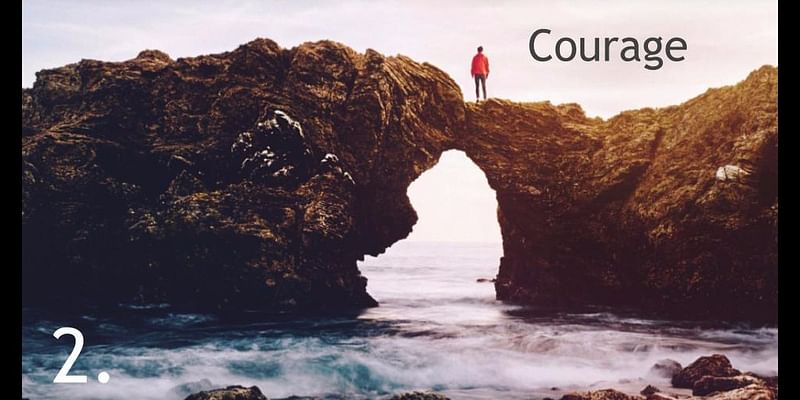 This is an aspect that is not discussed widely but in my personal experience it is the second pillar on which your network rests. Don’t get me wrong being courageous does not mean being disrespectful or doing anything that comes to mind without sparing a thought for other’s time. The way I think of it, is having the courage to speak up and spark conversations with anyone at any given point of time. It is also about having the courage to ask for what you need, a lot of times we don’t get what we want because we don’t ask.

Having an open, instinctive and fearless approach to meeting new people is what I define as courageous.

Let me go back and illustrate this with some personal experiences:

Till May of last year I was running ShotPitch as the Founder and CEO. We had a tremendous time but had to shut it down just a week before money in the bank for the angel round. It was a heartbreaking turn of events but while building the company there were several instances where had it not been shamelessness in play, we might not have reached the next stage. We made a trip to Silicon Valley and as with every entrepreneur we had the dreams and hopes of meeting the best of best people. For the fifteen days that we were there, we did meet the best of the lot. It worked because firstly we wrote to more than 400 investors two months before we landed and secondly used all possible mediums including Twitter to our advantage. 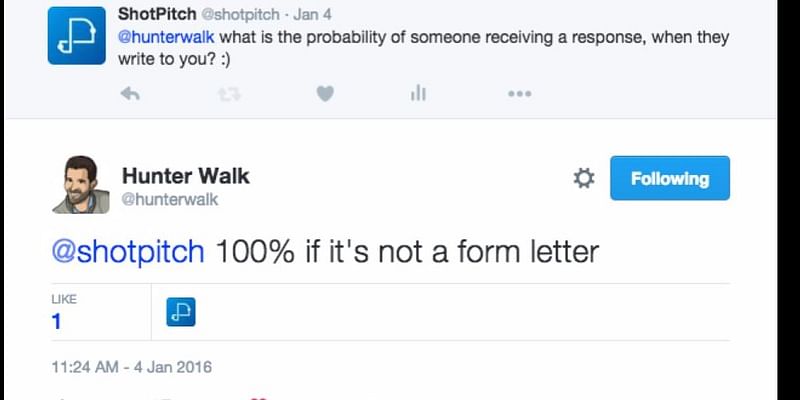 Though we didn’t meet him, we tweeted like this to a lot of people and it worked most of the time.

Pitching to VCs in SandHill Road at Silicon Valley is a dream for entrepreneurs and we had our fair share of luck there. Got introduced to a partner at a reputed VC firm through a meeting, pitched and excelled. That’s a fairly tale, isin’t it? The real part comes here, when the meeting got over we were supposed to run for another one in San Francisco and be there in half an hour. Due to lack of funds we couldn’t afford Uber and I shamelessly asked the partner to book a cab. He did, we got a BMW and reached SF well within time. A lot of people I meet would never do something like this in the fear of losing their image. In my opinion that day I created a better image of getting work done by hook or crook and mind you that investor has remained in touch :)

You can call it courage or shamelessness, it is an important link that burns bridges with new people.

Going back in time, when we were building a super-mileage car in college we failed in the first attempt due to lack of funds. As the team manager and sponsorship head, I took up the mandate to raise money second time around. Jamshedpur has more than 600 small and medium scale enterprises and for 3 months, I went and stood outside the gate of every company in hope of meeting the managing director. The efforts paid off and eventually that year in 2011, we had enough money to represent India both in US and Malaysia. 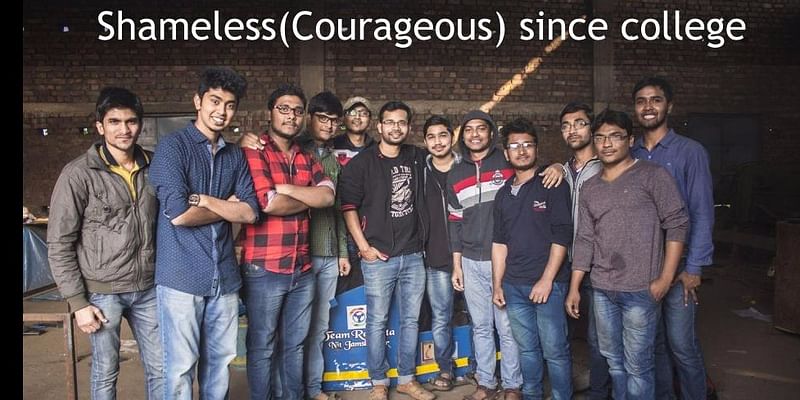 Courage is underrated but to me it is the most powerful characteristic that separates ordinary from the extra-ordinary. 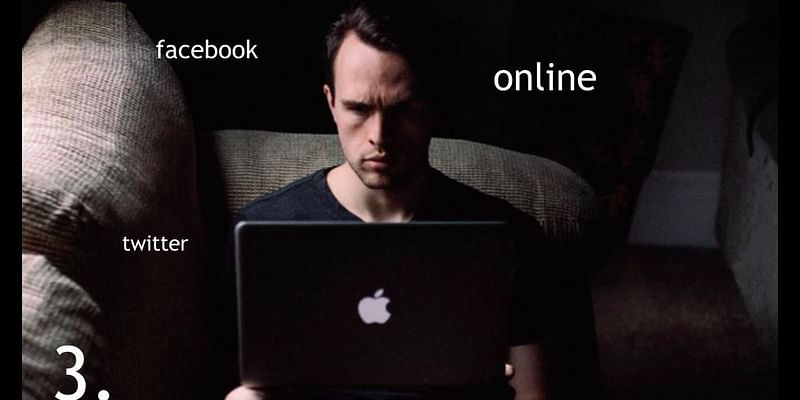 We live in a world where social media has taken over our lives. Due to this very reason a lot of people fall into the trap of thinking that building network is growing numbers on all possible social channels.

Online channels most of the time serve the purpose of amplifying your network and providing it the required greasing to prevent rusting.

We cannot afford to sit in the comfort of our homes and add people left, right and center to our social network. Numbers without knowing them personally is a vanity metric. You either meet them before adding as a connect or make an effort to meet soon after adding. 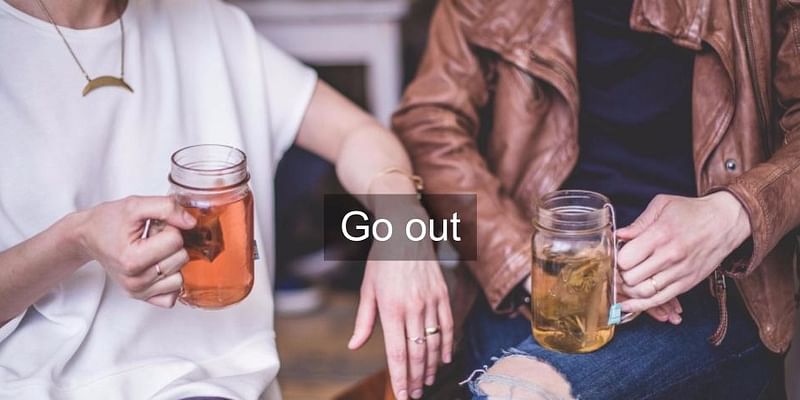 Social Media channels in silo builds a pseudo network that feels powerful but in terms of real relationships it is still restricted to the one’s you spend physical time with.

We are living in a world where the value of network is ever increasing and it is only your inhibitions that stops you from going out and building great one for yourself.

Spot Colour vs Process Colour: What’s Difference and When to Use?