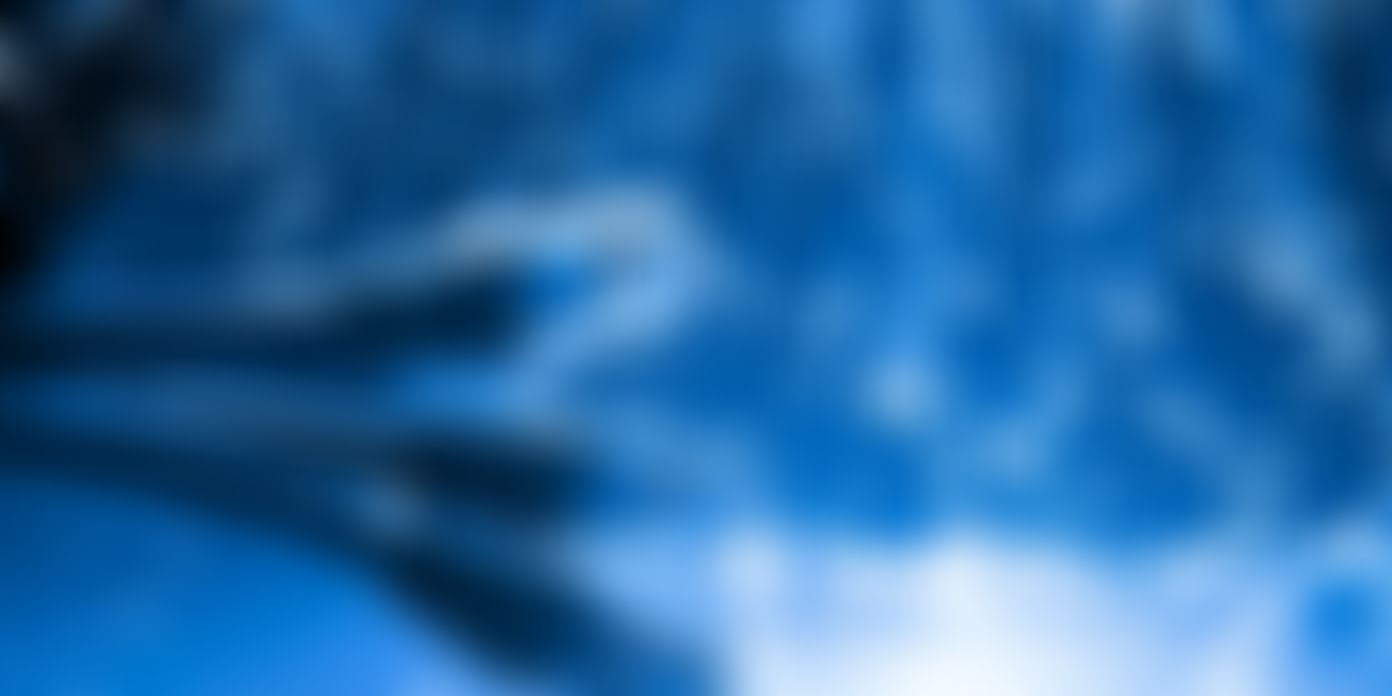 The data-center and digital infrastructure segments in India are growing rapidly. Here's an outlook of their growth potential. 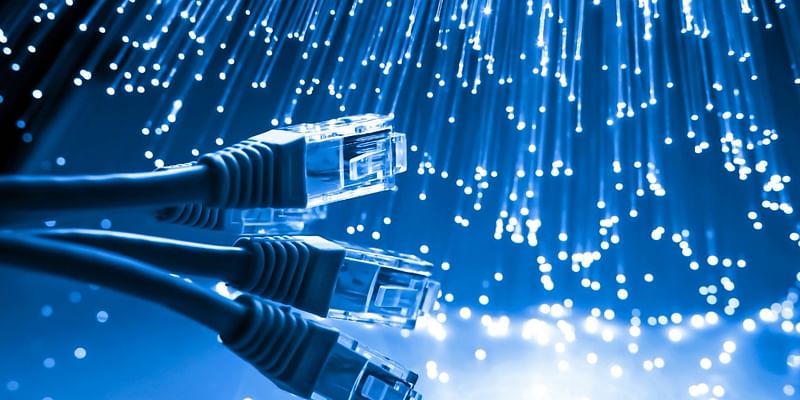 India is undergoing a digital transformation at an unnervingly rapid pace and is on track to becoming a digital power by 2022.

There are a couple of recent developments that are responsible for leading this transformation. In the last two years alone we’ve taken a quantum leap in digital adoption, surpassing much of the west regarding adoption and scalability. Surprisingly, in the effort to go digital we’ve skipped a few of the growth steps along the way. A sort of digital mutation you might call it.

• The growth of the Internet in India

• The rise of startups in India

These factors have been driving the digital and economic growth of the country at a pace which a couple of years ago would have been unfathomable. One has to reconcile with the fact that these aren’t perfect drivers and the cost of rapid growth comes at a price – the time to experiment and make perfect.

In this post, we are going to analyze how these factors have primarily influenced the data-center market in India and understand the general trends in this segment. The digital transformation has left a gap in the infrastructure supporting digital growth.

The Growth of Internet in India

Unlike the west, the growth of the internet in India comes from the mobile devices. With a population of over 1.3 billion people and over 500M mobile users, and over 460M internet users, India is 2nd only to China when it comes to being an online marketplace.

Another interesting fact is that 72% of all internet traffic in India is driven through mobile phones. Meaning that more people access the internet from their mobile phones than broadband. Read this article to know more about the internet landscape in India.

Reliance Jio was the deal-breaker when they introduced their mobile data plans. The low-cost data subscription model enables more users to take on the world-wide-web.

Mobile aside, even broadband in India is undergoing a rapid change on the back of lower costs and fiber-optics being introduced by internet service providers such as ACT, Hathway, and Spectranet among others.

A competitive market with many players is bringing down the cost of the internet while improving the speed, bandwidth, and reliability. Spectranet can provide a speed of 1Gbps @ Rs. 899/- for your average home connection. We’ve come a long way from the age of the 2Mbps network a decade back, that’s for sure. But, these players are but a few and operate in small pockets within cities. It will take a while before such facilities are available across the country. 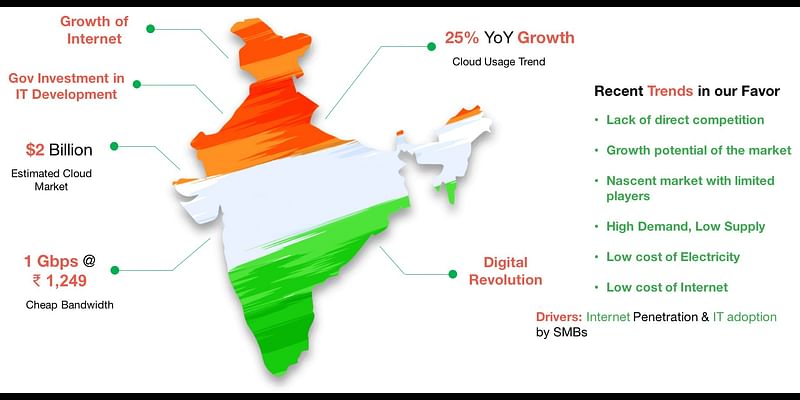 For the data-center industry, however, this means that the cost of bandwidth is reduced drastically. Removing one of the imposing deterrents that have so far kept players in this segment at bay or operating on a limited scale.

Add to that the growing mobile internet penetration among the masses. How does this factor in? The growing mobile internet user population will mean that more companies will want to tap into this potential market through their apps or mobile-friendly websites. Flipkart, for example, is already servicing this market through their mobile app. A good percentage of their sales are now driven by mobile and in tier II and tier III cities and towns.

From an infrastructure point of view, there will be a surge in demand for data centers and computing capabilities to host these websites and cater to this growing segment of the population.

A market research put the Compounded Annual Growth Rate (CAGR) of the data centerindustry at 27.7%. This is good news for data center and hosting services providers as the demand for their services will increase much fold in the coming years.

The Rise of Startups in India

The entrepreneur segment in India seems to be taking off well. Over the past five years the number of startups in India has doubled, and apart from disrupting major segments, they are also creating opportunities like never before.

A common ground that most of these startups seem to share is their love for going digital. The digital footprint of Indian ventures is increasing and giving rise to many other opportunities for supporting infrastructure.

According to a NASSCOM report, the number of tech startups in India is set to grow 12%over the coming years and leading up to 2022. The report also projects that India will be home to over 10,500 startups by 2020.

The growth of tech startups will entail a rise in demand for tech infrastructure namely hosting facilities and data centers. With the rise in mobile apps being created by these startups, the scope for growth of digital hosting infrastructure providers is optimistic.

Smart phone penetration and increasing use of social media are factors that help these startups gain traction with the internet population. This also translates into browsing power and internet capabilities being extended to remote parts of India. Traditional hosting solutions (the options of which are limited in India, to begin with) are no longer going to cut it in the long run.

By having local, home-grown players in the data center and hosting segment, the cost of such facilities can be reduced to a great extent. Mostly because of the competitive pricing as well as by employing economies of scale and making use of the cheaper power, internet, and operational costs.

The move to demonetize the age-old 2,000 and 500 rupee currencies back in 2016 may have spurred the digital growth by giving in a ‘left-with-no-choice’ propulsion.

During the days following the invalidation of the currency notes, the nation looked for alternatives to paying in cash. Paytm was one of the digital wallets that capitalized on this opportunity.

Paytm the country’s leading digital wallets company claims that it is witness to 50 lakh transactions that amount to ₹100 crore on a daily basis. In an economic times article, the company also said that it had added over 5 million new users since the demonetization.

The world of opportunities that this digital impulse opened up is not limited to wallets alone. Along with wallets, there were other market drivers who profited from the predicament.

The sudden ease and profitability of transacting cashless prompted buyers to make purchases online that they would otherwise have made in cash. Food and grocery sites like Bigbasket suddenly looked more appealing to purchase from than local vendors who were having cash troubles. The local vendors, of course, resorted to online wallets and UPI to accept payments. Debit card usage for example sky-rocketed in the month’s post demonetization.

The Unified Payments Interface (UPI) was another technology that disrupted the payments status-quo. By enabling the common man to transfer funds between bank accounts free of charge and at any time of the day, without the need for lengthy payee registration processes was the deal-maker.

Riding on the back of this wave is no doubt the hosting infrastructure industry, who were the real enablers of this growth. In the coming years, we will only see their role and significance grow as demand for their services continues to grow.

Perhaps the greatest driving force behind the growth of the data center industry in India is the decreasing costs of operating infrastructure. Electricity, for example, is cheaper than in the western countries. Compound that with the cost of cheaper and faster bandwidth, and favorable government initiatives – you have the perfect conducive environment for growth. 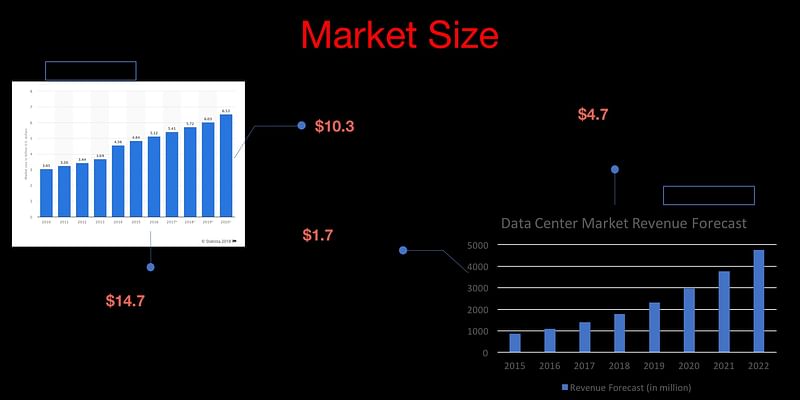 Another interesting forecast to look forward to will be the rise in demand for laptops, tablets and other smart devices on the back of the internet penetration and lower cost of bandwidth.

The increase in social media growth rates translates into an increase in demand for data storage and computing power to accommodate the information that is being generated. But, the decreasing cost of bandwidth will also mean that the stress of operating a data-center will reduce, thereby decreasing the price for data-center services in India.

All said and done; for data-center operators, this will mean increased demand and greater profitability.

Let’s briefly look at what we’ve covered in this post.

1- The increasing internet penetration and lower cost of bandwidth is a driving force behind the growing internet population of India. As a factor of this growth, the increasing amounts of data that is being generated has created an increase in demand for data hosting service providers.

2- The rise of startups in India is paving the way for digital adoption like never before. As much of these ventures are digital adopters (to save costs and cater to the growing internet population) and create vast quantities of digital data, they will look out for local homegrown data-centers to support their growth.

3- Demonetization has paved the way for a cashless revolution with early players like Paytm, Phonepay, and other digital wallets heading the cashless payments ecosystem. The transformation of the cashless payments industry also translates into a paradigm transformation of the online and digital ecosystem of the country. The spontaneous and rapid growth of these segments will create demand for data-centers and hosting requirements.

4- The lower operating costs for data-centers in the recent past, along with the government initiatives promoting IT infrastructure is vital to the growth of the data-center segment in India. Much of the earlier deterrents to operating data-centers in India have been eliminated or have been surpassed by more IT-friendly policies. The market is set to witness a CAGR of 27.7%