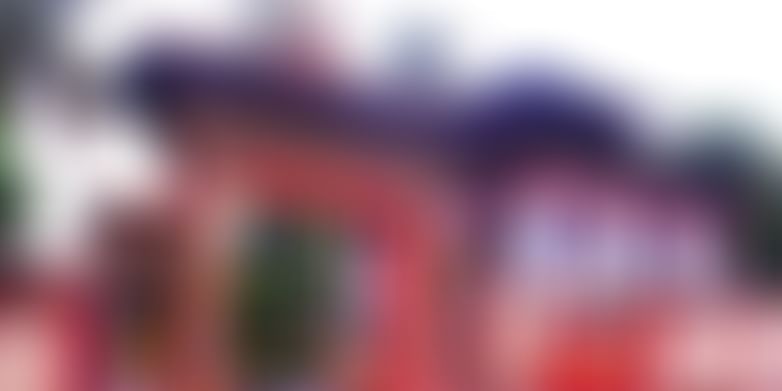 From one destination to another Indian railway was picking at my patience. Once again the train was late by 3 hours and instead of 12AM, I got down at Gaya station by 3AM. The booked hotel was right next to the station. After a shower and a nap, I vacated the hotel by morning 9AM, it was drizzling. Then in no time the drizzle turned to heavy rain. I could see the Tuk Tuk and Autorikshaw running on road in front of the restaurant from where I was having my breakfast.

After paying the bill and clearing a few queries with the hotel staff and manager I found my way to Bodh gaya from Gaya. One thing I will assure you is that, while travelling in Bihar you will find that the local drivers are very helpful. You get into any auto and say any destination; they will drop you to the place from where you will get next auto to the destination. Likewise after changing one auto I reached Bodh Gaya but my exact destination was a Hostel run by a charity institute. Unfortunately the local people or the driver were unaware of the place. Once again I was running around city and decided to get a room nearby. There I met the owner of Ansu guest house. Who is a Budhist and very nice person who told me about some places that I must visit and dropped me on the way to temple after I checked in at his guest house.

All most all Buddhist country have their own temple in the town. It was started from Japanese Temple, and then Bhutan Monastery then it goes on with Korea and other countries. The temples have almost similar architecture and paintworks. Each has a story to tell. The distance between all these temples, is walkable. So the local sightseeing happens free of cost. The last one in the list was Maha Bodhi Temple from where Buddha get the enlighten. This temple is situated very close to the bodhi temple.

Unlike other temples there, Bodhi temple has a security system. No mobiles are allowed and you have to leave your foot wear outside. For each one there is a counter which works for free. If you have a camera, you need to pay Rs 100. The first feast for the eyes was The Maha Bodhi Temple. Once you go around the temple, you can see the Bodhi Tree. It was my first time witnessing many iron pillars supporting an aged tree. Many sit under the tree for meditation. 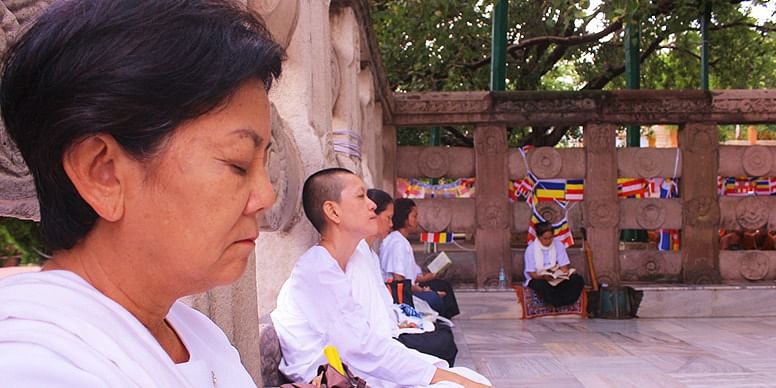 Getting down from Maha Bodhi temple, the next destination was Budha statute which is 64 feet height and the lotus itself is 6 feet high. On either side of the statue 10 pupils of Budha are standing. It was almost sunset and the reddish rays were falling on the status making is more beautiful.

When I walked back to the guest house through another way, it was felt homely. The paddy fields were on either sides of muddy road and the climate was almost same as KeralaI was starting to fall in love with Bihar. The owner of guest house brought me a packet of dinner. Then it was a long talk about how to travel next day. I was packed and leave Bodhgaya at the earliest. While leaving Bihar I saw Falguni river. People believe the river got a curse from Seetha devi and the river will have water only the in monsoon and in other months there will be no signs of the existence of it.

It was drizzling when I got into the auto rickshaw which was arranged by the owner of guest house. And I had no idea whether I would come back to this city.

How to reach and where to stay

The nearest city with a railway station is Gaya and gets a shared auto to Bodhgaya on the same day. There are many guest houses and home stays in the city. Ansu Guest house is one among that

What should be visited in the town

Visit the main monasteries of Japanese and Butan’s. Visit the Budha statue too.