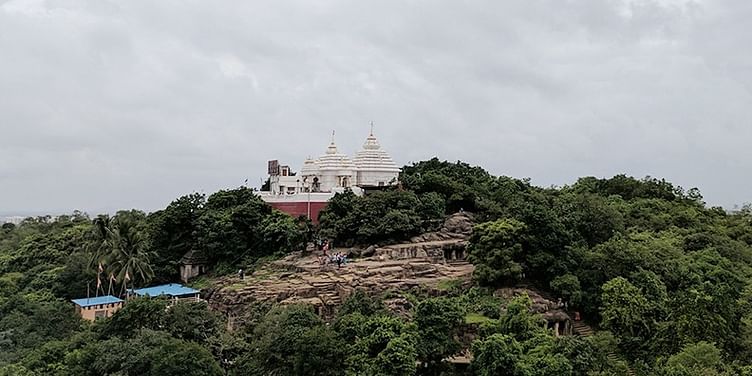 My train arrived early in the morning, after the journey of around 20 long hours I finally managed to reach my first destination.

Puri station looked beautiful that morning, rickshaw wallah were getting lined up for their day, hawkers were setting up their stalls, to my surprise beggars were also too timely about their presence.

It was drizzling outside, there was one chai wallah stall ready, I immediately ran towards his place to get a shelter in the rain and grab chai.

I have booked my hotel and that costed me around 550INR for a double bed and decent room with balcony on the station road. I reached within 15 minutes from the station by a cycle rickshaw which charged me around 50INR, that was justified too.

I had my breakfast in the hotel only that day; as I was too tired after that long journey. I must tell you, that the trail in Orissa cannot be planned in advance as there are no online portals which define the road journeys and cannot be booked online, henceforth after reaching there I had to plan my entire journey between places. According top my initial planning, I had to drop few places too because of non-availability of transport in those areas. After a couple of hours of research which included walking on the streets, talking to locals, researching online, visiting tourism office and beyond, I was finally able to figure out my next couple of days in Orissa. I couldn't reach out to remote places then as nature wanted to destroy few of my plans, there was flood like situation in and around Orissa.

What makes it Pious!

I started walking out from my hotel, put on my navigation through my phone and reached around the main Mandir, My walk included the narrow bylanes of the holy city, in fact the most interesting part of my walk was the radio- Vividh Bharti, all the shops were playing that channel and even after leaving one shop to other to next lane, this one song continued; obviously at different volumes.

Amidst all this, never forget; I was walking towards the Jagannath temple, I reached that main lane and for a minute I was confused as where have I reached? The entire road looked like some big MELA(fair), there were people, faces, feet crossing each other bruising the shoulders, there were all kind of sweet stalls, toys, handicrafts, carvings, and all sort of vendors who might have been in Orissa, they were all spread across along with the religious shops.

I somehow managed to cross the crowd and got the first glimpse of temple, it looked amazingly beautiful, there were huge lines, like almost 300-400 people waiting in the queue too enter, there was this big rath, which is parked there after every Rath Yatra.

I managed to enter inside the temple after almost 2 hours, it was still drizzling, the pandas there will keep convincing you for some puja and its charges and the benefits, don’t get involved with them.

It was as amazing as expected inside, I entered into different zones and ended up at the tree, which is said to have religious importance, but for me it was something else, I got positive vibes there, sat for a while and was little lost in divinity. 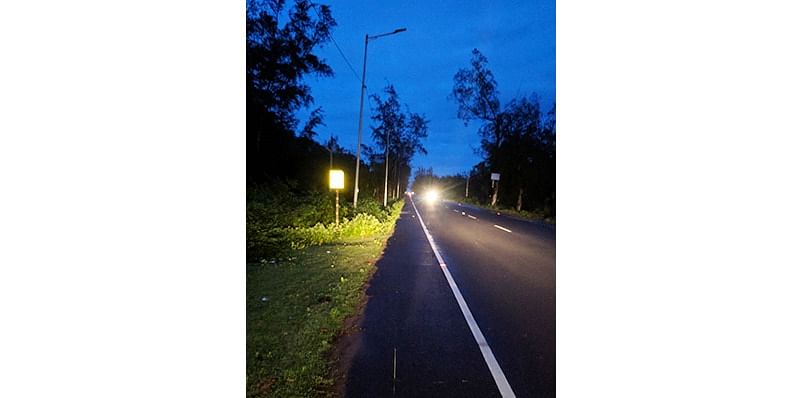 It was almost 4 when I left, I started walking all around again and I was in search for good food, tripadvisor suggested Peace restaurant at the Holy Quarter, the moment I entered, I could not believe the diversity of the city, that was a total hippie hangout, the beach there, I suddenly started feeling that I am in a different city altogether.

Puri is in fact amalgamation of the religious tourists as well as the Hippie backpackers, although the beach is not that clean as it should be, but still the junction of two extreme aspects of the city was great to experience.

I ended up staying there for longer than expected, talking to people, listening to their stories, and having some quality conversations, just to tell you; I am a person whose primary purpose of travelling is this, so probably I got my thing. 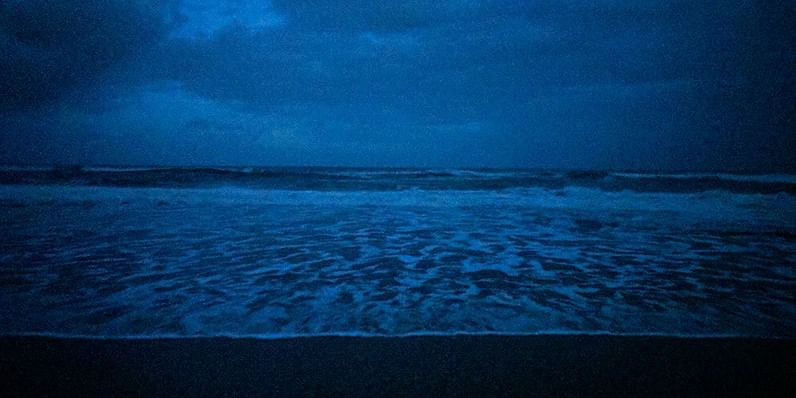 I was happy by then, I started walking back to my hotel again in that drizzle, it was almost 8 by then, I also planned to visit the golden beach(main) Enroute, it was crowded, crowded with families, kids , locals and more people. I enjoyed there for sometime and then left.

The Holy Quarter in fact was the most amazing place till now in Puri, its a total insight of local life in Puri, in fact you can see almost all the colour on the walls and all kind of paintings, it was colourful and locals were making it more meaningful.

I had a real long day today in fact, it was 10 in the night and city was about to sleep, I had my dinner and booze at this English bar by Orissa Tourism Development Corporation, I liked the place, service, food and of course hospitality. First day in the fellowship and was quite overwhelming.

I was too tired by now and I decided to close my day after the sumptuous food.