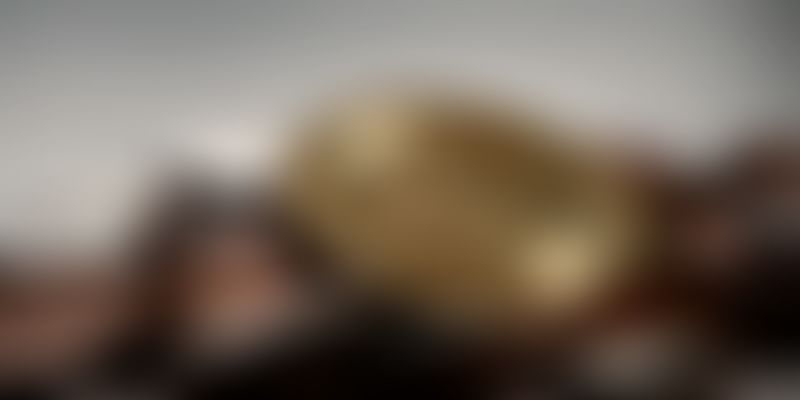 The inception of Bitcoin was met with a lot of resistance, a lot of critics rose up to talk against the coin, and that further made it difficult for a lot of people to accept and invest in the coin. However, the very few who invested got their returns, and thus, the growth of the coin began. It has not been a smooth sail for the cryptocurrency, as there have been a series of highs and lows; however, it has maintained its position as the largest cryptocurrency by market cap.

16th June 2019 saw Bitcoin's price make a shocking move from $7,500 to $9,300, and that was the first time it was getting to that level since May of the previous year, and that move was a contributory factor to the increase in Bitcoin's dominance rate, as it also went from 55% to 57.1%. The rise in value of Bitcoin was observed to have rendered invalid, the bearish Doji reversal, and that could be confirmed via the close of the price two days after the rise, as on 18th June 2019, the price of Bitcoin had dropped to a value below $8,000, and that was indicative of the fact that there was a path of least resistance, which was however predicated on the higher/upper side.

It invariably meant that the prices had the ability to grow beyond the Fibonacci challenge that was set at 38.2% and thus would take the value of the coin to a value above $9,000. It is imperative to note that there was a minor pullback, which was noticeable just before there was a price break that took Bitcoin's value to somewhere above $9,442.

It was predicted that Bitcoin was on its way to hitting the $10,000 mark soon, and cryptoanalysts based the notion on Bitcoin trends in times past, as well as the market analysis. It may interest you to know that the research about the technicalities of the market trend were indicative of the fact that there was a biased bullish trend. The predictions were correct, as less than a week later, news made the rounds that Bitcoin has gotten to the $10,000 mark and passed it. The bullish run did not stop at that value, as the coin continued to climb gradually. It is safe to say that the market has made it possible for some Bitcoin investors to make some Bitcoin profit during the bull run.

In recent times, the crypto market has been interesting with a lot of the top coins gaining value. Bitcoin has been on a roll over the past weeks, and that bull run does not look like it has ended, as the largest cryptocurrency by market cap has made a new record with its 15-month high price. It is safe to say that Bitcoin has a firm spot on the market, and is currently leading on the cryptocurrency markets. Things took a new turn when Bitcoin hit the $10,000 mark a week ago, and since then, the coin continued to take giant strides, and on 25th June 2019, it had gained as much as 6%, and that put Bitcoin's value at more than $11,350.

In March 2018, the BTC/USD pair had similar trade levels; however, there was a protracted bear market that affected the value of Bitcoin, and thus brought it to as low as $3,100. This new surge is continuing the coin's upward trend, which began on 1st April 2019. The upward trend is Bitcoin doing away with the negative news that trailed its existence after the losses that happened in 2018. While a lot of people began to lose faith in the cryptocurrency, some believed there would be a turnaround that would result in an upward trend, and it is interesting to see that their predictions were correct.

Crypto analysts were of the opinion that the $10,000 resistance would be a difficult challenge to surpass, however, that resistance disappeared towards the end of the previous week, and less than 24 hours later, the price stepped up to $11,000.

As an addition to the milestone achieved, it may interest you to know that Bitcoin has a market cap that is worth more than $200 billion, and the last time it got to that was in early 2018. Overall, Bitcoin’s market dominance has gotten to 60%, which is also the first since 2017.

According to Josh Rager, a crypto trader, and investor, he is of the opinion that Bitcoin is paying no thoughts to altcoin bags, furthermore, he believes that with the bullish approach of Bitcoin's dominance, coupled with the continuous push of Bitcoin to get up, there may be no space for altcoins to rise at the moment.

If we pay attention to the altcoin market, you will realize that with Bitcoin’s rise back to the top, a lot of attention has been attached to the cryptocurrency, which has invariably made altcoins get less attention. This could go on for a while, and thus buttress Josh’s predictions about this not being the season for altcoins.

A lot of researches have been carried out about Bitcoin’s price run at the moment, and the possible causes that may be beyond the basic understanding of crypto market forces. Some crypto analysts are of the opinion that Bitcoin’s latest price rally may be as a result of an important growth and transaction process that has gone beyond the expectations of other analysts and crypto investors. Chris Brookins, the founder of Puglist ventures, came up with an innovative system that was referred to as TAAR (Transaction Amount to Active Address Ratio), and getting the result is dependent on the division of Bitcoin's 24-hour adjusted transaction volume, by the summation of the active addresses that perform Bitcoin trades every day.

After the calculations, if it is discovered that the TAAR is high, then that would translate to the fact that Bitcoin users are each performing transactions that have high notional values. This means that there is a high transaction volume of Bitcoin as a result of the presence of active users making use of their Bitcoin. Furthermore, when there is a situation where the quantity and quality of Bitcoin’s network is going through a surge, then the crypto market is expected to see positive reactions from Bitcoin users and investors, and when there is a drop in both the quality and quantity of Bitcoin use on the network, then the reactions will tend towards the negative.

In 2013, Coinmetrics performed some analysis with Bitcoin, and at the end of it, they were able to prove that the enhanced sustainability of Bitcoin’s price is dependent on the direction of the TAAR trend with regards to the price’s sustainable trend.

In 2015, a similar trend like the one seen in 2013 was experienced, in this case, there was increased activity within the Bitcoin network, and it was significant of the fact that Bitcoin's price growth was indeed as a result of the Bitcoin spending going on within the network. This discovery rendered invalid, the notion that the increase in the value of Bitcoin was just based on speculations. This is 2019, and the activities within the Bitcoin camp may indeed prove that Bitcoin's price growth is as a result of the rush to make bitcoin purchases, and could be a pointer in the direction of Bitcoin becoming a way to hedge funds for long term basis, which some crypto investors have begun to get into.

One reason why a lot of people are still skeptical about investing in Bitcoin is due to the fact that they think there is no sustainability, and as long as a vast majority of people still believe that then it may be difficult for the cryptocurrency to become a mainstream mode of payment in place of fiat currencies, as well as other cryptocurrencies. Adaptability has not been what it should be, especially after ten years of launching Bitcoin; however, with this current bull run, analysis has indicated that more people have joined the Bitcoin community.

In other news, Ethereum, which has the second largest market cap after Bitcoin, had its price taken to a new mark- $313 on 25th June 2019, and it is unarguably one of the best cryptos in a market that is broadly flat.

There are indications that Bitcoin’s bull run will go beyond the present value, and that will be a huge plus for Bitcoin users, and the rise could also rub off on other cryptocurrencies, and thus contribute to increasing their value on the market. We cannot accurately predict what the future of Bitcoin is, however, it is good to see that the world of cryptocurrency is having an influx of new members who want to partake in the activities going on, as the world makes its move towards the mainstream adoption of cryptocurrency by governments, companies, and businesses, in order to facilitate payments and provide payment solutions to systems where they are needed.

We can only keep our fingers crossed and hope for the best.