Very few things in life can have as profound of an impact on your career as your ability to speak multiple languages. No matter your set of skills or your career path, having the ability to understand and effectively communicate with individuals whose native language is different than yours is a precious tool. Not only is it practical, but even more, it can help create and maintain a deeper bond – the kind of bond that can be of the utmost importance in big business ventures.

While some people are born under a lucky star and are raised bilingual, most of us will need to do some hard work to get there. Luck has it that English is already so widespread, thanks to pop culture and media. But it may not always be your best choice, especially if you want to make a great impression on potential partners and/or employers – which is why learning a foreign language is a great investment. The process can be done in a number of ways – from enrolling in a class to taking an online course or even using mobile apps to learn new words.

So, if you’ve decided that you’re ready to take the time and start learning a new language, you’ve definitely made the right choice. The next step will be deciding which language to go with. The list below looks at the seven best languages to learn, based on how they can help in boosting your career prospects. Any of these can give you an advantage in your future business endeavors. So take your time, and choose the one that you feel will be the right for you.

Being the official language in Germany, Austria, Switzerland, and South Tyrol in Italy, German has between 90 and 95 million native speakers, with around 10-15 million more non-native speakers. These numbers alone make it obvious that it’s a good language to learn.

Germany’s biggest industries include machinery, automotive and aviation, as well as medical equipment, chemical production, and electronics. This makes it a particularly handy language skill for engineers, doctors, and scientists, as well as those who want to get a world-class education in engineering, science, or philosophy.

If your goal is to find a way to communicate with people all over the world, Spanish should be your top choice. It’s the world’s second most-spoken language after Mandarin Chinese, with over 483 million native speakers, and it will serve you in Europe, the Americas, Africa, the Philippines, and Oceania.

The great thing about Spanish is that it’s widely available in popular culture, relatively simple to learn, and offers numerous opportunities to practice, probably even in your own community. If you already know some words, you could take the next steps and learn a few handy phrases for written communication. Alternatively, encourage yourself to absorb the language through entertainment such as movies, TV, or music.

It doesn’t take a lot of insider info to realize that the Chinese economy is one of the strongest in the world. In fact, it’s second only to the United States. Now, consider the fact that the globe has around 1 billion native speakers of Mandarin Chinese, and you’ll quickly realize that it’s the perfect language to learn for anyone wanting to get ahead in the business world.

No matter what industry your working in, you’ll find that speaking even a few words of Chinese will get you far. But even more than that, you should dedicate the time to learn about the way the Chinese communicate. Learning to pay closer attention to context and body language, as well as taking the time to get familiar with business etiquette, are surefire ways to get where you want to be.

Although often considered to be the language of love, French can actually get your pretty far in the business world. With over 76 million native speakers in 29 countries, it’s a great choice for almost anyone. And the best part is, you can easily get lessons at school, university, or through online courses.

You’ll find that French is the perfect choice for those in the IT industry, but also people who want to work in tourism or wish to get a world-class education in arts.

Looking to start your career in Asia, Africa, or the Middle East? Why not decide to impress potential employers and start learning Arabic? This Semitic language is spoken in 24 countries and is one of the six official languages of the United Nations.

Moreover, it has very few speakers in the US, so employees are sure to be thoroughly impressed with those who make an effort to learn, even if it’s just a few phrases. Keep in mind, however, that like Mandarin Chinese, Arabic requires you to learn a whole new alphabet, which might mean that you’ll need to put in more effort than most Indo-European languages.

Although most young people in India speak English, you should still make an effort to learn some Hindi if you’re planning on doing business in the region. Both Amazon and Google are already doing so, and if you’re in the tech industry, you better get on board.

Modern Standard Hindi is spoken by over 322 million native speakers, and similarly to Arabic, very few people from the West have any knowledge. This means that learning it could really set you apart from the competition when applying for jobs.

Finally, you could also decide to dedicate a few hours per week to learning Japanese. It became particularly fashionable to learn in the 1980s when Japan’s economy was witnessing its boom, but anime and video games have also greatly contributed to its popularity, especially among younger generations.

One of the great things about learning Japanese is that the government offers standardized Japanese Language Proficiency Tests for those who wish to get a certificate, and you’ll find that it’s being taught at an increasing number of universities worldwide. Similarly to Hindi, Japanese can offer the biggest advantage to those in the electronics business, but it’s important to note that the country has a very strong automotive industry as well.

Learning a language you’ve never had contact with before can be hard work, so this is not a task you should take on lightly. To see some results, you will need to study at least a couple of hours, several times per week. After about six months to a year, you’ll be able to carry out simple conversations, but not much more than that.

If you want to really master a foreign language, you’ll need to give yourself at least a couple of years. You can speed up the process by getting as much exposure as possible through books, movies, and music. Or, even better, you could travel to the country and learn through first-hand experience. 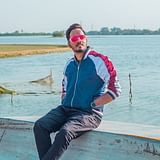 5 Predictions by Chitransh Jain on Future of Social Media