1,50,000 villages in India to have internet connectivity: Are Rural Start-ups soon to become a reality? 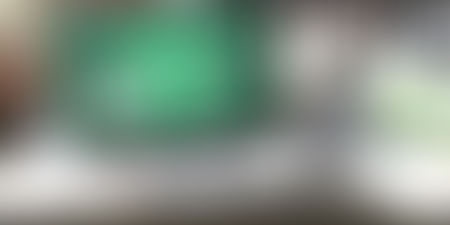 Indian villages no more left behind, set to become a part of the burgeoning internet penetration in India! 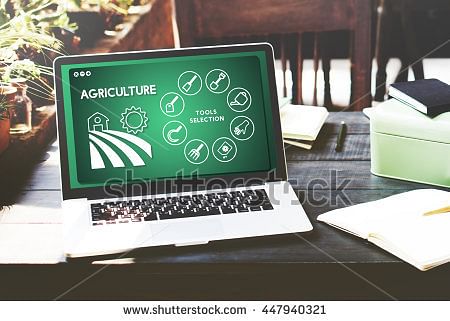 The unveiling of the annual budget this year brought along with it the announcement of PM Narendra Modi’s government bringing high-speed affordable internet to 150,000 villages in the country. Keeping in tune with the same, the government has already expanded its budget to Rs 100 billion ($1.4 billion) and laid 155,000 km long optical fibre cable across the country.

Under the new initiative introduced in February 2017 and christened ‘Digital Village’, the Indian government aims to bring free Wi-Fi to 1050 villages in the next six months. The Digi Gaon programme as it is colloquially known, aims to provide telemedicine, education and skills through digital technology. With 2500 crore digital transactions targeted for FY 2018, the project falls under the larger head termed Bharat Net Project with a massive allocation of Rs 10,000 crore.

• Primarily launched on a service-based approach and working on a top-down model i.e. under tele-education, a group of rural schools is to be parented by a lead school; under telemedicine, a group of three Primary Health Centres (PHCs) is to be led by a parent/lead hospital.

• Centre, states as well as union territories to be responsible for selection of agencies for empanelment as part of the tele-education and telemedicine drives

The seed of making rural India tech-savvy was planted way back in 2011 when the National Optic Fibre Network (NOFN) was introduced, as a bid to provide broadband connectivity 250,000 gram panchayats by the end of 2016. Renamed as Bharat Net in 2015, it failed to take off as expected with only 7000 out of 61,000 villages currently equipped with a working connection. Needless to say, the idea of making India a connected and technology-ready space across the length and breadth of its contours had germinated much before the Digital India initiative was launched.

In line with the Digital India initiative, much earlier in 2015, ICICI Bank had partnered with the government of India to develop the country’s first digital village in Akodara, Gujarat. From fostering local business opportunities to facilitating education, health and financial services and cashless transactions, technology bridges the gap at every juncture here.

Presently schools in this village are equipped with smart computers and tablets and other technology in addition to new sophisticated teaching methods in classrooms; e-health centres and telemedicine services, tab banking facility, wi-fi connectivity across the village, and skill development trainings are some other benefits enjoyed by the locals under this venture.

Despite officially taking off on 1st July 2015, the Digital India drive has only sped up in the past year or so, with Silicon Valley tech-giants Google, Facebook and a few others clamouring to tap into the unconnected 900 million Indians, most of whom fall in rural areas of the country.

Reportedly, India had 375 million internet users by the end of October 2015 and trumped the United States by these staggering numbers in 2016 alone, coming second only to China. Estimates show that at least one in three connected Indians had access to Facebook, in addition to the 200 million and rising number of monthly active users of WhatsApp in the country. In fact, the potential in India’s internet usage is so huge that on its own it adds 2 percentage points to the world’s internet user growth, while the rest of the world continues to climb on the internet usage dais at a far sluggish pace.

Realizing the massive possibilities that lay in the untapped millions, social media giant Facebook did try to push through with the “Free basics” campaign to provide free limited connectivity to the millions of Indians and get bigger than it already is.

Fortunately, the “Free basics” idea was struck down by the Indian government, with a push from tech experts and regulators, on the grounds of violation of net neutrality. Not wanting to hand over the fate of the country’s millions to foreign companies and the bubbling possibilities India’s interiors could offer, the government accelerated the Digital India drive; now with Digi Gaon authorities promise to provide basic internet access and more to empower these areas.

This is not only a sign that rural India is fast catching up on development and entrepreneurial vision, but also projects the state as a key player in the technology marketplace sharing the same space as domestic private companies and global tech biggies.

Stiff competition, though, is expected to come the government’s way as these powerful players continue to cling to the enormously growing Indian digital market: Facebook plans to make a comeback with Express Wi-Fi to equip the country’s railway stations with internet, Google’s free Wi-Fi (as a joint venture with state-run RailTel) is already said to be working at the 100 busiest railway stations in India, while Microsoft may soon launch the proposal of beaming internet into the country’s villages.

What can work for Rural Start-ups?

Some of the schemes are – the Prime Minister Employment Generation Programme, Janashree Bima Yojana for Khadi Artisans and the Centrally Sponsored Schemes (CSS) of Export Market Promotion.

Skill development for encouraging self-employment will hopefully get a boost through the recently launched Deen Dayal Upadhyay Swaniyojan Yojana, primarily funded by the National Rural Livelihood Mission under the rural development ministry. Helmed as the rural avatar of the Startup India campaign, this will provide skill development training in a variety of fields, the same being, beauty, animal husbandry, dairy farming, driving, agriculture, plumbing, horticulture, grafting, textile, etc.

Aimed at improving livelihood in rural areas, it will not only promote self-employment and commercial vision in a plethora of areas other than agriculture, but bring in greater participation of women and help them become independent financially.

In addition to all the above mentioned schemes and policies, fresh measures introduced in the annual budget this year by way of tax reliefs, incentives and tax reductions for MSMEs with turnover of less than Rs. 50 crore, increase in the period of carrying forward MAT (Minimum Alternative Tax) from 10 to 15 years, definitely look favourable for the start-up scene, both rural and urban included.

• Bureaucratic laches in getting projects go off the ground in a timely, smooth manner

• Unpredictable and unjustified abandonment of projects as had happened in the case of Chandoli, Rajasthan, where a Minority Cyber Gram programme was launched three years ago by the Congress-led UPA government and abruptly discontinued by the present Modi-government

Rural start-ups are fast becoming a thing of the present and a vision for the future with many villages across the country getting digitized. Be it Malappuram district in Kerala, or Badjhiri village near Bhopal, Madhya Pradesh, technology is rapidly leaving its digital footprints in these seemingly quiet, timid, isolated regions.

Be it the pressure faced by the recent demonetization that is propelling rural areas to go cashless, or business dreams taking flight in the optimistic, ambitious rural youth of today, rural brush with technology is here to stay and get better with passing time with a focused, strategic push from the government and encouragement and support from citizens alike.