How to do anything with your smart speaker 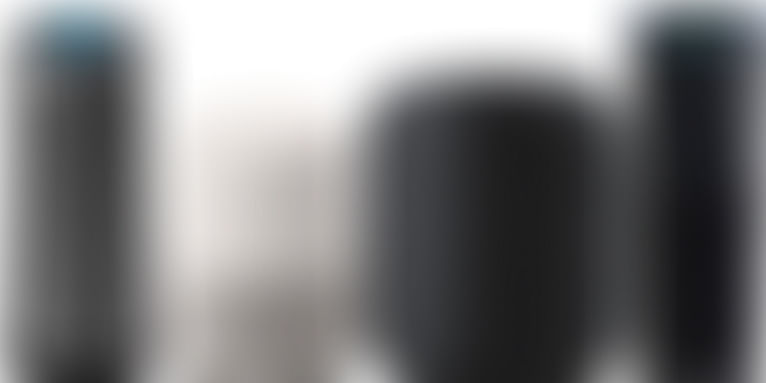 TURN YOUR SMART HOME INTO A MENSA MANSION WITH THESE AI ASSISTANT TIPS FOR SMARTY PANTS.

WHILE SMART SPEAKERS generally earn their stripes as wireless audio devices, they’re arguably even more useful as the gatekeepers to all your smart home devices. While the Google Home — the first to officially make its way to Australia — approaches its first anniversary Down Under, there’s already a lot these speakers can do to make your home smarter.

A smart speakers’ usefulness as a smart home hub rises and falls on its interconnectivity, and although Alexa controls the lion’s share of the market in the US, the Echo speakers launched here with a much smaller list of connected devices than their Google counterpart. The same could be said about the Home Kit ecosystem that can be controlled by Apple’s new Home Pod speaker, although it is privy to a number of excellent smart home brands that aren’t made available to anything outside the iOS walled garden.

He landscape of smart speakers is a particularly dynamic one and we only expect this to be compounded as Amazon and Apple begin pushing competitive local features. But despite this growth, Australia was a little late to the smart speaker party and not all the compatibility of foreign markets are offered here.

This creates a fertile arena for third-party automation apps and script integration apps to manually get local devices doing everything that’s possible overseas, and in some cases far more. his how-to feature will look at some of the more advanced things smart speaker power users can do, shy of developer level modifications, in order to get absolutely everything out of a smart home network.

SONOS HAS HAD the Wi-Fi multi-room speaker setup locked down for the past few years, but the arrival of the Amazon Echo and the Google Home has made the multi-room audio setup much more affordable. While it’s simple to ask a digital assistant to play on a specific speaker, the process and capabilities of multi-room audio vary widely from system to system. thanks to a few recent updates, Google Home actually works exceptionally well as a multi-room streaming system that can be easily controlled by your voice. While there are a number of speakers that can be controlled by Alexa (like the new Sonos One speaker), it only offers multi-room audio using its own Echo range of devices and dash cam.

Apple, on the other hand, doesn’t seem to license Siri to any other speaker vendors and although it has plans to use its existing AirPlay system to allow stereo and multi-room AirPod connectivity, it didn’t offer these features when it launched at the start of the year. The Cupertino company has promised multi-room and stereo audio compatibility in 2018 and Sonos have also touted AirPlay integration for release at some point this year. So stay tuned for updated capabilities on this front.

Whether you’ve got one Google Home and a slew of Wi-Fi speakers spread around the house, or you have a number of Google Assistant devices at your beck and call, syncing them to play the same music allows you to spread sound evenly throughout your entire home and dramatically boost the volume of individual small speaker points. While Google only released its Home smart speaker around the middle of 2017, the company actually already had a reasonably well-established ecosystem of Chromecast built-in speakers and the Chromecast Audio.

Today this ecosystem includes a considerable range of speakers from big audio hardware vendors like Sony, LG, Philips, Bang & Olufsen, JBL, Polk, Onkyo, Harman Kardon and Pioneer, with planned compatibility for Sonos on the way. So if you bought a new Wi-Fi speaker in the last couple of years there’s a good chance it’ll have Chromecast built-in, and if not, you can always bring an existing speaker to the Wi-Fi era by attaching a Chromecast dongle.

Once you’ve established all the speakers you want to include in the multiroom setup and have connected each of these to your Wi-Fi (speakers must be on the same router or mesh network), you’ll need to head over to the Home morpheus tv app and add each of these devices to your Google Assistant profile.

To do this simply go to Settings at the top left corner of the Home app, then select ‘More Settings’. Head to the ‘TVs and Speakers’ tab, then hit the plus symbol at the bottom right corner of the app. Once all the speakers you want to connect are added to your Assistant profile, tap the Devices tab at the top right of the Home app’s home screen, followed by the ‘...’ icon of one of the speakers. Select ‘Create Group’ and add the devices you want, naming the group something logical so you can remember and distinguish it from other speaker groups (ie. ‘Downstairs Speakers’, ‘All Speakers’).

Each speaker group is treated by Google as an individual device to allow you to control it using a single command, so you’ll need to create individual groups for each physical configuration you’d like your speakers to be in. hen all you have to do is ask the Assistant to play music on the multiroom grouping you’ve created.

While big Wi-Fi speaker partners like Bose and Ultimate Ears can be configured for playback using the Alexa digital assistant, the Amazon-based network will only allow multiroom playback on proprietary devices. As far as we know, even the new Sonos One and Anker speakers that have Alexa baked in can’t tap into the multiroom functionality yet. hat said, in a similar fashion to the Chromecast Audio, you could connect an Echo Dot to any existing speaker via a 3.5mm audio jack and use multiroom functionality that way.

You can pair multiple Echo devices together by going to the ‘Audio Groups’ tab in the settings menu of the Amazon Alexa app. he ‘Multiroom Music’ setting gets you to give the group a descriptive name (ie. ‘living room’ or ‘everywhere’) and asks you to identify the speakers you’d like to add to the group. Once you’ve set up your groups, multiroom music is a matter of asking Alexa to play a song in the particular area you want. 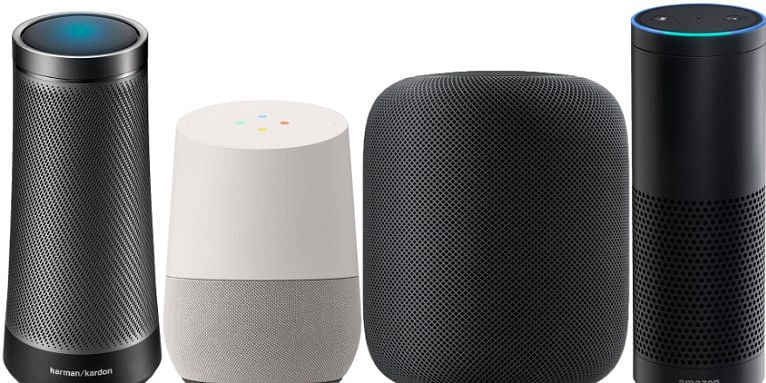