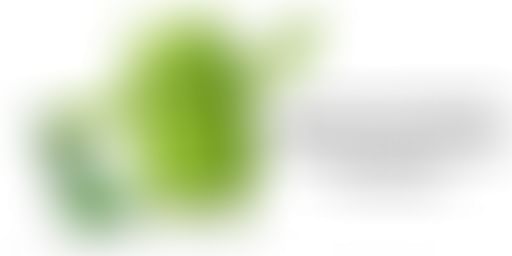 Mistakes are the part of life. However, blunders for a mobile app developer can be disastrous. The business depends on the work of an Android developer. Any flaw can invite problems that can give the business owner a hard time.

I know Android app development is a tedious task and requires a high level of precision. However, some mistakes are very obvious which any proficient Android app developer can miss. In this post, we will discuss those common mistakes.

This post will help you to hone your skills as an Android app developer. Android is open source and the most popular OS as well still, the apps for Android are second rated. By avoiding the mistakes mentioned in the post, you will improve the quality of your work hence serving better Android apps to your clients.

So, without any further ado, let’s get you started,

It does sound easy to simply copy the source code from an iOS app and then use it in an original Android app idea. It will solve multiple problems with it related to app design and functions.

In a short and precise manner, it will not. It will simply increase the problem and as a developer, you will be sacked. Remember one thing for sure; whether it is iOS or Android, both have their own unique features and compatibilities. Also reusing a design element is completely different from copying them entirely. What I ask you to refrain is copying the entire design.

To ensure the best user experience you must not design the mobile app like an iOS app. There are many technicalities that can create a huge difference in the functioning of an app. So, keep your design strategies aligned and do not clone iOS design to ensure unique and efficient mobile app design.

Did you check the compatibility of the app with the devices?

The second common mistake an Android developer always make is idealizing a single device and then developing the app according to that. It may seem the right thing to do but it is not. There are a variety of devices on which your app will function (You may include the size of the screen). Make sure that you make the mobile app responsive so that the audience of the app will face no problem in viewing the layout.

It can be a wearisome task, but the Android application development guidelines can help you revamp your mobile application for all Android devices. The dynamic app framework of Android will help you in configuring specific static files so that they can load on the basis of current device configuration.

It is a mistake if you are not using fragments

Fragments here are in the context of the behavior of the user interface in the response of certain activity. For an instant, think of a button that changes color when your user touch it or it gives a transition effect of pressing when your user touches it. If you miss these types of fragments in your application, then you will lose the interest of the user.

Another way to make your mobile app more interactive is to replace pages with fragments. When you showcase fragments in place of an entire page, the user finds your app more enticing and direct. You can make use of other Android design tools.

Many developers like to reinvent the wheel to accomplish everything. Confused I presume, allow me to elaborate. In the present time, is it sensible to discover a wheel which was discovered thousands of year before? Of course not! Improvisation is a different thing but reinventing the same wheel that was discovered earlier will be nothing but foolishness.

That’s cold I know but it is also the matter of fact as well. Developers tend to recreate many design elements to have fun. It will render your mobile app to be inefficient (most of the time). In spite of this, you should adopt the code discovered and tested by others.

I am not saying to stop innovating, but do not follow the herd of sheep who are just writing the entire code which is already there.

Mistakes are the part of life and as a developer; there will be several cases where you will make mistakes. The major point here is learning from the mistakes and developing you to be a better Android app developer. It is a slow process but it will be beneficial for the long run.

What do you think? I would love to hear from you on this topic. Use the comments section below and share your world of blunders (Don’t worry everyone has one!!!!).