How Amazon, Apple, And Google are covertly entering into the pharma world 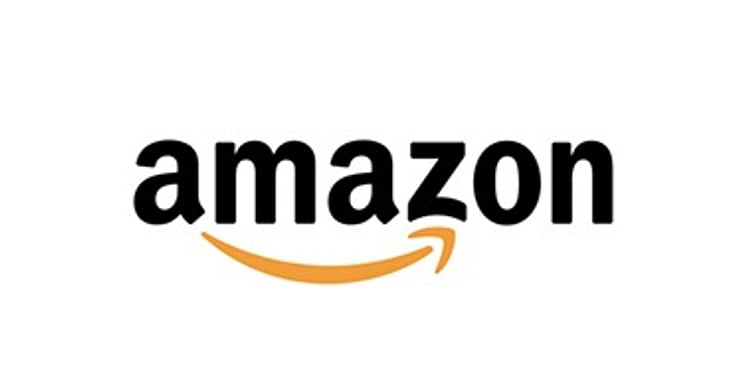 These three corporate giants are making their big bets on pharmaceutical world and how it will be any good for us.

Amazon, Google, and Apple - three giants holding a huge capital and possessing good repute in the market are making their bets in a trillion dollar industry; pharmaceutical & healthcare. Their huge investment in cutting-edge technology is surely going to make the world a better and healthy place. But the crucial thing is to know what they are up to. All the three have grown their roots and sprouted in the pharma world already and there will be no long when these companies will turn into colossal banyan trees spreading and comforting the world with their magnanimity. Read on to know how these companies are covertly entering the market and you will feel amazed to see how they're trying hard to keep their efforts secret.

Amazon is taking a stride towards one big multi-million sector yet to be stepped into, Pharmaceutical. Amazon, Google, and apple are separately trying to set foothold, alone or with allies in this field. Among all of them, Amazon has a super advantage of its large market worldwide for almost every product, from A to Z, as it logo speaks. Unlike other Giant companies, Amazon is digging into this sector and it might come up with surprising technologies and services.

Amazon has secretly equipped a special team called 1492, apparently a reference to the year when Columbus stepped in America for the first time. It is dedicated to health tech and its area of exploration includes a platform for electronic medical record data, telemedicine and health apps for existing devices like the Amazon Echo and Amazon Dash Wand, CNBC reports.

As the news of its existence came out, Amazon quickly took steps to erase all information confirming its existence to make its next moves a secret. When Amazon published its advertisement to recruit team members, it was titled under “a1.492” keyword.

Also, some members of the team listed their affiliation with this team on their respective LinkedIn profiles. Amazon erased all the references to the keyword from Amazon’s job site and from their LinkedIn. In addition to this, Amazon didn’t respond to any requests to clarify the things. CNBC also reports that 1492 isn’t the only team of Amazon that is working in healthcare and pharmaceuticals.

Amazon has invested and took a plunge into a health start-up called Grail, established by Google exec which is a cancer-testing start-up. The intentions behind investing are not absolutely clear yet. Maybe Amazon wants Cloud technology it is using that has started breathing in Silicon Valley. Usually, a huge e-commerce company doesn’t invest in such start-ups from regulated life science sector, so it is a bit of surprise. Well, Amazon must have some covert strategy behind this.

Amazon has made an alliance with Berkshire Hathaway and JP Morgan Chase in order to address healthcare sector for their US employees, with the aim of employee satisfaction and reducing costs. “The ballooning cost acts as a hungry tapeworm on American economy”, CEO of Berkshire Hathaway, Warren Buffett says. The prime idea of this is to make a company “free from profit-making incentives”. This company’s prime motive would be to aim for tech. solutions to simplify healthcare.

From the sources, it has been confirmed that Amazon CEO, Jeff Bezos organizes at least one annual meeting in Seattle headquarters. The idea is to discuss whether it would be a great idea for a big e-commerce company to get into pharmaceutical or not.

And Amazon has taken this matter more seriously this year and it is thinking to hire a General Manager for this. Japan Times reports in April 2017, that Amazon’s Prime Now facilitates drugs and cosmetic sales under “Pharmaceutical” category on its Japanese website, with the help of local industries and distributors and sells the drugs and medicines with approval from a doctor or pharmacist.

Amazon’s approach to testing and assess its new products in Non-US markets is executed more than one times, for instance, a secret testing of the drone-delivery system in Canada.

In November 2017 news was out that Amazon has started its under seek talking with some pharmacy companies for purchasing and sales of generic drugs. It has talked with the makers of generic drugs like Mylan and Sandoz. Sources say that Amazon’s plans are vague and only time will show what Amazon will bring to the world. The plans discussed were maybe the tactics to take a role in purchasing drugs, competing drug producers like McKesson, AmerisourceBergen and Cardinal Health.

Moreover, Amazon also has started selling healthcare and pharmaceutical products. Alongside its Echo dot and dash wand and its AI Alexa, it has already started taking baby steps in this pharmaceutical world with several products also. “I think Amazon would introduce a lot of transparency to what drugs really cost”, quotes Stephan Bucks, a health entrepreneur and co-founder of GoodRx.

Apple has made its intention very clear about expanding their business into Healthcare, while Amazon still executing its exploratory approach behind the curtains. It has introduced its technology to revolutionize the whole Patient-doctor relationship and concerns. Moreover, it has been doing research work with industry experts to make sure that their technology is responsive up to the mark.

Apple-in-hospitals is a great tech full of intuitive tools, which helps not only the patients but doctors also to work efficiently.

Apple watches and other devices provide information of clinicians assigned to a particular individual. A patient’s all test results, laboratory reports and instructions for medication are available in the app’s database and both, doctor and patients can access this details and can act accordingly. Apple watches would notify doctors about their patients’ visiting time, their test results and emergencies. This tech. facilitates a patient informed and engaged with their own health and provides data right when they need.

Patient care at home for chronic diseases like hypertension, high blood pressure, diabetes facilitates a patient with regular monitoring of blood pressure and other medical data and real-time response from doctors.

A patient needs to enroll for his/her disease into hospitals where, using iPhone or iPad, for instance, a blood pressure measuring device is synchronized and it records and shares the data with doctors at a hospital. The daily routine of patients can be recorded by Apple watch and it will automatically send data to Apple Health app.

Moreover, Apple has built up Healthkit, Carekit, and Researchkit. Healthkit provides a platform to use apps and other medical devices to record patient’s data, Carekit creates apps that empower patients to manage their health, and Researchkit provides an open-source platform to researchers to utilize their studies and build the apps that track patients’ data and update it more frequently rather than periodic doctor visits.

After unveiling Researchkit in March 2015, Apple has made its partnership with a drug company, GlaxoSmithKine. This British firm announced to use its Researchkit to conduct a medical study on Rheumatoid Arthritis. GSK has used ResearchKit's framework to create its own app for the iPhone. The three-month study will use the smartphone's sensors to track the symptoms of rheumatoid arthritis, including joint pain, fatigue, and mood.

Apple is likely to take pharma world by storm with improvement and innovation in its existing tech and more collaborations with the companies having big capital.

Google, an another Corporate-Giant investing in Pharmaceutical

Google, another internet giant making bets on human health and wellness, entered the world of healthcare in the year 2008 with its tech called Google Health. The app was supposed to let individuals to access their medical and health records on a single platform. Due to failing in achieving significant take-up, it has to be shut down in 2011. Later in 2014, Google came up with another intuitive tool called Google fit, similar to Apple’s Healthkit, which facilitated similar platforms for building apps that collects and stores data which can be reviewed by the user on synchronized Android devices, Google wearable, and tablets.

One of the start-ups of the Google, GRAIL, is working on the most ambitious tech in Silicon Valley, a cloud storage. GRAIL’s prime mission is to detect cancer when it can be cured. GRAIL is working on the early symptoms of cancer in a healthy human long before cancer cells’ presence is observed, and for this, a large cloud storage is required to store and process the data. Amazon also has invested in this start-up as it wants a piece of this cutting-edge tech.

Google’s healthcare and the pharmaceutical world is consist of mainly 7 major initiatives, Google Cloud, Google search, Google research, Google fit, Calico, DeepMind and Verily. Calico works on aging, one of the greatest mysteries of human life. Calico is a company of scientists from medicine, drug development, molecular biology, genetics and computational biology. Calico’s driving power is their belief that tackling aging and increasing healthspan can only succeed with cutting-edge science and transformative technology and that both are fueled by intellectual freedom and creativity.

DeepMind was founded in London in 2010 and is now acquired by Google in 2014 as a new part of Alphabet group. It is a world leader in Artificial Intelligence research and applications for better impacts on human life. Its prime mission is to enlarge boundaries of existing AI so that it can solve the most complex problems without needing to be taught. Google has invested its huge capital and ROI will start, the world will be a better place.

Googles Verily, another company of Google in the healthcare arena, is tackling the pharmaceutical world. As Bioinformant reports, In February 2016, Verily announced that it negotiated a lease of a 4 lac square foot facility formerly used by 9.7 million dollars pharmaceutical company, Onyx Pharmaceuticals. Verily, making a huge investment like this definitely has some covert missions to accomplish.

Verily’s mission is to create tools that collect and organize health data which further can be used for better purposes for individuals. Verily has three guiding product design principles: start with the user, simplify care, and lead to security and privacy. It also design tools, for instance, it introduced “Liftware- Level”, a robotic spoon that makes meals easy and comfortable for people with less arm mobility.