Design Thinking helps you to create an app for your business 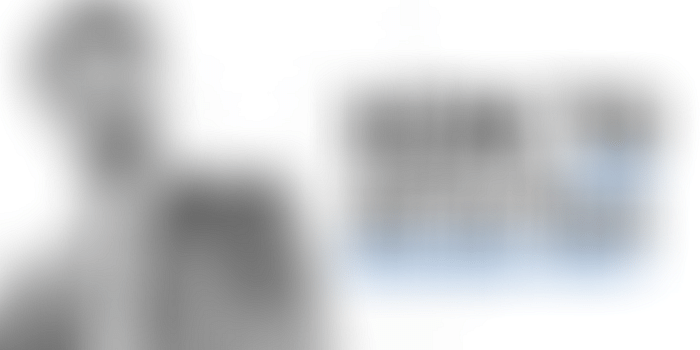 Being an IT person at the core of my heart and a professional developer, I find this Edison quote so relatable all the time.

Most of the applications or systems that you are using on a regular basis would have thousands of other competitors (most of them being out of the league) trying to reach at least half the market potential of that app. Even the best of apps would make you feel a little dissatisfied at times and you’d always feel the need for extra features to be present within that app.

It is this mere assumption that more features would lead to a better product that gives birth to thousands and thousands of apps that go down the drain way too quickly. We often fail to realize that sometimes the best products (apps) are the ones that have the least features in them with enough space to fit only the most essential ones. Just like the Edison quote that we began with, even an application’s worth consists of what it does than what it has. So, how do you create an app that works?

Keep these seven steps in check for a fool-proof formula in creating a worthy application:

To create a balanced app is a Himalayan task that can be made easy by using ‘Design Thinking’. NO, this is not propaganda to promote ‘Design Thinking’. It’s simply more effective than most other methodologies because of its humane process that keeps the end-user at the center of the problem-solving process while creating anything. In fact, although it originated from designers and design schools, it can be applied to almost all the major areas that deal with or involve humans.

There’s no rule or definite pattern when it comes to design thinking. But in order to introduce this process to beginners for them to understand and learn it, the whole concept can be boiled down to five basic actions i.e. to empathize, define, ideate, prototype, and test. This is not at all a linear process and will have to be followed up until you meet the desired result (do not panic, it’s not even half as hard as it seems). Just as you can see, ‘empathy’ is what marks the beginning of this process. What’s more powerful than the bond formed through empathy!

One of the most common errors that companies, trying to launch apps with preexisting competitors, make is that of overloading the apps with way too many features at one go which simply ends up backfiring.

Technically this error of including every possible feature into the app is called ‘Feature Creep’. This, instead of helping the user, ends up averting them because the users are either scared of the complexities or get bored too soon too often. Parker Software, a well-known software development company based in the UK, quite beautifully phrases this scenario as ‘everything but the kitchen sink’.

Product companies think it’s cool to have so many features and we totally agree that some of them are. But the ‘WOW’ factor will only make people download it once for their personal amazement. As soon as the work piles upon them, then end up forgetting most of these features and go back to using the most necessary ones. The trick is to make the app more friendly and simple in a balanced way instead of a fancy and bulky app (take theme launchers in regards to stock-android for instance). This is where the ‘MVP’ kicks in.

Oh no! It’s not another scary acronym. MVP simply stands for Minimum Viable Product and is an indicator of the first test phase. This is where instead of creating an application with all the assumed features, you smartly prioritize the product with only the most essential and the most functional modules that can fulfill the niche purpose of the end-user.

I know, it’s not easy but when have I ever left my readers hanging without a good reference to go to?

Here’s all you need to “KNOW HOW TO BUILD AN MVP RIGHT”.

3. Breaking Down the Budget

Ah! Here we are finally, talking about the part that we care the most- the budget.

One of the most important parts of any business is budget and this is where most companies fail because their budget lacks proper planning. In all these years, I have seen so many clients complaining that they’ve run out of money and that they cannot continue with their project. Situations like these turn out to be real tear-jerkers for us developers too. We get attached to projects without a clue that they’d soon be orphaned. This is why I recommend the “30-30-30” rule.

Invest only 30% of your total budget into designing and developing your MVP. The other 30% can be wisely divided for testing, deployment and market analysis of the MVP. The final 30% will help you create the tried and tested app (we can call it version 1.0) that would get you to the place you wanted to be, successfully. That’s all folks!

Well, you might have already judged my math skills because what I said only adds up to 90% and you’d be wondering what to do with the rest 10%. To be honest, hang on to it like your life depended on it. This will come handy in case of glitches or hiccups and if there aren’t any then you have saved 10% already!

It’s been an ‘agile’ world ever since the market is ever-changing, you never know what might differ and when. So, out of the three engagement models i.e. fixed price model, time and material model, and dedicated resource model let’s throw the former one out of the window.

‘Fixed price model’ is almost outdated since it barely allows any flexibility. It’s mostly useful for companies that intend to modify or add a few specs on top of the existing ones or to solve any acute issues. For the ones (especially startups or companies with business ideas) with a raw idea, this might turn out to be risky if not entirely futile.

‘Time and material model’ is much feasible when it comes to building an app from scratch. This model allows you to execute the rest of your plan inconvenience with the kind of progress that your project is making. This also helps you to alter anything within the app as much as you need. Although this might seem a little expensive initially, the truth is, in fact, the opposite because this model sees to it that when you’re finally done, it’s just the way you wanted it to be. The only drawback to this model is that the resources working for you might also be working on other projects as well and hence you might not be able to utilize their entire time. This might lead to a little delay but after all, you’re only paying for the time they worked on your project.

‘Dedicated Resource Model’ is a perfect fit for almost every company. There are four more engagement models within this model. You can read more about them within our website. To talk about the crux of it, it’s as simple as renting a developer or even team for a specific time period. So, basically they will work for you as an employee of yours and you only need to pay them on an invoice basis without having to worry about nurturing or firing them. You get to pick your developers from a long list of choices after screening them (if you wish to). The price is much less than what the end result would look like.

But that’s not it. Deciding on an engagement model might help you boil down the companies that you intend to contact for your project and you might even successfully kick-start the project but nothing is going to be as big a contribution as ‘Channeling and Retrospection’.

I am using way too many fancy words, am I not? Pardon me for that. All I mean to say by this is that you need to spread empathy among the developers too. Most often, I have witnessed in this industry that clients keep giving a set of requirements to the developers and in return, they finish the task assigned. The flaw with this way of working is that these set of tasks will only remain as tasks for the developers and they’d never be able to connect with the app that you want them to make. This is why a lot of functional bugs keep appearing in many apps.

It’s easy, you know, to eliminate these unnecessary issues. All you need to do is to connect with the developer and let them know the whole and soul of your idea. This way they will be able to imagine how the end-users would use the app and what their role in the entire process is going to be like.

6. Test Till They Trust

You heard it right! Till they (the users) are comfortable with the app. The purpose is not just to make it workable, but majorly to make it usable and connectible. This is how ‘User Experience’ i.e. UX came into existence. It is the UX that decides your app’s longevity.

So, how do you make sure that the UX goes right? By simply following the ‘design thinking’ standards and by ensuring that everything’s in the right place. Testing is a continuous task that will keep repeating until your users start trusting the app and even then in order to maintain that trust.

All these points that have been stated above are really important and if followed correctly, will lead you to build a system that not only works but is also accepted wholeheartedly by your users.

Development is a constant process of improvement that marks its step by step evolution and probably that’s why it’s called ‘Development’.

This might seem like a long blog to you but this is just the tip of our iceberg. There’s so much that happens within good software development companies. You can always know about our processes by simply asking us how we work. Now it’s your turn to let us know yours.