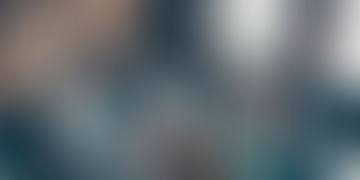 Years after years we are having the perception that a business must be set up in a developed country.

Years after years we are having the perception that a business must be set up in a developed country. Then only it can avail the resources that are necessary for its smooth operation, growth, and expansion. But, an entrepreneur should keep in mind that a startup can begin its journey from anywhere. The higher the needs, the greater will be the opportunities for the startups. Thus, it is wise to set up startups in underdeveloped countries, conflicting nations, or countries that are new to entrepreneurship. As a result, startups can take advantage of the untapped problems that are offered by these countries. It will not only generate profits but make an incredible impact on the overall country.

We can classify startups into two broad categories:

Since transformational startups have a direct relation with economic growth, we will focus on them only.

Since startups begin with limited resources, they will remain small in size. They require candidates to fill vacant positions and thereby create employment opportunities. More employment means the unemployed people will be able to earn money now. So, they will have higher demands for products and services. It, in turn, will promote the economy and move it forward towards stabilization.

Startup means that we can expect some innovations in the business world. This innovation helps them to create competition in the market. Moreover, their new ideas lead to the development of products that can improve your way of spending life. Thus, startups have an immense contribution to economic dynamism.

Startups offer direct benefits to cities of their origin and the people who are living there. We have given some examples to make this concept more clear to you. Consider Infosys that has changed the outlook of Bangalore. Similarly, Alibaba had an immense impact on Hangzhou, Microsoft transformed Redmond and Google impacted Mountain View, California.

All the companies mentioned above were small when they started and gradually grew into world giants. As they grew, they transform their city of operation as well. Their primary aim was to change the employment pattern by creating job opportunities for both experienced and young professionals. Thus, graduates and professionals from different cities started migrating into these developing cities.

Multiple Levels of Impact on the Economy:

Revolutionary technologies of startups boost the economy and develop new industries over time. They become money-making engines when they go public. Hence, they collect investments by selling their shares to the public at large. They thereby transfer a part of their profits to the common people who are not a member of the company.

Now, let’s have a look at another example: The founder of Infosys generates a wave of wealth creation among the middle-class employees of India. On the other hand, Alibaba benefited SMEs by overcoming the trade entry barriers of China. Furthermore, these businessmen started a vicious circle by investing money in the business of their friends and relatives.

Can you remember the time when a great economic downfall hit the USA? At that time, the American economy managed to recover the jobs which were lost due to recession. This was possible due to the startups which emerged in the USA market.

Records have shown that 95% of USA companies operate with less than 50 employees. This is a significant way to facilitate the economic growth of the country. Then, imagine the number of benefits startups can offer to the economy of your country.

Why Startups are Driving Economic Forces?

Startups can force the economy to take one or more steps higher in the following ways:

Older companies try to invest existing technologies, R & D, and incremental innovation. While startups aim at cutting edge innovation by utilizing new technologies. They can deeply motivate their employees to work in the desired manner. They are more efficient in transforming an idea into a product. Even successful companies use the size and distribution channels of startups. Thus, they increase their sales turnover and bring innovation in their way of doing the business.

Startups introduce new products to transform old markets or give rise to new markets for the economy. New technologies inspire existing companies to bring innovative ways of doing business. As a result, it fosters a healthy competition that will benefit the end-user ultimately. Therefore, ambitious startups can disrupt the economy and change the entire world.

Startups can make good contributions to the production of goods and services. They often try to cater to the demands of the niche market. Hence, it tries to look after the markets that were neglected previously. Startup activities can significantly promote the growth of jobs in the private sector.

As we have discussed earlier, startups have maximum contributions to their area of operation. They can create additional jobs to compensate for the destruction caused by existing companies. Moreover, they bring an inflow of foreign capital into the economy and benefit its residents. Thus, startups can grow an economy from its stagnant state.

It is clear that startups create ripples in the economy to change the way of living of the people. This does not mean that all startups evolve into great performing businesses. Still, we must try to help these startups as much as possible. So, let us take the responsibility of nurturing the entrepreneurship ecosystem. Transformational entrepreneurs can do a great job and break geographical boundaries if they get proper assistance. No matter where we live, we must contribute in some way towards the growth of the society.