Ethereum Vs Bitcoin : Which is Best for Your Business?

If Blockchain was considered as a buzzword, then Cryptocurrencies are no lag behind. There have been stats incurring the importance of cryptocurrencies in recent times. Around 41800 people have already invested at least $100 in cryptocurrencies. The craze around cryptocurrencies have taken over social media as in every 3 seconds, there is a post on social media talking about Bitcoins. Not just Bitcoins, Ethereum also has maintained its spot. But still, millennials are confused between Ethereum and Bitcoin. Which one is better than the other? Are they driven by the same purpose and approach?

In this blog, I am about to discuss the differences in purpose and approach between Ethereum Vs Bitcoin?

Introduction to Bitcoin and Ethereum:

Bitcoin was introduced in October 2008 through a white paper published by an anonymous person (or group of people) known as Satoshi Nakamoto. The white paper released is called “Bitcoin: A Peer-to-Peer Electronic Cash System.” The inception of Bitcoin was based on Blockchain Technology. Bitcoin has been primarily used in the transmission of digital assets between distributed peer to peer systems. All transactions on this distributed peer to peer digital system have been done in public ledgers that are unalterable and untraceable at any point in time.

Formed by Vitalik Buterin in the year 2015, Ethereum represents a decentralized platform that runs Smart Contracts which are exactly as programmed by Ethereum developers without any possibility of fraud, censorship, downtime, or third-party interference. It is best suited for decentralized applications or dApps.

Now that we know, the standard definitions of Ethereum and Bitcoin, let’s move on and discuss through the tabular chart the differences between Ethereum Vs Bitcoin:

There have been huge debates that are going around the corner as who has won the battle between Ethereum Vs Bitcoin. There have been a lot of statistics and trends that can help in evaluating the decision to choose which one is better than the other. Ethereum and Bitcoin both have their own set of advantages and disadvantages.

For the wider scope of applications, Ethereum has turned out to be a better choice with a decentralized platform that runs on Smart Contracts has been a choice for SMEs, Entrepreneurs and business owners for their mainstream blockchain applications based on Ethereum. Ethereum has been more robust than Bitcoin, however, Bitcoin has been the more stable cryptocurrency than Ethereum. Bitcoin and Ethereum have been different versions for the advancement of blockchain technology. In the end, it is difficult to say who wins the race or not as both of them have different competencies.

To make a more confined choice, you can always look out for options that best suit your requirements. So, if you are still confused and looking out for a blockchain developers for your next blockchain project, consider ValueCoders, offshore IT outsourcing company based in India that has worked on multiple Blockchain projects and has helped companies to build decentralized products such as Ethereum Wallets, Smart contracts, ICOs, etc.

I hope it helps!

Tech Enthusiastic, Worked as a Full Stack Developer for 10+ years until I caught on to the Blockchain buzz. Currently working as a Blockchain developer while consulting people on emerging technologies. 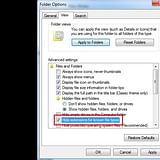