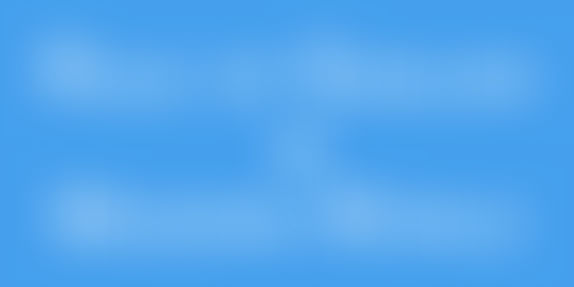 It is considered the most commonly used language. More than 450 million people consider him a native. Another 600-650 million citizens use English as an additional language for communication. It is considered in demand in many countries of the world. Knowledge of the vocabulary and grammar of this language is extremely necessary in order to study abroad. Do not do without it and want to find a prestigious and highly paid job.

In this article you can learn all the features of the English language, as well as find out why it is so in demand. History of the emergence and development of a foreign language, to understand the role of English in the modern world, first of all, it is necessary to know the history of its creation.

The creator of the most popular and popular Oxford dictionary identified 5 main events that influenced the formation of the language. It's no secret that it's almost impossible to find out exactly how language was formed. It is known that the German invaders arrived and settled in the UK in the 5th century AD. They spoke Germanic proto-language.

Specialists have a small amount of information about this period. This is due to the fact that written archives and documents of that time were not found. The formation of dialects is confirmed by the sources of the 7th-9th centuries. All of them relate to the language that Alfred the Great in the 9th century called English. Some experts believe that the development of English was influenced by Celtic. From the middle of the 9th century, Norwegian invaders settled in the UK.

It is believed that the speech of the Scandinavians strongly influenced the development of the English language. For several centuries after the Norman Conquest, significant changes took place in the English language. The inflectional system that was formed in that period is still used today. According to her, in English, the generic terminology of words is almost not used for grammar.

Borrowings from other languages are known, which eventually began to appear in the written language. In the late medieval and modern period, there were stable processes of standardization of the English language. Written and spoken language continued to change. There was a so-called great movement of vowels. From the beginning of the seventeenth century, the influence of English was felt throughout the world. Over time, it began to be used by people from different countries.

The importance of English in the modern world at the moment is quite large. Quite recently it was for us a foreign language, and today it is international. In all countries of the world, the study of English is of great importance. Almost everyone dreams of studying it at least at the initial level. Today, children begin to learn this language even at preschool age.

Many do not understand whether English is needed in the modern world. However, it's not a secret for anyone that today he plays an important role in the job placement. People who want to find a prestigious and highly paid position must necessarily know the English language well. This is due to the fact that large firms often cooperate with foreign partners.

To date, English is an international language. They need to have a good enough knowledge to negotiate fully and conclude deals with foreign partners. Travelling in English-speaking countries is possible only if you know and understand foreign speech. It's no secret that today almost every person wants to go on vacation abroad.

Thanks to the knowledge of English, you can easily communicate with people not only in English-speaking countries. There is a certain percentage of the population in any part of the world who can understand foreign speech. English is also well owned by people whose work is connected with tourists. In the event that you know a foreign speech, you can always easily ask for help in a foreign country. That's why you will feel confident abroad.

The role of English in obtaining an education

The role of English in the modern world is evident to students who wish to receive a decent education. His knowledge allows you to study at any university. The received document on education is quoted in all countries. It's no secret that having, for example, a diploma from the University of London, a graduate can get a job in prestigious work anywhere in the world.

Almost in any large libraries, there are books in English even lots of online resources are also providing few books for preparation of different exams like BA English Guess Papers etc.

Detectives, novels, poems and other works can be read in the original, knowing a foreign language. It's no secret that translating books are not always accurate and literal. Not less valuable are the originals of technical literature. Thanks to the knowledge of English, it is possible to study in more depth the equipment or equipment of interest.

The role of English in the world of technology

The relevance of learning English can also be explained by the rapid development of technology. Annually specialists from all over the world create new inventions. They are given names that are most often English-speaking. Surprisingly, the words familiar to us, such as the laptop, computer, scanner, mobile and others came from English.

Thanks to the rapid development of the Internet, representatives of different nations began to closely interact on the Web. In order to understand each other, they use English. The role of English in youth life English plays an important role in the lives of adolescents and young people. Computer games in English are very popular among gamers. It's no secret that many young people spend a lot of free time using them.

Knowledge of foreign allows you to easily use not only games but also applications. A large number of English words are present in the youth speech. Experts believe that this is due to the stereotypes and ideas that were created in adolescent society. Young people are sure that the standard of living in America is much higher than ours. Using in their speech English borrowings, they definitely approach their ideal in a certain way.

Most often, specialists with foreign knowledge are needed in the field of education and science. The highest level of English proficiency should have students who want to connect their lives with information technology. Work for those who know English is almost always in large companies.

There are required specialists-translators. Some firms are ready to train prospective candidates at their own expense. Knowledge of English is also necessary for secretaries since in large companies they often contact international partners. You can’t do without foreign and tourism workers.