By Krupali Mandavia|13th Dec 2018
What holds for the future in technology?

Companies around the world are expected to reinvest savings in new technological solutions to improve business outcomes and efficiency in 2019. Here’re ten technologies that would probably attract everyone's attention. 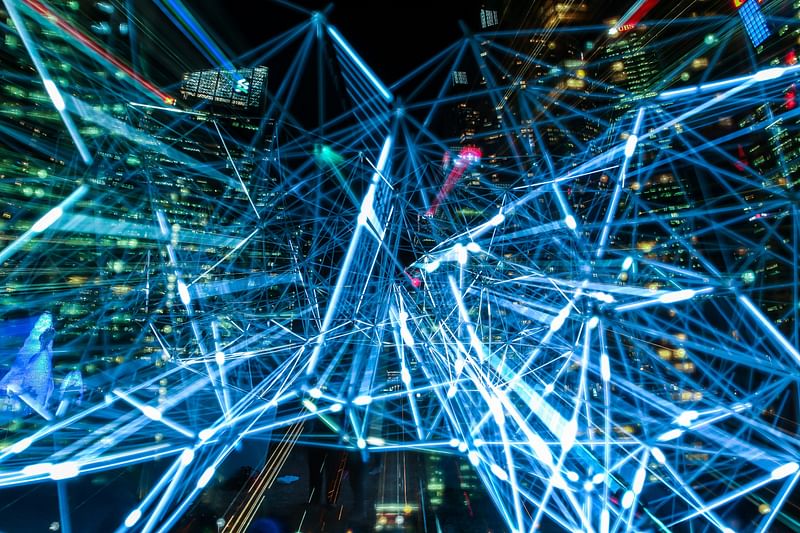 Blockchain is as significant as internet was 25 years ago.

A blockchain is a global online database that anyone, anywhere with an internet connection can use. Unlike the central databases, blockchain does not belong to anyone. With the entire network looking after it, cheating the system by faking the document, transactions, and other information becomes impossible.

A blockchain stores information permanently across a network of personal computers. This technique decentralizes the data and distributes it. Millions of users make it difficult for any one individual to take down the system or corrupt it.

The word 'blockchain' often reminds people of the cryptocurrency, Bitcoin. However, it is not just about cryptocurrencies anymore. Several financial institutions and healthcare companies have integrated blockchain technology in their infrastructure during the last two years. In 2019, governments, central banks, technology companies are expected to embrace the blockchain technology and offer more security, less cost, as well as better experiences for consumers. The demand for blockchain development would surely increase.

Currently, most countries around the world have 3G and 4G networks for phone calls, messages, and the internet. Now, some nations are gearing up for 5G networks that have the potential to transform the web. 5G which is currently in testing mode is said to have 100 times better capacity than the existing 4G networks. The advanced 5G would be able to help download a two-hour film within just 3.5 seconds. The super-fast network would respond to the user’s command in just 1milisecond.

5G networks would also enable users to use network slicing technique and pay for the increased size of mobile-network for boosting internet capacity.

Reduced response time is essential for powering self-driving cars, industrial equipment, agricultural machinery, robots used at factories, medical equipment, and other smart systems powered by the IoT. Handset makers are all set to launch 5G ready smartphones in 2019. The governments in China, India, and the UK might organize their 5G spectrum auctions as well.

The IoT has evolved a lot, and it's no more just a connection between different smart-devices consisting of sensors. IoT Solutions combined with AI, Machine Learning, and 5G networks can revolutionize the way manufacturing, healthcare, and financial services sector works.

IoT products for utility markets, retail, and manufacturing sector are already attracting attention. As soon as telecom companies start 5G network tests on a large scale in 2019, the demand for IoT devices would witness a bigger push. Besides smart home care products, sales of IoT powered applications like telemonitoring; remote monitoring systems would pick up speed. 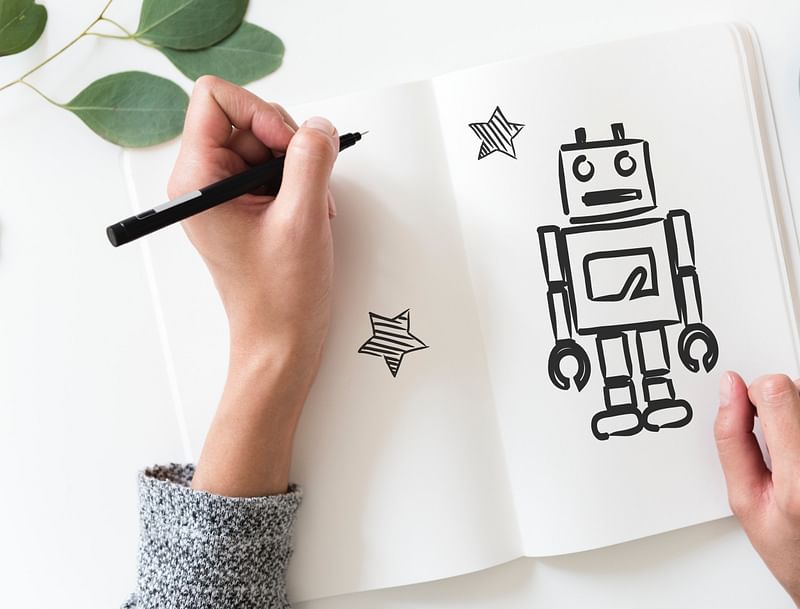 It's all about Automation

AI units have managed to excel in specific tasks like driving, playing games, painting, cooking, responding to voice command, face recognization, etc. as of now. However, the aim behind artificial intelligence development is creating a computer mind that can indulge in complex reasoning, instant learning, and think like a human.

Facebook has an impressive set of AI solutions deployed to detect provocative content, terrorist propaganda, and of course, to suggest friends. The company is working on AI tools that can identify hate speeches. The search giant, Google, has been using its algorithm learning AI system for several years now. Apple’s Siri, Amazon’s Alexa, and other conversational AI systems have already succeeded in creating a space for themselves.

AI has a broad application in different areas, including the banking sector. The Bank of Merrill Lynch has developed a system that uses AI and machine learning to analyze corporate clients’ receivables and help them match them automatically. In 2019, the world would probably see some more interesting AI-based products coming from China and the United States.

During the last two years, it is clear that big data applications are here to stay. Back in 2016, around 40 percent of the big companies had embraced the data-driven approach. But by 2018, it reached the 70 percent mark. Those who fail to change their strategy would be left behind. Thus, experts believe that even small startups would embrace big data in 2019 to disrupt established firms.

Besides reducing operational costs, the big data and AI together can help small and large companies to improve efficiency, and in developing fraud prevention abilities. Most importantly, both solutions would help companies to understand the prospect's needs and target products accordingly. 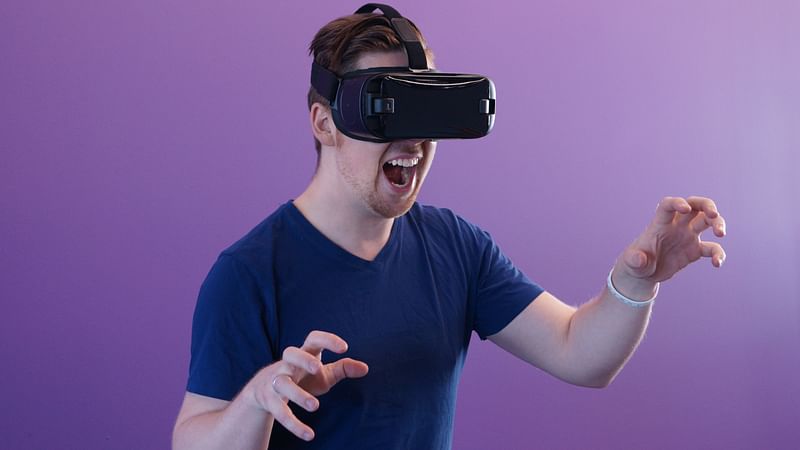 Virtual reality (VR) is a three-dimensional computer-generated environment. The user can interact; explore it with a 360-degree simulation headset. The rich, famous, and elite enjoy immersive video games and films on the devices that also work with specific smartphones.

No doubt, VR offers interactive and immersive experiences. But, the cost of the hardware has kept several consumers away. According to industry experts, in 2019, the companies would probably prefer to navigate prospects through the experience so that users would know what exactly the device has in store. Hardware makers would perhaps prefer launching a cheaper version of VR headsets for developing countries.

This can sound too good to be true. But, General Motors and Tesla's self-driving cars may achieve full self-driving in 2019. Tesla, Google's Waymo, Uber, GM, and small tech-companies from China have developed their prototype after intensive and focused testing for several years.

Beta testers have already tried their hands on some of the models. As of now, only Waymo has launched its self-driving taxi service in Phoenix, Arizona recently. But just a selected few would get the opportunity to sit in the vehicle during the trial phase. The chances are that individuals other than testers would get the opportunity to sit in these vehicles in several countries during 2019.

Somehow, despite the hype, 3D printing failed to find takers. The world heard and read a lot about 3D food printer, 3D printed drugs, Michelin's 3D-printed tire, 3D printed dress, 3D printed prosthetic hand, and other impressive products. Perhaps, the small, affordable 3D printing devices and cartridges were not marketed properly. Plus, the world also lacks users who have a little bit of experience in handling these devices. But, the IoT and machine learning evolution would probably make 3D printers more accessible in various markets during 2019.

Machine learning can be termed as a technology that allows software programs to make decisions based on a large amount of data fed to the system. This technology is closely related to AI and has been around for several years. The automated Forex trading platform is the best example.

But now, the automobile industry has noted its significance. Automakers are set to use the technology in certain cars that would track the previous data and alert the users when the vehicle needs repair. The American Army has installed a similar system in some of their combat vehicles.

Hyperloop involves floating pods (with magnetic levitation) in air-free low-pressure tubes. It can travel as fast as 700 MPH. It happens to be Elon Musk's brainchild, but besides Tesla, there are several companies, including Virgin Hyperloop One, that are testing prototypes. Feasibility studies have already begun in the US, Europe, and India for Hyperloop projects. The year 2019 would see more designs and trials.